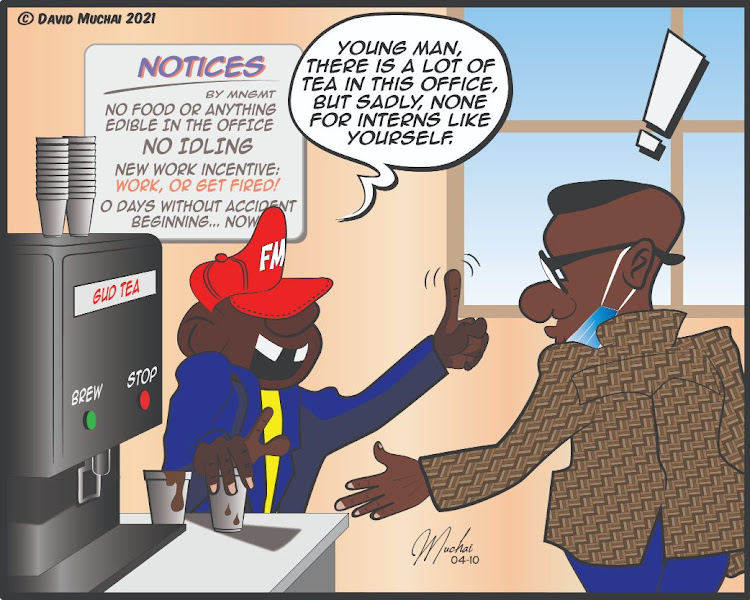 People are calling Gen Z one of the boldest generations to exist.

By people, I mean a number of magazines and papers I’ve been reading, and by bold, I mean they don’t give a hoot!

Especially when it comes to areas where a lot of effort needs to be made, like at the workplace.

Now that Gen Zs have joined the workforce, meeting Millennials, Gen Xs and Boomers, things are bound to be interesting at work.

They are saying Gen Z is disrupting the environment at work and not in a way that the ‘old regime’ appreciates.

Personally, I’m a late Millennial and an early Gen Z, so I’d say I’m a half-breed. But I have always been told that the way up is to work harder than everybody else.

Hard work, I have always assumed, is putting in the extra work, getting to work earlier than everyone and occasionally asking to be delegated extra, to give a helping hand.

Most millennials before me conform to this, but I’m having a hard time picking which side to be on.

Gen Zs are not up to licking boots, kissing behinds or putting in extra hours for free because ‘it’s giving shackled’.

This just baffles Boomer, Gen X and Millennial bosses because nobody likes it when the status quo is changed.

I love that Gen Zs have acquired a reputation of standing up for themselves in the workplace because so many people older than them have not had the guts.

So many have been swallowed up by the toxicity of many corporate spaces that they have become the main propagators of toxic work environments.

Gen Zs are telling us that it’s okay to quit jobs we don’t like instead of sticking around for a pay cheque because nothing is ever guaranteed anyways (remember how the pandemic went?).

Gen Zs have come to workplaces with so much loud enthusiasm, wanting to be heard, and if you have met a Gen Z before, you know how loud they can be with their fashion sense and their creative ideas.

I hope Gen Zs really get to be trailblazers for coming generations and that they’ll make it even better for them.

The way millennials made it better for them with their disruption by bringing more diversity and a person-centred rather than company-centred mindset into the office.

I want to see work-life balance prioritised in work environments.

I want to see mental health given greater focus at work by Gen Zs pushing for it to be acknowledged more and more.

If not with us, then with those coming after us. For our kids.

Until then, everyone has to find a way to work together.

The thing most Gen Zs and Millennials have in common is that they wish to make their mark on the world somehow.

Until then, this (where they currently are) is just a thing that needs to be done before they start their own thing and eventually change the world.

Being their own boss is a big deal for many Gen Zs and Millennials, and that’s one thing I respect.

I respect even more the ones who are passionate about finding their purpose and using that to change the world.

Journalists can change the world