TO HELL AND BACK

Patients endure beatings, exorcisms and even forced marriage but say it doesn’t work 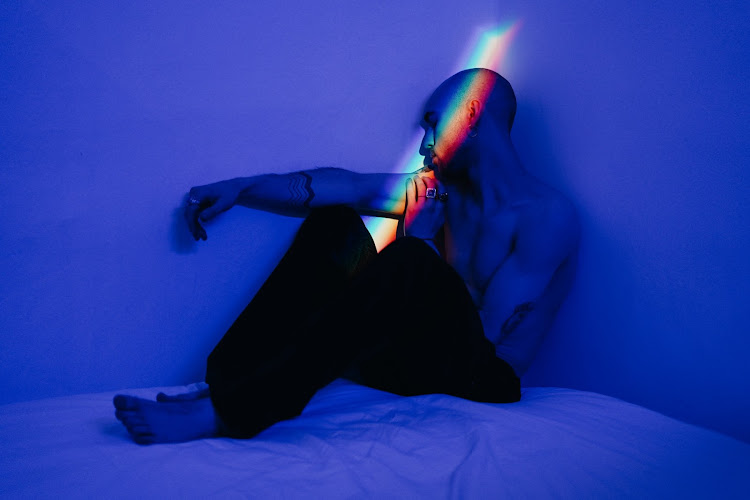 Kenya has had an anti-homosexuality law since colonial times. After the British left, the founding government upheld the same law.

Article 162 of the Penal Code has provisions to punish anyone who practises same-sex relations with up to 14 years in prison for ‘carnal knowledge against the order of nature’.

“Article 165 criminalises sodomy, terming it an indecent practice between males, and is liable to up to five years in prison,” the penal code reads.

For many years, it has been said that same-sex relations or mannerisms are things practised in the West.

Africans have often distanced themselves from the act of homosexuality, saying it is against traditional beliefs and even Christian beliefs gotten from the West.

The West has also had its ways of confronting homosexuality in its communities, and it seems Kenya is following suit.

A proclamation by someone that they are either Lesbian, Gay, Bisexual, Transgender, Intersex, Queer or other (LGBTIQ+) is usually received with the same consternation as a terminal illness diagnosis.

Disclosing one’s sexual or gender orientation now can not only be met with homophobia (an array of negative attitudes, feelings or actions against those who identify as or are perceived to be LGBTIQ+) but also suggestions to correct their sexual orientation.

According to a recent report by the Gay and Lesbian Coalition of Kenya (GALCK+) titled ‘Shame Is Not a Cure’, many LGBTIQ+ persons’ families resort to conversion therapy practices to convert them back to ‘normal’.

One common practice of conversion therapy, according to the report, is prayer.

Anthony* (not his real name), who identifies as gay, describes his family’s reaction to his sexual orientation as denial.

They said he had been possessed by the devil.

“I was told that being gay was demonic and that I needed spiritual intervention to be cured of the homosexuality spirit,” he said.

Anthony said he went through a lot of prayers and, at some point, contemplated committing suicide because he felt unaccepted.

I was first beaten by my dad. Then together with my pastor, they forced to kneel down for a five-hour prayer as they bound the spirit in me, commanding it to come off me

PRAYING THE GAY AWAY

Faith-based organisations, GALCK+ said, have been found to offer spiritual services to families with a member who identifies as LGBTQ.

In GALCK+’s report, one religious leader and conversion therapy practitioner said it was the responsibility of religious leaders to guide people based on what the Bible said.

“The Bible is very clear and categorical on the issue of homosexuality. Same-sex acts or gay relationships are not allowed. The main purpose is to win congregants to the ways of the Lord,” the cleric said.

When Michael’s* family discovered that he identified as gay, his father ordered for a religious ritual cleansing to be done right away.

It was coupled with several beatings to compel him to ‘convert’ back.

“I was first beaten by my dad. Then together with my pastor, they forced to kneel down for a five-hour prayer as they bound the spirit in me, commanding it to come off me,” he said.

Michael said when the first ritual did not work, his father locked him up in the house and did not allow any of his male friends to come and see him.

He would only be let out on Sundays, when he would be taken to the pastor for serious prayers.

“I would even have one-on-one meetings with different pastors, who wasted their anointing oil and water (the blood of Jesus) to cast out the demon,” he recalled.

So, does prayer work?

“It was just a painful experience. I thought things would change but I couldn’t change who I am. In fact, things became worse as I couldn’t hide what I feel,” he said.

For six months, I was taken to the police station for beatings, about twice a week. The beating was always followed by a written confession that I would change

Karisa*, a Muslim, had his family call an Imam to intervene when he revealed his sexual orientation.

“They threatened me with Suras from the Holy Quran, and on the fifth day, they gathered three Imams and some other family members. Then I was placed at the centre of the meeting, with some incense burning and reciting some Quran Suras,” he said.

“The Imam held my left hand and placed my middle finger in between two pieces of wood and started pressing and reciting the Quran. The other imam was telling me to proclaim that I give up homosexuality and I am back to being a complete man over seven times.”

Due to the pain he was in, Karisa had to admit it even though it was not true.

For Hellen*, even police officers were involved in trying to convert her.

“For six months, I was taken to the police station for beatings, about twice a week. The beating was always followed by a written confession that I would change,” she said.

After some time, her family realised she had not changed, so they arranged for her to get married.

“That’s when I ran away,” Hellen said.

GALCK+ said some therapies also consist of unethical physical and medical treatments, such as the administration of drugs and hormones.

Hellen said conversion therapy is a death wish and it does more harm than good.

“It doesn’t change you, it makes you hate yourself. You constantly feel like you are not normal. No one should go through that regardless of the circumstances,” she said.

By their very nature, GALCK+ said, such therapies are degrading, some a violation of human rights and may constitute a criminal act under Kenyan law.

“Many of the practices we documented in our report violate the rights of LGBTIQ+ individuals to bodily autonomy, health and freedom of expression of one’s sexual orientation and gender identity,” they said.

“They may constitute inhuman, cruel and degrading treatment or torture, according to international human rights law.”

Perhaps the most notable person to admit to converting back from being a gay man is Dr Douglas McIntyre.

Dr McIntyre, 76, is the founder of Homosexuals Anonymous, an organisation that provides Reparative Therapy for individuals who wish to change their sexual orientation from LGBTIQ+ to ‘normal’.

According to Dr McIntyre, it is possible that conversion therapy does work.

However, GALCK+ said despite claims by doctors such as McIntyre, there is no evidence to suggest homosexuality is changeable or curable.

“The American Psychological Association and other prominent researchers have made it clear that such practices may lead to serious mental and physical health concerns, including future sexual dysfunction, depression and suicide,” they said.

Yet some psychiatrists, psychologists, neurologists and alternative therapy practitioners have garnered immense support for practices without any grounding in science.

“These practitioners are not only engaging on an unscientific basis but also contributing to a discriminatory social and cultural system of repression on the basis of sexual orientation, gender identity and expression,” GALCK+ said.

Many LGBTIQ+ persons who go through conversion therapy either willingly or unwillingly do so out of fear due to threats they receive from their families or communities.

“They are pressured and ultimately coerced into conversion therapy by being threatened with violence and being disowned by family and friends,” GALCK+ said.

The fear of losing family relationships and economic support makes them cave in and accept the unorthodox practices.

“These practices are a manifestation of society’s internalised homophobia and are fuelled by societal messaging that being LGBTIQ+ is pathological, disordered and warrants intervention,” GALCK+ said.

While no one under the age of 18 was interviewed for GALCK+’s report, they said 92 per cent of the responses indicated young people between the ages of 12 and 18 are especially vulnerable to conversion therapy.

GALCK+ explained that that age group is when most young people tend to begin to understand and express their sexuality or feel a desire to express their gender identity.

“They may face overwhelming societal or family pressure to conform to heteronormativity,” they said.

“And as they are still in school and remain financially dependent on family, they may be easily susceptible to abusive conversion efforts like beatings, enforced starvation, forced isolation or prolonged confinement in homes or camps.”

Murder of Kenyan LGBTQ sparks outrage over their safety

Sheila Lumumba was found dead in a pool of blood in her Karatina house.

I shan't apologise for my belief that love is LOVE, she said

Why you could be dating a homosexual

The constitution only recognises heterosexual relationships.

While acceptance eludes them, they believe there's a gay guy 'in every corner'

By FAITH MUTEGI
Read more
That time I pretended to be gay
Post a comment
WATCH: The latest videos from the Star
by SELINA TEYIE
Lifestyle
28 August 2022 - 08:00
Read The E-Paper