Why you can run but not hide from fashion 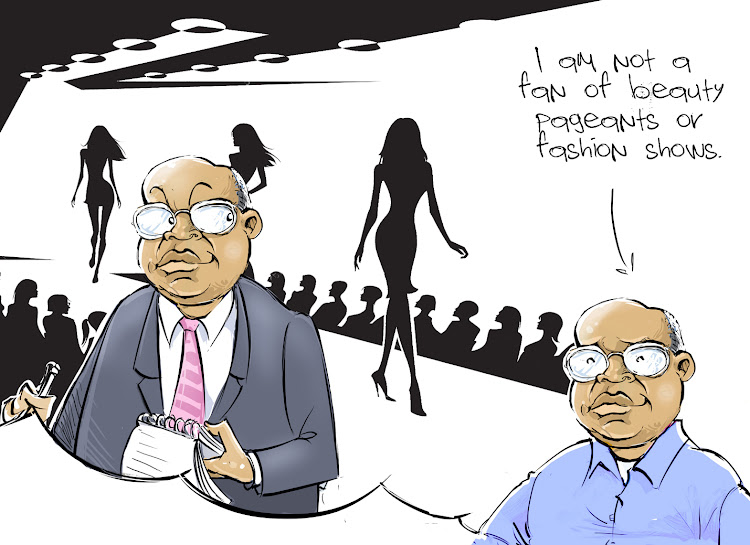 I recently reported on a court case here in Cape Town that involved a contestant in a beauty pageant who had sued the organisers for access to information about the financial records of the organisation.

The catty details that emerged in the case reminded me of a time long ago, when I was thrust into that world professionally.

I am not a fan of beauty pageants or fashion shows. My dislike of them goes back to the very early days of my career in print, when I wrote for a Sunday paper’s pullout section. For whatever reasons, my editors thought I was the person best suited to write about beauty contests and fashion shows.

After reporting on a couple of each category, I realised I really didn’t care enough for either topic to be constantly writing about them.

In those days, I was also writing reviews of films, drama, television, art exhibition and the odd concert. And to be honest, I had my hands full with these, and I actually genuinely liked writing about them.

I didn’t know how to get out of writing about fashion shows and beauty pageants, seeing as I was still new and did not want to be seen as a troublemaker.

However, one day I got back from a lunchtime fashion show at some hotel in Nairobi, where they had displayed what I thought were dull, drab, unimaginative clothes, which were being sold at a fancy boutique for a small fortune.

I was scandalised by this and said as much and more in my article, which was published that weekend.

On Monday morning as I walked past my editor’s office, I was called in and confronted by a very upset boutique owner, whom it seemed was also a friend of my then editor.

I was put on the spot about my review, but I defended my views and my editor, being a defender of the freedom of speech, had no choice but to let me be.

However, after the guest left, I was called back into the office to be told I would never again be allowed to cover fashion or even beauty for that matter.

My boss may have thought he was punishing me, but in actual fact, he had just done me a massive favour.

Looking back, I realise that I thought fashion and beauty were vapid subjects that were beneath me.

More than a decade later, when I saw the Meryl Streep film, 'The Devil Wears Prada', in which she lectures a young up-and-coming reporter about her disdain for these topics, I felt as though the character was speaking to me.

“You think this has nothing to do with you. You go to your closet and you select that lumpy blue sweater, for instance, because you're trying to tell the world that you take yourself too seriously to care about what you put on your back.

“But what you don't know is that that sweater is not just blue, it's not turquoise. It's not lapis. It's actually cerulean. And you're also blithely unaware of the fact that in 2002, Oscar de la Renta did a collection of cerulean gowns.

“Then cerulean quickly showed up in the collections of eight different designers. And then it filtered down through the department stores and then trickled on down into some tragic Casual Corner where you, no doubt, fished it out of some clearance bin.

“However, that blue represents millions of dollars and countless jobs, and it's sort of comical how you think that you've made a choice that exempts you from the fashion industry when, in fact, you're wearing the sweater that was selected for you by the people in this room from a pile of stuff.”

While I'd be lying to say the speech converted me to a lover of fashion, I must admit that after all that time, I kind of saw the point.