Why online dating brings out the worst

Bad behaviour practiced and perfected on dating apps can easily bleed into the rest of our lives. And, often, it does.

•The screen mediates our courage, so we will do and say things online that we would never do in real life 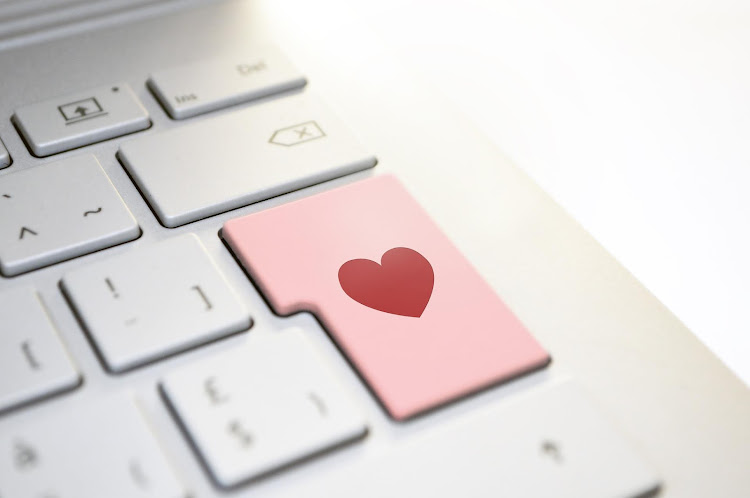 Yet if a stranger began chatting up someone in a pub, few people would respond directly with, “No, you’re too short for me, and I don’t think I’ll like your politics – please remove yourself from my orbit.”

Similarly, most men wouldn’t expose their genitalia before saying a word on a first date. And very few people would abruptly walk out of a coffee shop mid-conversation, leaving behind a person they’d been seeing for weeks.

As bizarre as these behaviours seem when enacted ‘in real life’, however, people do the digital equivalents all the time while dating online.

These situations have become commonplace on the thousands of online dating sites and apps, which isn’t great news for the millions of people who use them – in the US, three in 10 adults, a proportion that jumps to 48% among 18-to-29-year-olds.

Accordingly, would-be daters face lots of emotional hazards as they swipe and scroll. In 2018, a team of researchers across the Netherlands and US found 42% of people with dating-app Tinder profiles were married or in a relationship but still seeking dates.

Meanwhile, abuse in the form of trolling is prevalent on the apps; users also endure ghosting, as matches disappear without a trace, and some people are also targeted with unsolicited graphic photos.

Of course, plenty of people behave badly when trying to pick up someone at a pub or club, or even on a date organized by mutual friends.

“The screen mediates our courage, so we will do and say things online that we would never do in real life,” says Dr Joanne Orlando, an Australia-based researcher and author who focuses on digital wellness. Thousands of available daters in one place can mean people are more likely to ghost or behave badly, since they can quickly move onto the next person
Image: GETTY

Other aspects of these apps, like their addiction-inspiring algorithms and wealth of options, also make people braver. They seem to give users not only a license to behave badly, but also even an incentive.

What they offer, after all, is a numbers game – whether users want to find casual sex or romantic love, the wider they cast their nets, the more chance they have of finding it.

This can encourage users to callously throw back the less promising catches, and move quickly from one person to the next, so they can use the apps to their maximum effect.

All of this has troubling implications for online dating, and the millions of people who lean on these sites and apps to find matches – a number that’s growing each year.

Bad behaviour practiced and perfected on dating apps can easily bleed into the rest of our lives. And, often, it does.

‘Bad behaviour’ on dating apps ranges widely, from the relatively innocuous but presumptuous pick-up line (“hey gorgeous, what are we doing tonight”), to full-blown threats and abuse. But many of the most common transgressions fall somewhere in the middle.

This includes infidelity. Dana Weiser, an associate professor at Texas Tech University, US, whostudies infidelity, became interested in examining this phenomenon on Tinder after one of her undergraduate research assistants mentioned she’d seen her friend’s boyfriend on the app. He was posing as single, and the friend didn’t know how to deal with it. Sympathetic to – and intrigued by – her student’s dilemma, Weiser began collecting data from 550 undergraduate students about infidelity on Tinder, which was published in a 2018 study.

Many participants said they’d witnessed cheating via the app; about 64% reported seeing someone on Tinder whom they knew to be in an exclusive relationship.

Even those in the survey weren’t exempt from this behaviour: roughly 17% of the study’s participants themselves admitted to messaging someone on Tinder while in a relationship, and about 7% said they’d had a sexual experience with someone they met on Tinder while dating someone else.

Weiser acknowledges there are diverse reasons why people engage in infidelity, calling Tinder one of many “tools” that can facilitate the process.

But she says apps like Tinder can make looking for people to cheat with easier, as it offers up a pool of people already seeking romance and sex that don’t necessarily exist in the cheater’s immediate community.

Last year, for example, Tinder released a feature that lets users block contacts of people they wouldn’t want to run into while trying to find a date – such as family members, colleagues and exes.

That could make the app an even safer tool for aspiring or active cheaters who want features that can help them avoid getting caught.

There are multiple ways to ghost, from ending a relationship abruptly by ceasing to reply to messages, to slowly “trailing off” communication, says Leah LeFebvre, associate professor in communication studies at the University of Alabama, US. A 2016 survey by dating service Plenty of Fish showed 80% of respondents between 18 and 33 years old reported having at least one relationship end via ghosting.

Interpersonal conflict is never easy, and online dating services let people break off relationships without a face-to-face interaction, says LeFebvre. In these cases, daters can simply melt away or disappear in the digital world. As far as bad conduct goes, this trailing off can seem “more subtle”, adds LeFebvre, “but it can be impactful”, leaving the recipient to question what they did wrong.

While LeFebvre’s 2019 paper on ghosting didn’t focus exclusively on dating apps, many of the people she surveyed noted how “ghosting emerged simultaneously with mobile dating apps”, she says, suggesting the practice is somehow intertwined with meeting potential partners online. “There are so many opportunities to be ghosted [on the apps] before you ever meet,” she says.

‘A lot of negative emotions’

Generally, women are disproportionately affected by online dating bad behaviour. But this is particularly the case with what LeFebvre believes is the biggest issue on dating apps: “unsolicited, explicit sexting messages”. Through her research, she’s found – unsurprisingly – the targets of these messages are mostly women.

While 35% of respondents to the 2020 Pew Research Center study reported someone had sent them an “explicit message or image they didn’t ask for” on a dating app, that number rose to 57% among female users aged 18 to 34.

Of that demographic, 44% reported someone calling them an offensive name on a dating site or app, compared to 28% of the larger user population, and 19% of young women say someone’s threatened physical harm to them on the apps, versus 9% of people overall.

In conducting her study on “digital dating abuse perpetration and impact”, University of Melbourne researcher Cynthia Brown was particularly struck by the “misperception of young men about the impact [their dating app behaviours had] on young women”, she says.

“For example, some young men thought that some young women would like and be flattered by [the young woman’s] lewd image being shared.”

In their minds, believes Brown, other men approving of the woman’s nude photos (that they’d shared privately with their date only) would amount to a positive endorsement – and what woman wouldn’t want that?

Young women on the receiving end of bad digital dating behaviour in Brown’s study reported “a lot of negative emotions”, like stress and fear, while young men were much more “concerned about their reputations”, based on their experiences on the apps.

This comes down to some men feeling that rejection on dating apps challenges their masculinity, suggests Brown, which can feed into their abusive behaviours.

Digital-wellness researcher Orlando says that although both men and women can be on the receiving end of negative comments while dating online, there’s a gender divide for how this abuse manifests.

And these “derogatory remarks” are a growing problem, she adds, as people are “taking out their problems and frustrations on others”. Subsequently, “there is an overall acceptance that people will ‘not be nice’ online”.

‘We gradually drop our standards’

As these kinds of actions proliferate across online dating, there’s a problematic side effect:

“Some of the bad behaviour becomes more normative,” says LeFebvre. And this growing acceptance has caused these online transgressions to bleed into people’s off-screen lives, too.

For instance, the endless swiping culture of online dating can make people more dismissive of others’ humanity – and potentially make them act more callously.

Online, the endless stream of user photos may practically feel no different from the colourful jellybeans raining down their screens when they play Candy Crush.

So, even when app users meet dates in person, they’ve become conditioned to this dismissive dating app culture, and more naturally defer to insensitive behaviours like ghosting, even after an in-person date.

The business of online dating hasn’t made everyone worse, however; on the upside, LeFebvre has noticed in her work that sometimes, poor conduct on dating apps can inspire those who experience it to do better.

Among those who were ghosted and found the behaviour to be particularly harmful to them psychologically, some take note to not ever hurt anyone else that same way.

This, unfortunately, was a “small category” of the people LeFebvre studied.

Ultimately, then, many daters have had to growing thicker skins to guard against hurt, if they stay in the dating game. And many people have become resigned to dating simply being an unpleasant process, says LeFebvre, because they’ve been on the receiving end of bad behaviours so many times.

Overwhelmingly, the burden of having to filter through so many people on dating apps, not knowing who will send an unsolicited nude photo and who will show up with flowers on date two, can cause users to “accept” the negative behaviours along with the good ones, suggests Orlando.

“We get used to communication like that and it becomes part of [a] relationship, and probably the next one and the one after that,” she says, affecting in the long-term what people see as acceptable parts of dating.

“We gradually drop our standards.”

How to celebrate mother’s day at home this weekend

In Ethiopia, Mother’s Day is extra special. It is celebrated for three days.
Sasa
1 week ago

Bitcoin accounts for about a third of the cryptocurrency market.
Sasa
1 week ago

Google said Match was attempting to dodge paying for the significant value it receives.
Sasa
1 week ago

The experience was part of their Power Learn project which was launched April 28.
InPictures
1 week ago
“WATCH: The latest videos from the Star”
by BBC NEWS None
Lifestyle
10 May 2022 - 09:14