BELIEVE IT OR NOT

Just let it out: Holding in farts could get you hospitalized

Cara had an emergency procedure conducted to remove her appendix, for holding fart for too long.

• Holding it for a moment will not hurt you but just be prepared for some discomfort.

• Cara had an emergency procedure conducted to remove her appendix, for holding fart for too long. 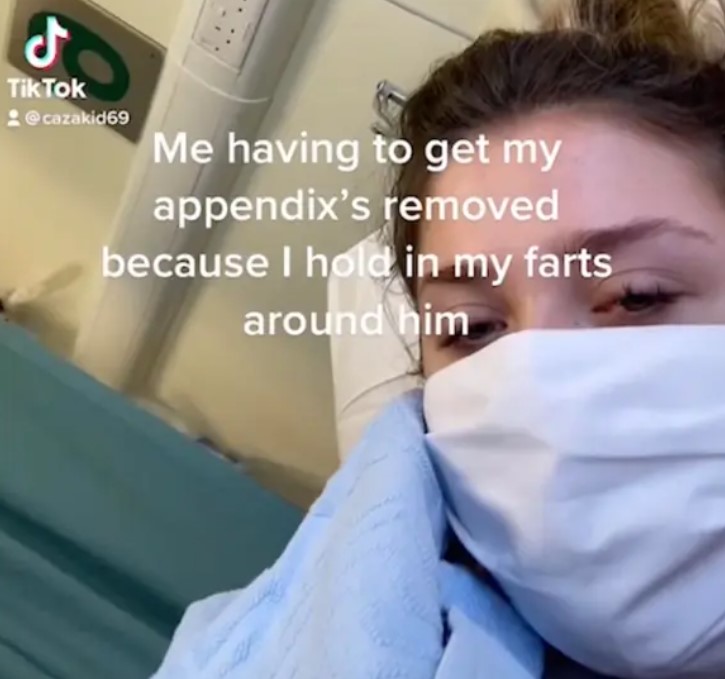 Clarke’s 21-year-old boyfriend Kyle Duffy was reportedly “dying laughing” over the fact that forgoing farting could prove so dire.

When it comes to holding in farts at some point in our lives, most of us are guilty of this, as it is a very natural part of being a human being.

While most of us think holding in farts when in public or with our loved ones does not harm, a 19-year-old Irish barista has had to be hospitalized after she refused to fart around her boyfriend for two years, allegedly causing her appendix to burst.

The video that detailed the fiasco already has over 2 million views on Tiktok. Perhaps, most of us were curious because we are guilty of the act.

Cara Clarke was at work last week when she developed “extreme stomach pain” and was rushed to the hospital. An emergency procedure had to be conducted to remove her appendix as subsequent blood tests revealed that her appendix had burst — a condition known as appendicitis.

After her procedure, Clarke swore never to hold in farts again.

“At this stage, I’ll just have to let it out from now on,” she said.

Holding in farts for too long means the build-up of intestinal gas will eventually escape through uncontrollable farts.

According to Healthline, when your body builds up excess gas inside your digestive system, it is either released via your bottom or through burping.

The gas can either build up if you smoke, use a straw, or eat foods that are hard to digest.

Research on farting is limited, although some studies suggest holding it in might not be healthy at all.

No evidence shows holding in a fart can kill you, although the extreme pain, discomfort, indigestion, bloating, and stomach noises can be quite uncomfortable.

Popular TikTok doc and farting advocate Dr Karan Rajan even posted a reaction video to Cara Clarke’s video saying it is better to let it out, and not upset the body's natural equilibrium.

It is recommended that you eat slowly, drink plenty of water, exercise, and reduce your intake of processed foods.

Holding in a fart just keeps those bubbles of gas in the gut. Nothing of substance can move along until the gas is gone.

Holding it in for a moment will not hurt you but just be prepared for some discomfort.

Next time you feel like farting, move to a more convenient location and let it out. 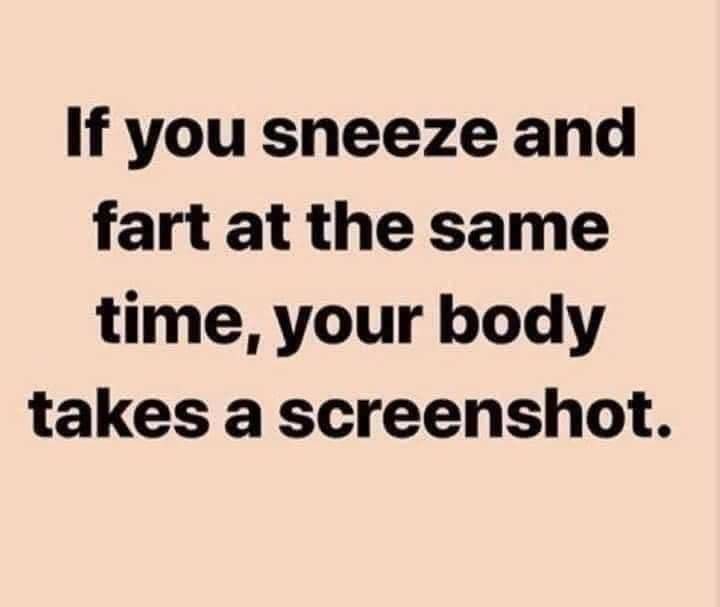 'Unlearning silences and shame about sex is difficult, but the journey is worthwhile'
Sasa
5 months ago

“You notice the upper body, the bust and arms begin to increase in size rather than the hips and thighs.”
Sasa
5 months ago

How to make roasted potato sausage sauté at home

Sausage, potato and vegetable hash is a delicious dish that comes together in just 15 minutes.
Sasa
5 months ago

Why you need to swap margarine spreads with avocado.

Most margarines have saturated fat and artificially made Trans fats which raise levels "bad cholesterol".
Sasa
5 months ago
Post a comment
WATCH: The latest videos from the Star
by MARGARET WANJIRU Health & Lifestyle Journalist
Lifestyle
08 April 2022 - 09:46
Read The E-Paper