‘Squid Game’ and how to safely escape debt slavery

Instead of seeking a jackpot solution, you need to live within your means

• It has become easier to borrow, fuelling alcoholism, gambling and promiscuous lives

• Many borrowers lack sufficient income for regular payments, so debt becomes a trap 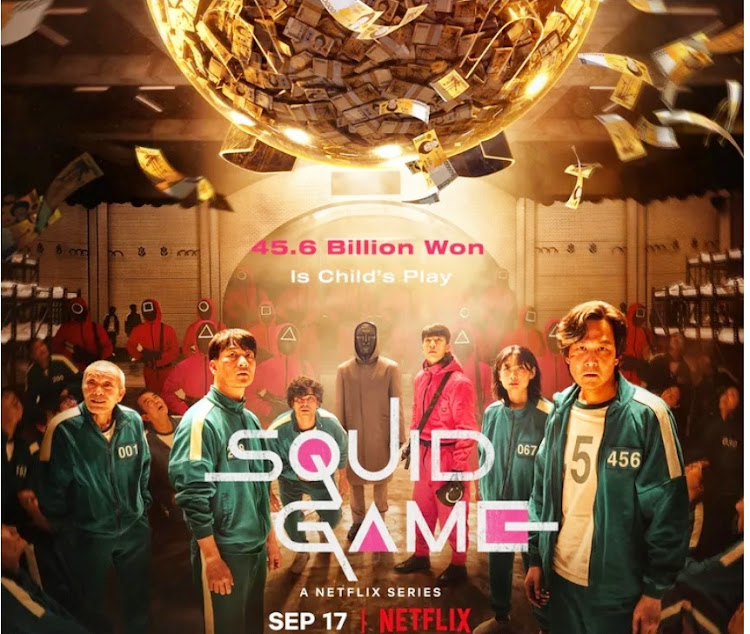 “Think about what you do when you run into debt; you give another person power over your liberty.”

This is one of many sayings by the famous Benjamin Franklin, an 18th-century scientist, politician and philosopher.

In his book The Way to Wealth, Franklin describes how people get into debt for things they don't need. Just as we do in the 21st century, the people of the 1700s would buy luxury goods on credit, only to end up in financial trouble. The luxury goods of the time were silk, satin, scarlets and velvets.

Here’s another piece from Franklin: “If you cannot pay on time, you will be ashamed to see your creditor (lender); you will be in fear when you speak to him; you will make poor, pitiful, sneaking excuses, and slowly come to lose your truthfulness and sink into base, downright lying.”

The TV series Squid Game brings a lot of Benjamin Franklin’s quotes to mind. Coming more than 250 years after Franklin, it has become a very popular show on online TV platforms. The South Korean TV series revolves around a group of people shackled in severe debt. Though struggling to pay off the debts, the characters in the series are under immense pressure to live up to their family responsibilities.

As Franklin predicted two centuries ago, the debtors in Squid Game find themselves making "poor, pitiful, sneaking excuses". They are lonely figures hiding from society, separated from their loved ones by debt. For some of the debtors, sacrificing personal freedom for money seems a worthy choice.

If you cannot pay on time, you will be ashamed to see your creditor (lender), make pitiful excuses and slowly come to lose your truthfulness, sinking into base, downright lying

In a perfect world, nobody would need to borrow money. However, as most people don't earn enough to cover all their expenses, they end up borrowing, especially for such emergencies as an illness in the family, an accident or a funeral. People borrow to finance development projects, such as buying a car or building a home. Most people cannot afford upfront payments for such huge investments.

Data from the World Bank shows that about 35 per cent of Kenyan adults had loans with commercial banks as of 2020. This was up from just 3 per cent of the adult population in 2004. The growth of mobile loan apps is changing the way we borrow money. In 2019, about 14 per cent of Kenyans were regularly borrowing from digital loan apps, according to a report by FSD Kenya, a research institution.

Most borrowers are honest people who took loans genuinely expecting to repay but they defaulted because of unexpected circumstances. Loan defaults occur when the borrower is no longer repaying the loan. This could be due to losing a job (sacking, retrenchment or resignation), closure of a business or prolonged hospitalisation. Borrowers who take new loans to pay previous ones are said to have fallen into a debt trap.

“Three years ago, I took loans to support my small business. By the end of 2018, I had accumulated almost Sh100,000 in debt from mobile loan apps and friends,” says Gibson Karani, a trader at the Coast.

The business did not succeed and he had to close it down. Without an income, Karani could not service his mobile money loans and he got blacklisted with the credit reference bureau (CRB).

“I was getting daily calls from representatives of the mobile loan apps. It was too much,” Karani says. He eventually got into another business, through which he is slowly paying off his debts. “I am now down to Sh50,000 in debt,” he reports. He has already cleared the loans he took from digital lenders and hopes to get a CRB clearance certificate, which is a key requirement for government jobs.

Relief for borrowers as CBK suspends blacklisting on CRB

News reports show that the number of loan accounts listed in the CRB for defaulting stood at 14 million by February this year. That does not mean 14 million Kenyans defaulted on their loans because some people have multiple loans with financial institutions and digital lenders. However, the figure shows there are many Kenyans not repaying the loans they took.

A large part of the debt crisis has to do with easy access to loans. Salaried employees are constantly bombarded with loan offers from banks, micro-finance institutions and cooperative societies. Meanwhile, the self-employed are tempted by digital lenders who provide instant cash to those who qualify for the loans. A lot of people taking loans lack sufficient income for regular payments.

The Royal College of Psychiatrists describes the feelings of helplessness and embarrassment that come from falling into a debt crisis. Debtors feel their lives are out of control and that there's nothing anybody can do about it. This is why many of them simply stop sending payments. Debtors feel ashamed about their circumstances and are reluctant to share their woes with family and friends. As Squid Game shows, people in financial distress may resort to desperate tactics.

The first principle of getting out of debt is that you must earn more than what you spend. You should either increase your income or cut down on spending. A debtor should spend money only on the bare necessities. This means moving to a cheaper house, transferring the children to less expensive schools, cancelling holiday plans and selling the family car. Increase your income by looking for a better-paying job or starting a side hustle. If you live in a rural area, explore which agricultural opportunities would be suitable for you.

Monitor your bank transactions, mobile money statements and domestic spending to see where your money is going. Many debtors were spending thinking they had money in their bank accounts, only to realise the accounts were empty. Prepare a monthly budget and stick to it.

Lots of people fall into debt because of alcoholism, gambling and promiscuity. Maintaining these lifestyles costs money. Interestingly, these vices are among the biggest signs of potential fraud in the corporate sector. Employees with such lifestyles are constantly in need of money, hence the temptation to steal from the employer. Changing one's lifestyle goes a long way in getting out of debt.

Speaking of gambling, betting seems an easy way of getting money to clear off personal debts. While small bets have a good chance of winning, the lucrative jackpot bets carry a very low probability of coming through for you. Play the jackpot for fun, but don’t expect it to sort out your finances.

One man almost became a millionaire before Liverpool beat ManUnited
Sasa
6 months ago
Why ‘Squid Game’ is the best TV show ever
Squid Game, KFCB battle on ahead of eagerly anticipated second season
by GODFREY KIMEGA Communication Professional
Lifestyle
11 November 2021 - 05:00