• She had spice, flavour, colour, swag, style and attitude by the megaton 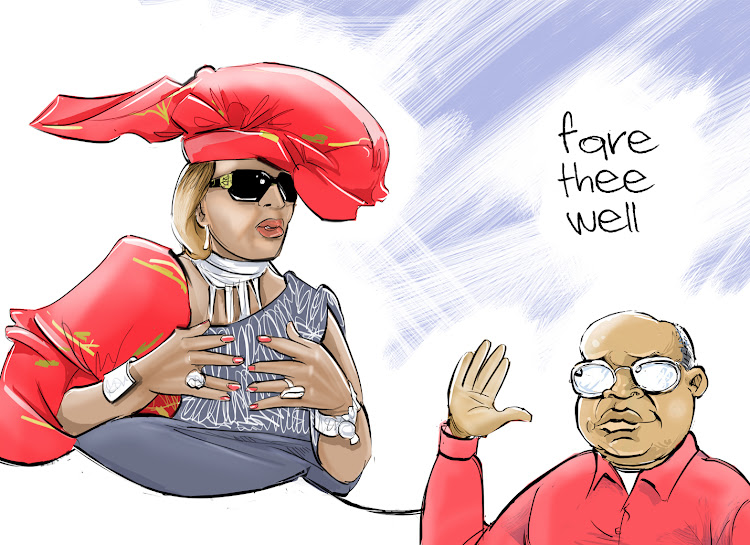 I was sad to learn of the recent death of, to call her by her full name, Mary Orie Rogo Ondieki Manduli. Whatever you may have thought of her, and I know there were some very strong views about her out there, the one thing you could never accuse her of was being grey and colourless.

Orie Rogo had spice, flavour, colour, swag, style and attitude by the megaton, and she was going to make sure you knew it one way or another.

This was apparent from the very first time I interviewed her back in 1991.

The interview was for a newspaper profile that she somehow convinced my editor had to be written following a visit to our newsroom to announce that she’d just graduated with a degree in Public Relations from a Canadian university.

The angle of the story was that she had been studying alongside her daughter at the university and her point in sharing the information was to encourage women who had for whatever reason not made it to university or higher education, that there was still a chance.

Anyway, the interview was set for the Thursday morning, but on the night before, just as my colleague Mary Odalo and I were packing up to join our colleagues across the street for a well-deserved after-work beer, Rogo stormed into our office and said she had been passing and wanted to confirm the interview time for the next day.

The next thing I knew, Rogo had perched herself on one of the desks and was telling me her life story ahead of the arranged interview.

Her narration was in the style of a stream of consciousness, leaping from one subject to another, and what fascinated me at the time was she hardly seemed to pause for breath or let me get a word in edgewise.

She spoke for about two and a half hours. I remember years later telling my friend Tony about the phenomenon that was Orie Rogo and the impromptu interview.

As I was telling the story, a glimmer of comprehension twinkled in his eye and he laughed. When I asked Tony why he was laughing, he said Rogo was his aunty and while she was talking to me, he had been sitting in the car waiting.

Apparently, when they stopped by my office, she had told him she’d be back in a couple of minutes. He waited so long, he dozed off and fell asleep.

Some years later, after multi-party politics took off, I met Rogo again and she remembered me. This time around she was campaigning for an elected post and her campaign name was Mama Safi.

Fortunately this time, she had bigger fish to fry. She had spotted the then editor of KBC, another former colleague at the Times, Kipserem Maritim, and was angling for a TV interview, and so I was off the hook.

We bumped into each other a number of times, including once when I almost rented one of her Riverside Drive flats but the deal fell through as the one I wanted was too expensive and the one I could afford, was more like a corridor with a sink in it than a flat.

There were always many stories about Rogo, some she told, others were told about her. Some of the stories were legends, others were myths and exaggerations, and yet others were flat-out lies, but all of them were fascinating.

The point I guess I am trying to make is that Rogo was never one to hide her light under a bushel. So when she died and suddenly there was all this talk of her having been Miss Kenya, I was intrigued enough to look it up. However, I could not find any evidence.

As I say, she was a self-publicist of the first order and there is no way she'd have omitted such a juicy detail of her fascinating life. So if it did happen, and you have evidence, I’d be glad to see it.