Philip Ochieng was a great editor but a lousy pickpocket

His Kenya Times job was an ideological mission with colourful anecdotes 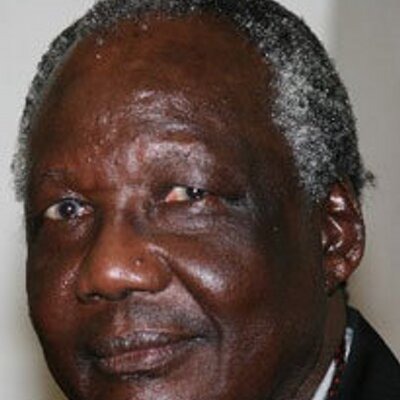 If nobody has said it yet, I’m going to. Philip Ochieng, who died last week aged 82, was a most incompetent pickpocket.

When I worked under him at the Kenya Times, PO, as we used to call him, would wear a gleeful look on his face as he approached with one arm outstretched, index and middle finger scissoring as they aimed for your shirt pocket. You could literally see him coming.

Fortunately for him, he didn’t have to rely on picking pockets to get by in the world.

Working under PO and his mostly handpicked crew of editors was a real eye-opener for a young and impressionable reporter such as I was at the time.

When I joined the KT, it was mid to late 1989, at the zenith of the Kanu single-party rule. And while the KT was technically the party mouthpiece, we had considerable latitude in the stories we wrote, and we used it.

For instance, who can forget PO’s tirade against the sixth Parliament when he called them “layabouts, idlers, thieves, ne'er-do-wells, conmen and illiterates”? The other two dailies at the time would never have dared go that far.

I will never forget the edition we put together on the night Jaramogi Oginga Odinga died.

Though I was working on the Sunday Times then, I had been having an after-work beer, or five, with colleagues Shimoli and Munji from the daily paper at the Suncourt Inn.

PO had left and gone in the opposite direction from us to the Nairobi Safari Club, or the “white house” as he sometimes called it, for his evening tipple.

At some point, someone from the office came across to the bar and told us we were urgently needed at the office. Jaramogi had died and stories needed to be written.

When we got to the office, PO was already working on possible headlines. And even though he was swaying a little unsteadily on his feet, as were we, we put out a newspaper that was as good as the rest, if not better, as a salute to the fallen political hero, despite the booze we had all put away.

At the same time, for PO, the KT job was an ideological mission. He pushed the cause and the doctrine, as was his brief.

However, there was one time where he appears to have buckled and taken the infamous “orders from above” to kill a story. While I eventually forgave, I never forgot the sense of betrayal I felt when it happened.

It was the Saturday of the original Saba Saba protests in which the people demanded a multi-party system.

As reporters, we went out and covered the protests and like our colleagues at the other two dailies, we “ate teargas” and dodged the GSU riot police rungus.

We had great photographs and fantastic stories, but at some point that night, a call to kill the stories came through from someone at State House. Funny enough, we found out later, it was not the President but some civil servant.

The next day, our paper carried no mention whatsoever of the momentous events of the day before. All our work had been in vain, we might as well have taken the day off.

If I have a regret about my friendship with PO, it is that we never discussed this incident even many years later, when we would have the odd drink together at Gipsy Bar or even when we worked together again at the Daily Nation.

How press freedom is eroding as media struggles to survive
by Mwangi Githahu Columnist
Lifestyle
09 May 2021 - 05:00