As many a woman can attest, some men do not accept rejection easily 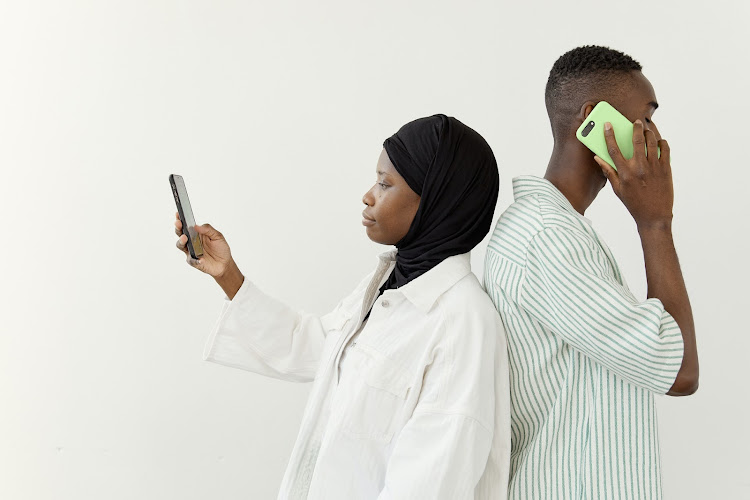 A woman cancels a call from a nagging admirer
Image: PEXELS

Nothing comes easy, and that includes love. Many a couple recount tales of how one of them pursued the other relentlessly until they eventually got married. However, where does one draw the line between persistence and harassment?

Gladys Kemunto, an administrator in Nairobi, met her now-deceased husband at her former workplace. At the time, she was an intern while he was a long-term employee of the institution. “He didn’t let me breathe,” she jokingly recalls the attention she got from her late husband in those early days of their relationship. “I eventually fell in love with him,” she says. It wasn’t long afterwards that the couple got married.

On the entertainment scene, Kenyan fashion model Carey Priscilla recently described how Benito, her baby daddy, won her over through sheer persistence. Benito would send her direct messages on social media platforms, which she would ignore. He went a step further and looked for Carey’s phone number. “He persisted and he would send me DMs (direct messages) every time and after two years, I responded,” Carey revealed on the couple’s YouTube channel.

The experience of the two couples is typical of how many marriages started: boy likes girl, boy pursues girl, girl acts coy, boy puts more efforts into his romantic interest, girl gets convinced, couple lives happily ever after. Well, maybe the last bit is not entirely true, but most romantic relationships seem to grow from the male’s unwavering efforts at winning over a woman’s love.

When sexual advances are rejected

Films, books, poems and songs from every culture across the world talk about romantic relationships emerging out of a man’s persistence in getting a woman to fall in love with him. Lots of popular soap operas feature similar storylines.

The vast majority of popular love songs are about courtship with titles such as, “You’re beautiful,” “Looking into your eyes,” and “All I want for Christmas is you.”

In our society, many women find it difficult to directly propose to the men they desire for a relationship. Traditionally, a woman was supposed to wait for the man to initiate romance. All she could do was throw hints at the object of her desires and hope he would respond accordingly. Of course, all that is changing as women assert themselves in modern life, but the old gender expectations still have a lot of influence.

Problems arise when a man doggedly pursues a woman who is not interested in him. In that case, the man's attempts to woo the woman could easily cross the line to sexual harassment, especially if the woman has repeatedly said no.

As many a woman can attest, some men do not accept rejection easily and rather than gracefully moving on, engage in threats to force the woman into accepting their advances. Some other types of rejected suitors spread misinformation about the woman to justify why they failed to win her over.

Should colleagues be allowed to get romantically involved?