• Psychologist discourages caning but calls for grounding and confiscation of gadgets 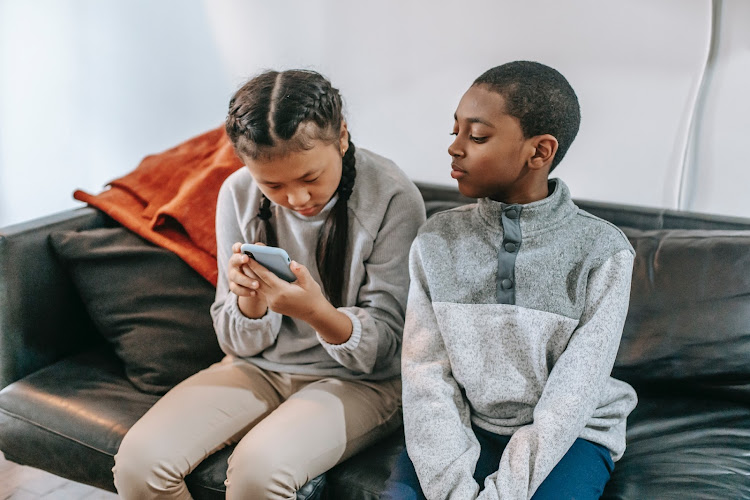 Recently at a local supermarket, a boy of about 12 years old took shoppers by surprise with his behaviour.

The minor seemed to have been forced to accompany his parents and his younger sister for the shopping trip as he was in his own world.

While the parents kept picking items from one shelf to the other, the boy was engrossed with his phone. Shoppers were curious as to what was keeping him so busy.

It turns out the boy was watching an explicit music video by controversial US rapper Lil Nas X called 'Montero (Call me by your name)'.

To begin with, the celebrity is one of the controversial artistes who recently sponsored the production of shoes that allegedly contained human blood.

The video is one of horrific artistry that seems to praise devil-worshipping, satanism and drugs.

Briefly to paint a picture of it, the video released in March features the rapper sliding down a pole to hell before giving the devil a lap dance, among other gruesome scenes.

The video has all levels of Satanism and has drawn criticism across the world, with most critics saying the song encourages devil-worshipping and has exposed children to inappropriate content.

The lyrics are something else, which any woke parent would not allow their child to associate with, let alone listen to.

Many who have gathered the courage to watch the video confess to not going past 10 seconds due to its scariness, while others say they are yet to or will never watch it.

The thought of a minor viewing the video in a public space is something that still irks days after the incident.

Morality vs creative licence in film

Where did the boy get the courage to even watch it at a mall and while standing next to his parents?

It took the concern of another shopper to alert his parents about what was going on.

Surprisingly, the boy threw a tantrum when his mother took the phone away. He was unapologetic and even walked out of the supermarket in protest.

Two things that came out of the spectacle were that one, the parents had not set rules of how the boy should behave especially while in public, and two, guidelines on the proper use of their electronic gadgets.

Parenting is not a walk in the park, but experts say parents should start early in coaching their children on important life etiquette.

Life coach Winnie Musyoka says children should be moulded to the right manners as soon as they start uttering their first words.

This way, they will grow up knowing what is expected of them in terms of behaviour.

“When you see a child behaving in such a manner, we cannot entirely blame the child or the parent. We should invest in corrective measures towards changing the child’s behaviours,” she said.

Psychologist Julius Wanjohi says such children should face the consequences of their actions to make them realise their mistakes.

He said it was clear that the family had an inner problem; the child was comfortable in his public misconduct because he knew there would be no severe consequences.

“This is a deeper problem. Parents should not cane such a child but they should punish him with long-term consequences, such as taking the phone away for good, having him grounded for some time and many more,” he said.