• MSCHF released 666 pairs of shoes on Monday in collaboration with rapper Lil Nas X and says they sold out in less than a minute. 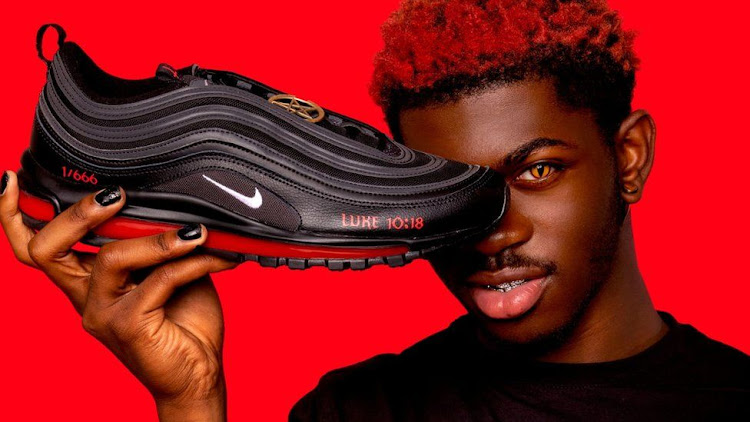 Nike is suing Brooklyn art collective MSCHF over a controversial pair of "Satan Shoes" that contain a drop of real human blood in the soles.
Image: MSCHF

Nike is suing Brooklyn art collective MSCHF over a controversial pair of "Satan Shoes" that contains a drop of real human blood in the soles.

MSCHF released 666 pairs of shoes on Monday in collaboration with rapper Lil Nas X and says they sold out in less than a minute.

The black and red shoes were "dropped" by MSCHF on Monday, coinciding with the launch of Lil Nas X's latest song Montero (Call Me By Your Name), which debuted on YouTube last Friday. 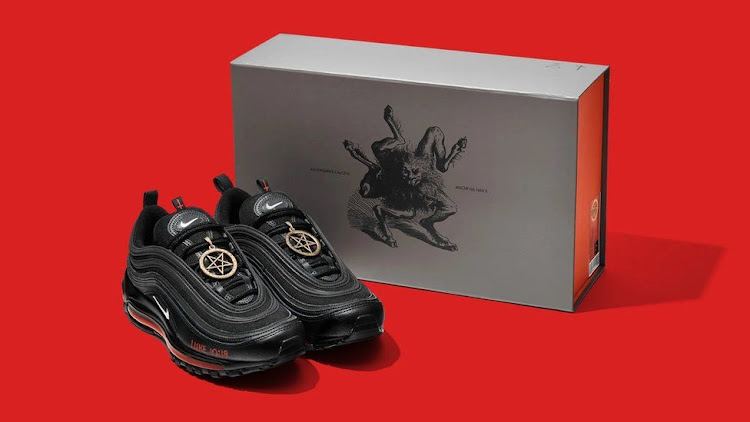 Lil Nas X and MSCHF's Satan Shoes sold out in less than a minute on Monday.
Image: MSCHF

In the music video, the rapper is seen sliding down a stripper pole from heaven to hell, wearing a pair of the trainers.

Nike is asking the court to stop MSCHF from selling the shoes and prevent them from using its famous Swoosh design mark.

"MSCHF and its unauthorised Satan Shoes are likely to cause confusion and dilution and create an erroneous association between MSCHF's products and Nike," the sports shoe giant says in the lawsuit.

"In fact, there is already evidence of significant confusion and dilution occurring in the marketplace, including calls to boycott Nike in response to the launch of MSCHF's Satan Shoes, based on the mistaken belief that Nike has authorised or approved this product."

The lawsuit cites a tweet by popular shoe influencer @Saint from last Friday, which teased the upcoming release of the shoes and drummed up publicity over the weekend on social media and in the media in the US.

Some Conservatives, including South Dakota Governor Kristi Noem, and some religious followers, took offence at the controversial design of the shoes and criticised Lil Nas X and MSCHF on Twitter

Our kids are being told that this kind of product is, not only okay, it's "exclusive." But do you know what's more exclusive? Their God-given eternal soul.

Lil Nas X hit back at the governor and other critics on Twitter, and on Monday was tweeting several memes on his profile in response to news of the Nike lawsuit..

The imagery and the shoes reference the Bible verse Luke 10:18 - "So He told them, 'I saw Satan fall like lightning from heaven'."

The sports shoe giant says in a filing with the US District Court for the Eastern District of New York that it does not approve or authorise the customised Satan Shoes.