Leaving a legacy business to family does not work

• Nakumatt and Tuskys are among mega family businesses that collapsed 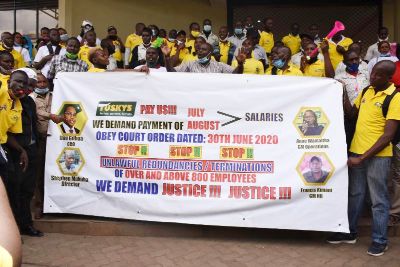 For a good majority of us, our forefathers never left anything for their future generations. They either squandered everything they had or simply never had an opportunity to make anything of themselves. As a result, most African families have had to build themselves up each generation at a time.

Some families, however, were able to acquire wealth since pre-colonial times. Some families flourished under the colonialists and others even more so post-Independence. Whether they accumulated, their wealth was by stealth or actual purchase, the fact remains that there is a big wealth gap among Kenyans.

Let us look at some of the Kenyan businesses that rose very fast in the last 20 years and fell even faster. Atul Shah started a small, lone grocer called Nakuru Mattress. In a few years, Shah became the biggest businessman in East Africa, with his vastly accessible chain supermarket that was known as Nakumatt. It was so popular that everyone in East Africa wanted in on the franchise.

By 2010, Nakumatt was on its last leg and on its way out. Today, Nakumatt only lives in the memories of millennials as some of the best back-to-school shopping experiences of our lifetime.

I remember walking into Tuskys Pioneer for the first time and seeing the old portrait of mzee Joram Kamau, the founder of the chain retailer. The old man died after his brand had made its way onto the streets of the capital city. By 2008, Tuskys was giving Nakumatt a run for its money. After the fall of Nakumatt, Tuskys seemed to be on its way up. But before it reached its zenith, the chain retailer found itself on the same last leg as its former rival.

The same can be said of so many promising businesses that failed to succeed over long periods of time. What is the common denominator in all these cases? Simple, call it family, nepotism or inheritance. Businesses never prosper the same way as they would under their founder. A founder of a business is driven by passion and goals. His main objective is to sell his product, not to make money. There is a difference.

To sell his product, an owner will toil, spend sleepless nights anguishing over proposals and deals because he has a vision he wants to see come to fruition. The same cannot be said of his successors. Successors are often brought up in the comfort of daddy’s hard-earned money. They do not share the same principles as the old man; however, they are expected to run the business when daddy steps down. How can we reconcile the goals of the dreamer and those of the “innocent inheritors”?

Forcing children to take over family businesses is the beginning of the demise of any business. If history is any indicator, businesses have a higher risk of failing if left to the incapable hands of heirs. Founders need to plan early on to leave their companies in the capable hands of professionals, arguably overseen by a board of trustees, of which some seats can be reserved for representatives that represent the interests of the family.