Inside the world of Akorinos and their changing identity

Do they support polygamy, reject medicine and not shake hands with non-members? Current and former members address the stereotypes

• The Akorino fused Kikuyu traditions with the Christian faith, carving a unique identity

• While they’ve opened up, some still restrict diet and ban intermarriage, hospital visits 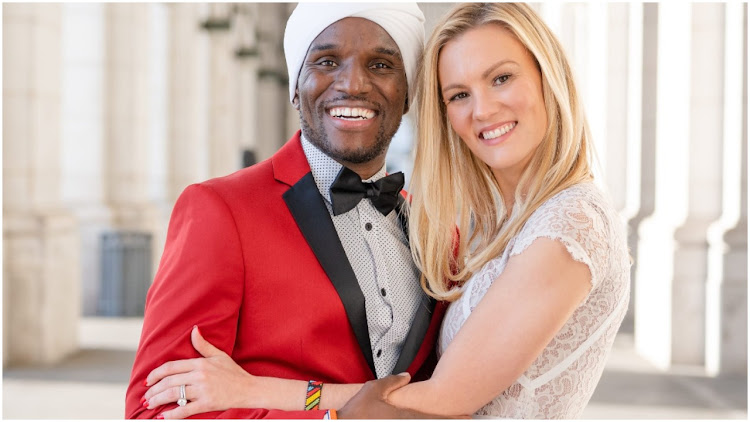 Dr David Wachira is a financial specialist at the World Bank who has recently made a number of interesting appearances on the Kenyan media scene. He happens to be Mukurino, belonging to a Christian community in Kenya historically unique for fusing Kikuyu traditions with the Christian faith. Indeed, he is known as the American Mukurino.

Boasting 100 years of existence, the Akorino community is known for its distinctive sartorial style which, depending on one's gender, includes a turban or head cloth, the most conspicuous symbol of the faith to outsiders.

KOT excited by 'mukurino' who works for World Bank

They intend to plant a million trees in 100 days.
Counties
4 months ago

That symbol marks the Akorino out for stereotyping and discrimination, as Dr Wachira described earlier this year during an appearance on the Citizen TV talk show Jeff Koinange Live. He gave sobering anecdotes of what his turban says to people in this country.

During a formal meeting, for example, he has been presumed by fellow attendees not to be one of the participants but rather the waiter supposed to be taking round the beverages, being asked to bring over a cup of tea, please, will you?

His spouse, Cecilie Olaussen Wachira, is a successful Norwegian photographer. "They think I'm her driver a lot," Wachira said of Cecilie, who accompanied him to the show. They met in Washington DC, where they both worked. "You can drop her off here and park over there," Wachira was once informed as the couple pulled up to the entrance of a Nairobi hotel in his car. By engaging the media to talk about these issues, Wachira does a wonderful service to people of his faith who, while exercising their religious and cultural liberty, shouldn't be subject to these unjustifiable prejudices. None of us would enjoy them.

The couple's cross-racial union is also something to behold. We're every now and then treated to cringe-worthy displays of interracial pairing on TV and social media, where the main attraction is supposedly the exotic nature of African-Mzungu love. Not so with Wachira and Cecilie.

Besides their successful careers and charismatic personalities, listen to them talk and you sense they're in something wonderful. He appeared to be a gentleman and a supportive partner to Cecilie, not shy throughout the interview to applaud her distinguished achievements, which include working with Pope Francis and four US presidents. Cecilie, on the other hand, seemed quite fond of her husband's heritage. They gave the impression of a happy union that is healthy and reciprocal.

The other union Wachira's heritage represents, however, is of a historical nature. If the appearance of Kikuyu translations of the Bible in the early 20th century brought about a revolution of independent African churches in Kikuyuland eager to free themselves from missionary control, the Akorino did it in a rather unique way. While other independent churches retained the forms of worship introduced by missionaries, the Akorino rejected some of the liturgy of the Western church and used the Bible to create a new contextually African, theologically Christian faith.

That uniqueness extended to their lifestyles as well. The early Akorino lived communally and were suspicious of Western schooling and medicine, were thought to approve of the Kikuyu tradition of polygamy and continued to insist on traditional housing. Many adopted a degree of social isolation, perhaps most famously refusing to shake hands with non-members.

I was lucky to have a conversation on this history with Dr Wachira and to gather comments from his father, Dr Solomon Waigwa, chair of the Department of Religion and Philosophy at Wiley College in Texas, who recently became the first Mukurino pastor to preach at Bishop TD Jakes' Potter's House Church in Dallas.

"Early missionaries insisted their converts desist from building round huts and adopt the Western rectangular shape," Dr Waigwa explains regarding traditional housing. "The Akorino questioned that as a necessity for Christian identity. They insisted that the shape of dwelling buildings were in no way indicative of one’s Christian faith."

"The Akorino did not accept polygamy," Dr Waigwa explains. "They could not, as the New Testament, which they embraced, was clear on that. What they opposed was the refusal of mission churches to accept into membership persons who were erstwhile polygamous. Unlike the mission churches, the Akorino, and most indigenous churches, (AIPCA, NICA and others), while rejecting polygamy, allowed polygamists into their fold as long as they did not marry any more wives."

On shaking hands, he says this must be seen within the context of public health challenges such as the Spanish Flu pandemic, just as how Covid-19 has affected hand-shaking today. It was common for people to wipe noses with their bare hands, he adds, and "if I was taken back to the 1920s in Central Kenya, sorry I would not shake anybody’s hand!"

But that was then. As the 20th century moved along, most Akorino denominations moved away from many of those rules — but not all of them. To date, members of some denominations live by a strict code of conduct, ranging from the prohibition of intermarriage with other Christian denominations, down to detailed dietary restrictions.

At the other end, some Akorino groups still shun modern medical facilities. In the news media, stories will occasionally emerge of parents picked up by the authorities for failing to take their children to hospital. 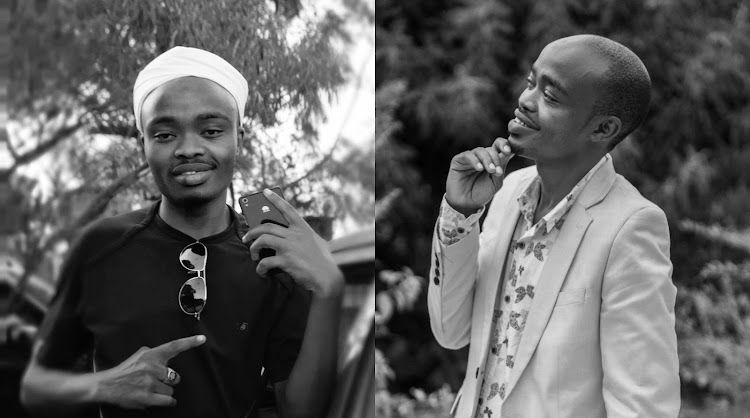 There were so many rules that didn't favour us in society, ranging from not being able to wear blue, black or checked clothing, eating only foods cooked with salad oils — and more ominously, not being able to visit hospitals or get immunised as a child

I recently sat down with Zablon Kamau, a young businessman and founder of the e-commerce company obee.co.ke.  Zablon grew up Mukurino. Like Dr Wachira, he recounts episodes of discrimination and harassment tied to his turban, when kids in school, for instance, would forcibly remove his turban "for curiosity's sake".

Zablon recalls that one of the best things about growing up Mukurino was the sense of trust and security he felt within the group. "You know the turban is shouting," he says, and that brings some sense of accountability among the members.

Zablon left to join the PCEA church as an adult, but he does not speak negatively about the Akorino. "One does not speak ill of the community that brought you up," he says. Nonetheless, he describes some things he may not have enjoyed back then. "There were so many rules that didn't favour us in society," with those rules ranging from not being able to wear blue, black or checked clothing, eating only foods cooked with salad oils — and more ominously, not being able to visit hospitals or get immunised as a child.

As someone who grew up in a strict religious community with its own dress code and which also does not allow intermarriage with other Christian denominations, I could empathise with the pressure of group regulations Zablon must have felt at times. That pressure seems to be most heavily felt by those who make the personal decision to leave after being born and raised in such a religious community.

The loss of group security can come hand in hand with frosty family relations and sometimes shunning, something someone raised Anglican, for instance, and later decided to become Methodist would be quite unlikely to face.

Though not to that degree, Zablon's family relations were nonetheless affected because of his decision to leave. But "I am a father and a husband," he says, "and regardless of having bad blood with my parents, I had to take a strong stand. It is my parents who were called to the faith, not me. Everyone should follow their calling."

To be Mukurino in Kenya is to face discrimination and prejudice from other people based on your religious beliefs. For others, it is to live under some unfavourable rules and in the fear of being ostracised should one decide to leave.

Listening to Dr Wachira speaking on TV, one senses he was exempt from some of the toxic aspects of group regulations people in some Akorino groups still face, and seems to have learned how to hold his own in the face of those who would be overzealous.

“My God does not tell me I have to marry a Mukurino," he pointed out, for example, when asked to explain whether some members saw a problem in his decision to marry from outside the faith. "It's not that if you marry outside the faith, you're leaving the faith.” That view happens to contrast sharply with Zablon's experience, where clerically arranged marriage was the acceptable norm for members of the congregation.

The challenge Dr Wachira seems to pick up is the imperative to speak to the different aspects of the Akorino experience in the country, given that he can leverage his experience, success and charisma to come to the forefront of that conversation.

If that affords him some power, it also affords him a wonderful opportunity to open an important discussion on strict religious groups in Kenya and to offer guidance to young people in those groups still in the process of understanding and shaping their own identities.

How can they navigate their own individuality in the face of fellow group members who would be overzealous and less tolerant of difference? That seems to be a question for the future.

Kamau Muiga is a writer and freelance journalist who covers African politics, history and culture. Find him on Twitter: @kamaumuiga.

Despite spending decades in the US, he says there is no place like home
News
8 months ago
by Kamau Muiga
Lifestyle
02 July 2021 - 05:00