When to cut off toxic family 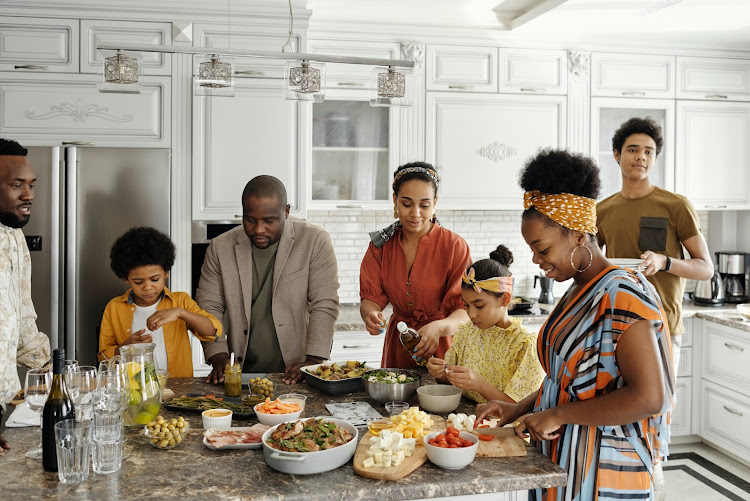 A family during a meal
Image: PEXELS

Have you ever wondered why humans are the only species addicted to drama? We binge-watch television dramas and explosive reality shows to quench the thirst for much-needed drama in our ‘boring’ lives.

The truth of the matter is that our own lives are plagued with toxic relationships, with family members who make telenovela villains look saintly. While the TV dramas might seem farfetched at times, the reality is that family conflicts are far worse!

In every family, there is at least one troubled character who causes mayhem and is often at the centre of every dispute. Within each family, there are people with the following characteristics: the kleptomaniac, the insurgent, the debtor, the narcissist, the flirt, the fighter, and on goes the list. More often than not, the people with these characteristics are at the root of every family disagreement.

As I grow older, I find myself having a low tolerance for crap. If you are a fighter, then I do not want you in my space. If you are a narcissist, I’d rather watch paint dry than listen to you. Or if you are known to have sticky hands, then you are not welcome in my home. I have no problem whatsoever cutting out scoundrels who cause mayhem in the Zen world I am trying to create for myself.

You might find this way of living is very individualistic or anti-cultural, but I have come to realise that in life, we pick the battles that matter. I am naturally a non-confrontational person, and I would rather stay away from a person who is a possible threat to my sanity or peace of mind. I have, therefore, concluded that I would rather cut off family members who have a tendency to cause problems anywhere they go.

Closely related to my article on why black tax is the enemy of progress, I find that family members who use you as their own personal ATM to be very toxic. These people care less about your struggles as long as you are providing for them.

There are various types of toxic relationships within families, even if we do not consider them toxic yet and characterise them as “that is just how he or she is”. The sooner we realise that toxic relationships are like a parasitic plant that will grow around the host plant, eventually squeezing the life out of the host, the better. The people who choose to be wicked throughout their lives should have no space in yours. If they refuse to change and grow, pick up the shears and prune that tree.