By six months, most babies are fed other foods due to work pressures. Employers are urged to set up areas for lactating mothers and storing facilities

• WHO and Unicef recommends that newborns be exclusively be breastfed for six months before they are introduce to other foods. 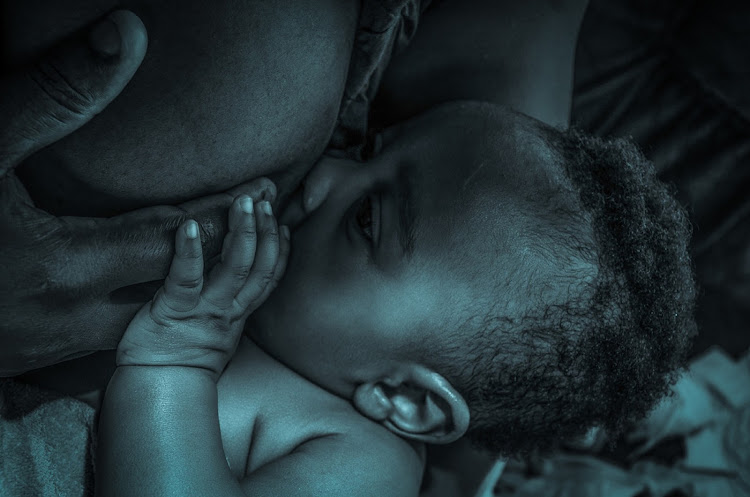 It is every mother’s wish to breastfeed their newborn for at least three months before they go back to work.

It is also every mother’s dream to exclusively breastfeed their babies for six months before they introduce them to other foods.

This will give them ample time to not only take care of their young ones but also give them adequate nutrition.

However, due to circumstances, many working mothers are forced to cut short their maternity stay and go back to work, thus denying their babies important and much-needed nutrients at that early stage.

Maureen Mudi, a media practitioner, was forced to deny her secondborn daughter the luxury of having her mother close by when she had to go back to work one week after giving birth.

Seven months into her pregnancy, Mudi lost everything she owned to an inferno that razed her house.

“I lost everything in that fire. The shopping I had done for the baby was all gone, and I just prayed that the baby would not arrive early because we were literally homeless,” she said.

She had to stay at her sister’s house for some weeks as she tried to get back on her feet.

At the time, Mudi was just a correspondent, earning a meagre income.

“I used to be paid according to the number of stories I write, meaning if I do not write, I would not earn. With such circumstances, enjoying the three months of maternity leave was not an option,” she said.

Also, while still in hospital after giving birth, a number of her colleagues were sacked, and she narrowly escaped the axe. So she had to go back to avoid to avoid being a victim.

As she went back to work, the baby had to start taking normal milk. Her breast milk was not enough, and so expressing milk was out of the question.

Mudi said she also could not afford baby formula milk, which would have supplemented the insufficient breast milk.

An infant’s digestion system is delicate, and foods aside from breast milk might have a negative impact on the baby and cause stomach complications, such as diarrhoea

Linah Wawuda, a nutrition and diet expert, says breast milk is the best meal for babies in their first year of life, but it is especially important in the first six months.

It has hormones and the right amount of protein, sugar, fat and most vitamins to help the baby grow and develop, as well as fats and acids that help the growth of baby’s brain and eyes.

Wawuda said mothers of new babies need to exclusively breastfeed their babies for six months before introducing any other foods.

“An infant’s digestion system is delicate, and foods aside from breast milk might have a negative impact on the baby and cause stomach complications, such as diarrhoea,” she said.

Scientists say the milk also reduces the chances of unexplained deaths of infants under the age of one year, commonly referred to as sudden instant death syndrome.

Wawuda said it is advisable for mothers to keep breastfeeding for 12 months or more, even when the mother has introduced the baby to solid foods.

The World Health Organisation and Unicef recommend for mothers to breastfeed their babies beyond the child’s first birthday or up to two years.

Despite health experts championing exclusive breastfeeding, research has shown that working mothers stray from the target with time, with those in formal employment faring worse than their counterparts in informal employment.

The survey aimed to compare compliance with the EBF guidelines between mothers formally and informally employed in the flowers and hotel sectors in Naivasha, Nakuru county.

The report shows that at six-week postpartum, EBF did not differ by employment status.

At 36 weeks, the prevalence of breastfeeding did not differ by employment status as at least 98 per cent of the mothers were not breastfeeding their children.

The survey also looked at Kenya’s legislation and policies on maternity leave and workplace support for breastfeeding as well as breast milk expression.

It aimed to find out to what extent the maternity legal framework influences the breastfeeding practices of low-wage mothers.

The study indicated that, despite the recognition of the six months of EBF, employed mothers said they could not adhere to it as they prepared for return to work after completing their three-month maternity leave.

Most mothers had to introduce normal milk or formula to supplement the breast milk supply for the baby.

Husbands of the employed new mothers supported EBF and wanted to see their children exclusively breastfed and even recommended the duration be extended.

The study also revealed that managers of hotels or farms where employed mothers worked supported lactating mothers through flexible work schedules and duties.

However, only a few workstations had areas designated for lactating mothers, as most of them preferred reporting to work later or leaving earlier.

The mothers also did not prefer visiting the children to feed them during the workday.

Daycare directors cited lack of refrigeration for expressed milk and low interest from mothers in leaving expressed milk to feed their children during the workday as the reason why EBF could not be attained.

Employers with on-site housing and or daycare report a more favourable environment to support EBF.

Healthcare providers perceive low-wage, maternal employment as a challenge to six months of EBF, but identified community outreach as one of the ways to promote EBF.

Even though informally employed mothers receive benefits from their employers to support their children, EBF remains elusive due to distanced daycare, low efficacy for expressing or storing milk and lack of support for milk expression.

The research called for support of the employed mothers to help prolong the period of EBF.

It also urged companies to push for special equipped rooms, where lactating mothers can express milk before placing it in a refrigerator.