In Summary
by MARYANN CHAI Correspondent, West Pokot
Lifestyle
11 December 2020 - 05:00
A mother juggles between work and taking care of her baby.
Image: COURTESY

Being pregnant is a joyous yet challenging time for many women.

It is doubly challenging for career women or those looking for jobs.

Some countries have made strides, through legislation, in keeping pregnant women and young mothers at work. Others, not so much.

Some organisations too have come up with policies that are friendly to this category of employees, but others fire them instead.

“My employer terminated my contract immediately he realised that I was pregnant," says Mary Cheptoo (not her real name).

She was working as a teacher on a board of management contract in Trans Nzoia county.

"I was summoned to his office on Monday and ordered not to report to work the following day. This was devastating because my boyfriend had also rejected me.”

At four months pregnant, she was forced to start jobhunting.

“I needed to save some coins for my unborn child but most school heads rejected me because I was pregnant,” she says.

A young mother says she attended an interview while seven months pregnant and was successful but the panel told she could not get the job as she was almost due.

“After the interview, I was called by the panel and asked when I was due. When I told them in two months' time, they had the courage to tell me that 'even though you have qualified we cannot hire you because you will immediately ask for maternity leave',” she says.

A civil engineering graduate tells the Star she was denied a job by a private firm because she had a seven-month-old baby.
Then a fresh graduate, she was asked by the human resource manager about her marital status.

“I was very frank with her. I told her my position since she was a woman and I thought she would understand me," she says.

"After I mentioned that I had a baby who was still breastfeeding, she denied me the job saying the company needed a person who would deliver 24 hours.”

The HR manager said the job entailed a lot of fieldwork and the company wanted a person who was flexible.

“I pleaded with her and assured her that I would balance between work and taking care of my child but she rejected me,” she says.

She says the government should come up with laws on pregnant and breastfeeding mothers seeking employment. 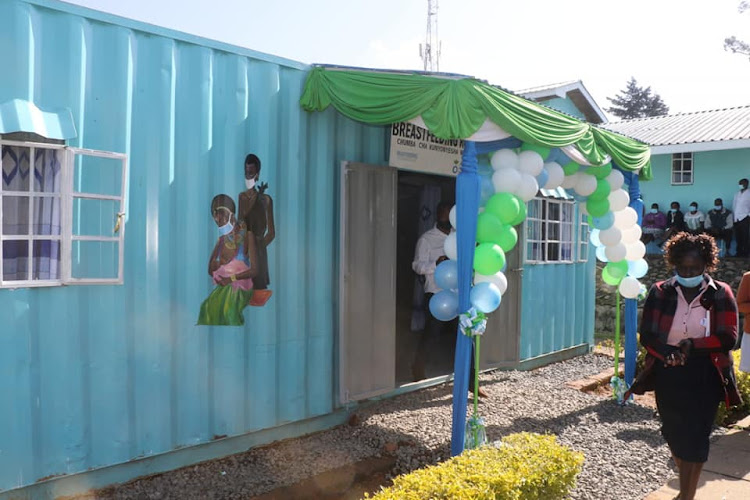 Section 29 of the Employment Act, 2012 provides that a female employee shall be entitled to three months' maternity leave with full pay.

This is provided she gives not less than seven days' notice in advance or a shorter period as may be reasonable in the circumstances.

The Act does not provide for pregnancy-specific medical benefits.

“When I was pregnant with my firstborn daughter, the company did not give me enough time to attend clinics. I was only given two hours. This forced me to seek services in private hospitals since I could not cope with the long queues in public hospitals,” she says.

Nyaberi says she was only given two weeks' maternity leave and was asked to report back immediately.

“I tried to negotiate with her and she agreed to let me stay at home for two more weeks as I nursed my baby, but I was not paid for the two weeks,” she says.

Nyaberi says she was not offered breastfeeding breaks.

“Sometimes I could cry when I received a call from my domestic manager saying that the baby had refused to take the milk I had expressed before I left in the morning. I could hear the cries in the background. I thought of resigning but with the current economic situation, I decided to hold on,” she says.

The firm would not even give her time off to take her baby for vaccination.

“I thank God I had a supportive system around me and my domestic manager took over the responsibility,” she says.

“My girl is now two and a half years old. I don’t think of giving birth again when I recall what I went through.”

THOSE THAT GOT IT RIGHT

Media are at the forefront of championing human rights by articulating issues to society.

But they have been accused of doing a not-so-good job with their own employees, especially women.

“Media houses are good at fighting for the rights of others but most do not give female journalists maternity leave,” says a female correspondent.

"We are expected to deliver since we are paid for work done. If I don’t submit stories, my job is at risk.”

But as mentioned earlier, some organisations have come up with policies that allow women to give birth, raise their children and still have fulfilling careers.

Flavour Blessings was recently employed by one of the country's top supermarkets while she was five months pregnant.

“I had applied for the job before I got pregnant. They called me for an interview while I was five months pregnant. I did not want to be embarrassed so I told the human resource manager that I was pregnant. He just laughed and asked me to attend the interview. I was amazed to be employed while I was pregnant,” she says.

Martha Njeri, who works for an international NGO, says her employer supported her when she gave birth.

“My child had eye complications and was scheduled for surgery at three and six months. My employer asked me to nurse my baby and I was fully paid for the seven months I was away nursing my daughter,” she says.

Njeri says many women fall into depression after giving birth if they are not fully supported.

She urges organisations to support women when they are pregnant and when they are nursing, as they are encouraged to exclusively breastfeed babies for six months.

One of the benefits is that children are better able to withstand diseases in future.

He says few mothers exclusively breastfeed. The doctor urges organisations to set up lactating rooms to support the campaign.

It is challenging to sustain exclusive breastfeeding but there is always a way.
News
1 year ago

Parliament exposed after MP ejected for taking baby to House