How getting ‘left behind’ leads to social pressure

The pressure to make it is real, making corruption palatable to the youth 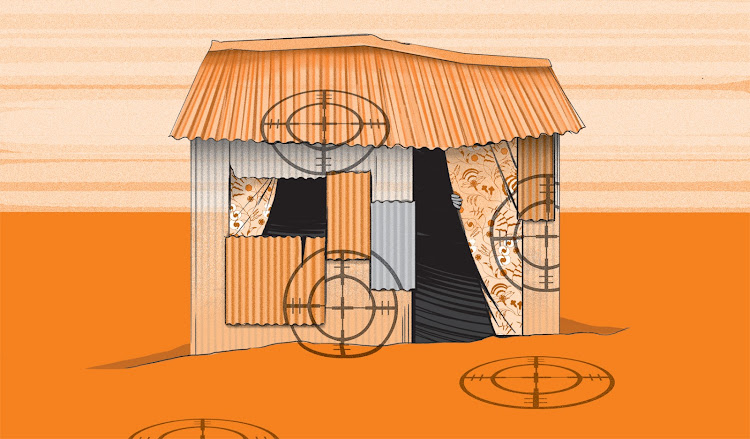 Makena Kimathi is in constant worry. Aged 30, with a stable job, she feels her family, relatives and friends are looking down on her because she has not acquired the material symbols of a prosperous life.

By most definitions of success, Makena is not badly off. She is a university graduate who got into formal employment within three years of completing her first degree. Her salary affords her a spacious one bedroom flat in Nairobi. She never has to skip a meal for lack of money, neither does she ever borrow for bus fare. She owns a smartphone and can afford to send some money to her ageing parents back in her rural home.

Why, then, is she dissatisfied with her life? "My relatives and friends have cars and I don't, they go on holidays abroad and I can't join them. They live in Kileleshwa, Westlands and Lang'ata, while I live in Umoja," Makena says.

“I want to wear designer dresses like my friends, drive a car like them, go to the entertainment places they visit, hang out with rich people. I am an underachiever because I cannot afford all those things."

To fulfil her strong desire to live up to her friends' lifestyles, Makena plans to start a side hustle to supplement her salary. She says getting start-up capital for a business is a challenge, but she's determined to do whatever it takes to get into the leagues of the rich.

Many young people say they are under pressure from society to show they have made it in life. The measure of success is material possessions, such as cars, a nice house in an upmarket neighbourhood, investments in real estate, a house in the rural areas, going on holiday abroad, designer wear, among many other status symbols.

FAKE IT TILL YOU MAKE IT?

In 2016, Seveline Kinya, a Kenyan woman, became a subject of world news after her edited photos went viral. The photos were of her image superimposed on world-famous tourist destinations, such as the Great Wall of China. Seveline said she posted the photos because she wanted to show her friends she was on holiday, though she could not afford it.

Luckily for Seveline, a generous man sympathised with her and paid for an actual holiday to China. The incident highlighted the pressures young people face to keep up with the lifestyles of their peers.

Today's economic realities mean that fresh graduates are more likely to start getting stable jobs well into their late twenties or early thirties. Without the regular income from a job, it becomes difficult to acquire the symbols of success as defined by society. This leads to frustration among the many ambitious youths, resulting in feelings of 'kuwachwa nyuma', or getting left behind.

The traditional markers of adulthood in Kenya include getting a job, preferably a white-collar job. In pastoralist lands, adulthood means acquiring livestock, a cultural practice blamed for cattle rustling in northern Kenya. Regardless of the means used to achieve a solid financial base, marriage usually follows soon afterwards. With marriage, the couple is expected to bear children and raise them in accordance with their community’s social values.

Adults are generally expected to participate in the affairs of their communities by making financial contributions. Helping out the less fortunate in society is another key marker of adulthood. All these things cannot happen without an income, resulting in stifled ambitions among the youth.

“Public perceptions of what adulthood is supposed to look like, and even the views of young people themselves, are often anchored in an earlier historical era,” reads part of a report titled, "Becoming Adult: Meanings of Markers to Adulthood" published in 2015. The authors of the study noted that "the clash between outdated ideas and the new realities of adulthood create a major set of contradictions for young people".

How to get and stay rich safely

The expectation–reality gap with regards to achieving the markers of adulthoods often spills over into relations between parents and their grown-up children. Those who have manifested the markers of adulthood may get more favourable treatment from their parents. This could worsen the feelings of being "left behind" among those children who have not achieved material success.

In her late 30s, single, with no children, Mariah* (not her real name) feels her siblings get better treatment from her parents because they carry gifts whenever they travel to the village. "I feel bad because I cannot contribute much to help my parents," says Mariah who works as a small-scale trader in Nairobi. As she lives in a bedsitter, Mariah cannot host her parents whenever they travel to Nairobi. The parents opt to stay at one of her siblings' three-bedroom houses.

“I feel left behind when everybody else is talking about their husbands, children, their homes, cars and property. I have none of those," says Mariah. Though her parents no longer ask Mariah about getting married, relatives keep reminding her to “grow up.”

In many families, parents draw comparisons between their children and those of relatives. They wonder why their children don't have the same kind of success with questions like, "Why don't you have a car like that of your cousin?" Single persons are constantly reminded to find marriage partners of a higher social status than those of their married relatives so as not to shame the family.

The pressure to keep up appearances could push some youths into corrupt practices. A study published by the East Africa Institute before the 2017 General Elections revealed that half of the young people who participated in the survey said it did not matter how a person makes money, as long as they do not get caught. And 35 per cent said they would be willing to take or give a bribe.

Reacting to the findings, veteran politician Koigi Wamwere said corruption is proliferating among youth because corrupt leaders are the role models that society crowns with national leadership. “The youth also embrace corruption because the media makes corrupt people seem the most successful in society,” he wrote in the Star.

“Consequently, the youth see corruption as an activity that is not only praised at home and in the family, but as something that has only benefits and no cost, and which only fools will refuse to engage in. Why should the youth avoid corruption, which can give you wealth, power, leadership and heroism?”

Ten ways to increase your wealth in 2021
Post a comment
WATCH: The latest videos from the Star
by GODFREY KIMEGA Communication Professional
Lifestyle
30 January 2021 - 05:30
Read The E-Paper