Arts and social science degrees have long been looked down upon

• Universities are popping up everywhere but jobs for graduates remain scarce 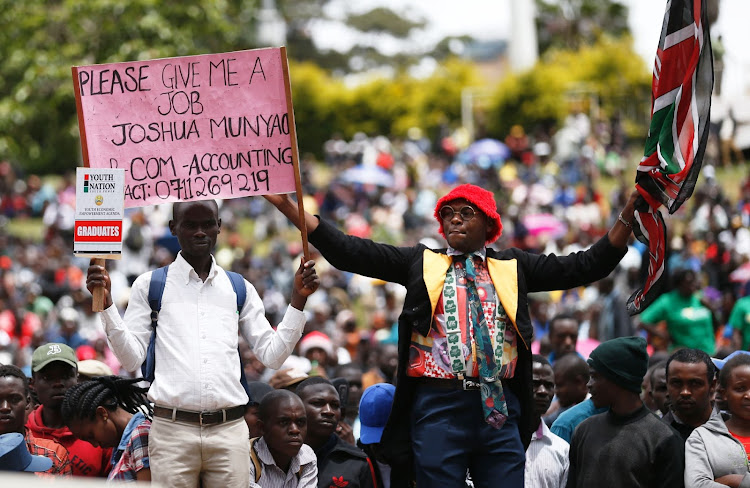 The large number of unemployed graduates is leading many to question the utility of university education, but is the skepticism justified?

The frustration of joblessness is shared by parents and guardians who sacrificed hundreds of thousands of shillings for their young people’s university education. Tensions arise in the family when the graduates are accused of not doing enough to get a job.

Universities are also getting bashed for unemployment among their graduates, with claims mostly from politicians that current university degrees are not relevant to the job market. Deputy President William Ruto stoked that controversy several times in the past decade, declaring that arts and social science degrees are not as useful as science-based courses.

In 2017, the DP said the market was saturated with arts and social science university graduates, but there weren't enough middle-level graduates with technical skills in applied sciences, engineering and technology. He made similar remarks in 2011, when he was Minister for Education in the Grand Coalition Government.

In neighbouring Uganda, President Yoweri Museveni, in his typically blunt style, told Ugandans not to take “useless degrees”. The degrees he had in mind were arts-based courses. Museveni said the degrees “have not added much value to the Ugandan economy”.

Still within East Africa, a Member of the Tanzanian Parliament caused a stir when he said a university degree is not worth the investment because it cannot be used as security for a loan during family emergencies.

"Our young people leave home at the age of 18; they come back at the age of 25 with a degree," he said. "The graduates don't want to farm, they don't want to herd cattle, they sit at home waiting for jobs. The uneducated are more useful to society because they can do any work!”

In 2019, the Ministry of Education proposed scrapping some degree courses offered by Kenyan universities because the courses were no longer attractive to employers. The Ministry said too many universities were offering the same type of courses, duplicating each other's efforts and saturating the job market.

“The expansion of university education in the last 15 years was unprecedented,” said Dr Alex Awiti, Vice Provost at Aga Khan University, in an article published in the Star.

“Satellite colleges mushroomed. Tertiary institutions were converted to universities and colleges. In the era of devolution, political pressure has been piling to open at least one university in every county. Private universities proliferated,” he wrote.

Time is right for deep reforms in university education

We must go back to the basics; university must be about teaching excellence.
Opinion
3 years ago

Both public and private universities rushed to open campuses across the country. The increase in the number of universities did not cause a commensurate increase in job opportunities, leading to frustrations among graduates.

Questions over whether graduates are suitable for employment aren’t going away any time soon. If anything, the debate will intensify because changes in the workplace mean companies are not recruiting as much as they previously would.

Low-skilled jobs, such as messenger and tea girls, were the first to go. These were followed by semi-skilled employment, such as those of typists and clerks. Today, computer technology is cutting down white-collar jobs. Perhaps in the future, journalists will be replaced with artificial intelligence software! The mismatch between qualified persons and available employment will linger.

University education for all is a 20th-century phenomenon. Industrialisation required new types of workers. No longer were armies of men required to beat metal sheets with hammers, or to harvest thousands of acres of wheat by hand. Machines could do the work faster and at much lower costs.

University education can be traced back 4,000 years to ancient China. The Chinese emperors wanted a class of literate, educated officials to run the government. Ancient India had the Hindu gurukulas and Buddhist vihares for the priests and monks.

How I will change UoN — VC Kiama

Modern universities follow the European tradition established by universities founded by the Catholic Church beginning from the 12th Century. Due to tensions between church and state, European universities developed as independent centres of knowledge, where students and teachers had academic freedom unlike the much older centres of learning in Asia. Universities evolved from elite training centres into academic institutions open to everybody regardless of social class.

This means there is plenty of potential in advancing higher education in Kenya, but questions about employment remain. The solution might be providing adequate information to prospective students early in life to help them choose courses that will be marketable to employers.

The Organisation for Economic Co-operation and Development has published a set of pointers for career guidance counsellors. If young people choose the wrong career, the costs of changing later in life can be high.