Together apart: Giving space in relationships

While sharing is healthy, some boundaries are still necessary

• The truth is that all couples need space, be it on a physical or emotional spectrum 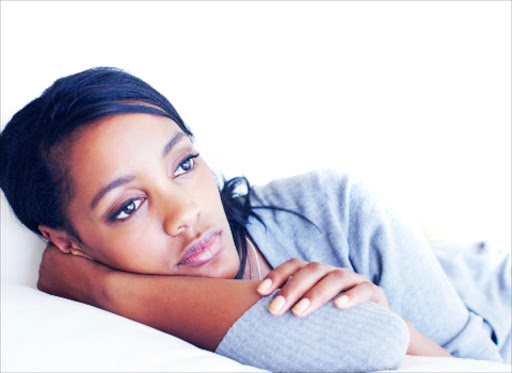 As distant-relationship married couple, my husband and I are often desperate to close the distance gap and finally get to be with each other in person.

Since we have been living in different countries for a few years, we have learnt to adapt to our out-of-the-ordinary situation. In short, we met in graduate school and became instant friends. We spent three years attached to the hip with the obvious exception of when we were in our respective faculties.

Being close in physical distance as well as emotionally was background that formed the foundation of our relationship. It was, therefore, extremely difficult for us to adapt to being apart for long periods on end. You can imagine the excitement of such a couple when they finally get to be together. It becomes easy to say how you will be together all the time so you don’t take the time for granted. While the feeling is understandable, it is almost impossible to implement.

The truth is that all couples need space. Be it on a physical or emotional spectrum. Physically, we know the importance of space in a relationship. There was a time I had altercations with a roommate and a friend of mine told me “familiarity breeds contempt”. These words became like a mantra for all my relationships in later years. I started learning how to read the signs of the downside of being in close proximity with people over a long periods of time.

Space is important for couples to have healthy relationships. We often forget that a couple is not a whole but two wholes existing in a union. Each person in a relationship needs to feel whole in his or her individual identities to be able to form a healthy partnership. Giving each other space in a relationship is essential for the people to maintain their own identities.

I apply the same logic to my marriage. My husband and I are almost complete opposites when it comes to interests. I’m into yoga, reality television and baking, he’s into sports, techy stuff and did I say sports? I mean when basketball season is over, football season starts, then it’s something else and on it goes all year long. Instead of being frustrated by his interests, we decided that our alone times would be used to focus on our individual interests. Even if we are in the same house, we can stay in different ends of the house and enjoy our alone time.

You may ask why I write about giving each other physical space when I started the article by explaining that I am currently in a long-distance relationship. Up until recently, I have come to learn that space expounds beyond the limits of the physical scope. In the months we are physically apart, we spend so much time on the phone. I guess it might sound like an over compensation on the lack of physical space. We talk about our days, struggles, work or anything we encounter. Every single day.

While this is healthy to some extent, we have both come to realise we still keep some things private. This in any way does not mean lies or deceit. We have come to understand some struggles are personal and that we must face them on our own. It is part of our personal growth and development.

Space is easy to define when spoken about in the physical term, but in a relationship, space can mean so much more. It is important to understand the individual needs as well as the needs of the relationship for you to formulate the kind of space needed in your relationship. Bear in mind that no relationship is alike; there is nothing mainstream about relationships in the world. Every couple is unique; do not be afraid to build your relationship on foundations that work for you.

In solitude we learn what really matters

Everyone is figuring out what they value most during this pandemic
Sasa
1 year ago
by Nabila Hatimy Entertainment Writer
Lifestyle
08 October 2020 - 05:00