You can be in a toxic relationship that is not entirely abusive.

• For one to be stuck in a toxic relationship, there must be an unhealthy attachment to the person that is keeping him or her from breaking through from it.

• Even though it is unrealistic to constantly feel happy in a relationship, a healthy partnership will not have you longing for affection. 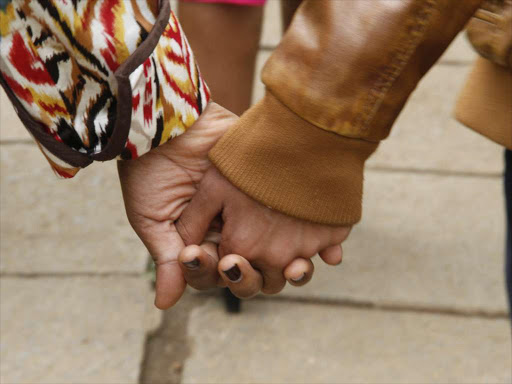 If it's so bad, why don't you just leave already?

This cringe-worthy question may appear very simple to answer but in reality, it's a tough row to hoe, especially if you are in a toxic relationship.

If you are in an unhealthy relationship, where you feel thoroughly unhappy, you must know how uncomfortable and nervous you get when asked that question.

You can be in a toxic relationship that is not entirely abusive except for daily fuss and arguments.

My sister Karen Njeri* knows what it is like to walk on proverbial eggshells all the time in a relationship.

Njeri is a 34 year-year old operations manager in one of the most prestigious private security firms in Nairobi.

She has a masters degree in International Business Administration from USIU and a pending PhD course she is yet to complete.

Njeri has a boyfriend, Frank**, whom she has been dating for over nine years and cohabiting for seven years.

Frank moved to her house when she turned 27 so 'they can be closer'.

However, three years into living together, life was no longer 'peaches and cream' as before.

As expected, well-hidden toxic traits were uncovered as they began to know more about each other.

Frank is a violent man, abusive and even though he has never laid a hand on her, he’s constantly saying hurtful words.

He pokes on her insecurities a lot and as quick as he is to apologise, he repeats the cycle all over again.

Njeri always complains how egoistic and self-absorbed Frank is and how he is completely blind to his personal flaws.

Most times, he comes home very late and asks for food.

He picks fights on petty issues like why there is no toilet paper in the toilet, why aren’t his clothes arranged according to colours or why she took long to open the door for him.

Frank lusts for and flirts a lot with other women disregarding Njeri who would often make excuses of how 'men will always flirt with other ladies'.

They fight a lot because there is no trust in their relationship anymore.

The thing is, Njeri still has blinding anticipation that Frank will propose and marry her someday.... soon...she hopes.

It's been almost a decade of false engagement promises and a sweet-tounged Frank who would always find a way to convince Njeri to wait a little longer.

"Let's get our finances together. I am not ready yet. Things are better like this. We will get married when we are ready. Two more years."

This man never runs of excuses as Njeri slowly loses her will to see the reality of her entanglement.

She had hoped to be married with kids by the time she turned 30 but here she is approaching 35 and still stuck up on a man who has no clear future plans with her.

Like most ladies, my sister is a 'long-term committer', who doesn't know how to be alone.

For one to be stuck in a toxic relationship, there must be an unhealthy attachment to the person that is keeping him or her from breaking through from it. 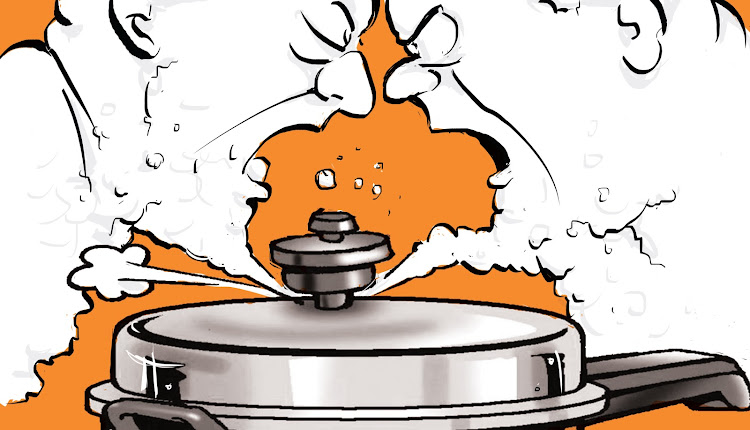 How to know you are in a toxic relationship.

It is important to understand that there is no perfect relationship and even the happiest of couples have disagreements, argument and temporary breakups.

It is however crucial for one to look at the relationship with scrutiny and decide whether it is healthy or not.

Being consistently unhappy without feeling safe, supported or loved might be a sign you are with a wrong person and it's time to leave.

Even though it is unrealistic to constantly feel happy in a relationship, a healthy partnership will not have you longing for affection.

If your partner is not kind or sane and always find a way to spin back on you, blame you to escape accountability, there is a high chance he will only continue to hurt you.

The thing is narcissists cannot just suddenly have a change of character.

They always treat everything like an attack and try to inflicting damage instead of solving the issue at hand.

If you also have an emotional dependency on others, you could be having a toxic character yourself. This might compel you to set unrealistic goals or future plans with people who might not be for it.

Relationship expert and Coach Stephan Labossiere has put to light that for some people, toxic relationships is a circle.

Every relationship they get in turns into something unhealthy because the toxicity starts within them.

"Sometimes we don't realize how quick toxic relationship can get us withdrawn and fall into a dark place."

He insists that everyone should welcome healing so as to foster healthier relationships not only with other people but with themselves.

"In order for you to break from that, you got to get to the root of the issue. Find out what haven't you healed from and what is really keeping you there. Whatever it is, face that issue and resolve it," he said during one of his coaching sessions online.

He insists that everyone should welcome healing so as to foster healthier relationships not only with other people but with themselves.

Why people chose to stay.

Apart from the fear of being alone, most people dread the hassle of starting over.

Acknowledging all the time spent on someone who is truly not best for you can be nerve-racking.

Most people choose to stay in a dysfunctional relationship because it seems to fulfil an emotional itch or a physical need that warrants them to stay and make it work.

For Njeri's case, I've witnessed all the birthdays she thought would end with a ring on her finger but only end up crushed and devastated.

Even with a heavy heart, she still wouldn't leave because she feels she has invested so much on the relationship.

Past hurt also plays a role in overstaying in toxicity.

Countless people grew up with one parent having tolerated so much abuse from the other that getting less than a drop of the affection they deserve to get them hooked.

Guilt from being pushed to feel like you are the problem.  This usually pushes people to try and make the already dysfunctional relationship to work.

How to walk away.

The first step to getting out of an unhealthy relationship is acceptance.

Relationship experts advise that one needs to acknowledge why are he or she is stuck in that toxic relationship.

For some, it could be for kids, money, fear of not finding someone better or lack of confidence which may have been triggered by inferior treatment in the relationship.

One has to make a mental assertion of leaving before embarking on a plan of action. Understand that it is not going to be easy.

While coming up with a strategic plan for after the breakup, check your finances, if you were leaving together find a new housing plan before having the conversation with your partner.

Move if you want to move or cut all communication then begin the healing process of setting new standards and getting new knowledge which will reinforce your decision.

Refrain from seeking closure as it is an undisclosed way of trying to salvage the relationship.

Like any relationship breakup, it will hurt like hell but you don't want to skip past that hurt. Grieve as long as you will find comfortable.

During the healing process, limit who you tell since people's opinion could make going back easier, therapy is also an excellent choice for setting new standards going forward.

Understanding one's intrinsic value and setting boundaries of what you can and cannot tolerate even from people you genuinely care for is important.

A woman hacked a man to death in Eldoret on Thursday night after the two reportedly differed over a strenuous love affair.The woman reportedly cut ...
News
6 years ago
Post a comment
WATCH: The latest videos from the Star
by SHARON MAOMBO Business Writer
Lifestyle
23 September 2020 - 12:44
Read The E-Paper