Love and Lust: What it takes to lure a woman into marriage

A woman who carries influence is appreciated by men and can be approached easily.

• The pastor notes that men want women who flirt with them.

• Pastor Susan Munene aka 'twa twa' tells the Star that a woman,'s attitude, aura will make a man choose her. 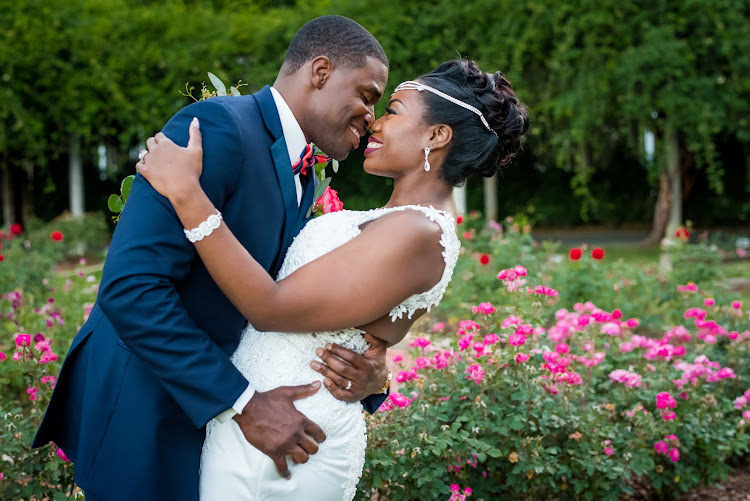 A woman who carries influence is appreciated by men and can be approached easily.
Image: The Price Approach Photography

I agree that some people think that it easy but no, it is not.

When you meet a man in his 30's looking for a woman to settle down, that man must really put so much into consideration.

I speak to one John Naliaka who tells me that it took him four years to get a woman he could settle down with.

"Actually, I settled down at the age of 24 years immediately after college. However, many men believe the age of settling down to marry should be between 24-27 years," Naliaka said.

Speaking to the Star, Naliaka said it did not take him long to get the woman of his dreams.

"It did not take me long. My wife is my former high schoolmate and therefore we spent some four years in the same school. While in school, we did not have any relationship but we knew each other well. We would bump meet a year later after school," he said.

On techniques to possess, while looking for the 'one', Naliaka said his weapon was GOD.

"Mine was to be God-fearing as she was a churchgoer. That worked perfectly because she gained trust and confidence in me. I managed to win over her heart and she is my wife," he said.

BUT what does it take for a man to desire a woman?

Pastor Susan Munene who is famously known for her 'twa twa' advice tells the Star that a woman,'s attitude and aura will make a man choose her.

She lists five reasons a man will look at a woman and feel that she is the right person.

"When you expose your body too much. They will lust over you and dump you. Men are hunters and discoverers, Let them hunt for you. Let them discover what is beneath that clothing."

Men are hunters and discoverers, Let them hunt for you.. let them discover what is beneath that clothing

Munene says that when a woman is fully dressed, men tend to have an x-ray in their heads of how you look making them want you.

"When you are exposed, he takes you as a sex object. Men are also gatherers, they will ask about you and come with a conclusion," she said.

Munene noted that men do not live in a world of their own rather they would want to share emotional things with the women they get.

"Those virtues of patience, being joyful, playful, smiley are things that men go for. They want a woman who is not rigid," she says.

The pastor notes that men want women who flirt with them.

"Somebody who behaves like a baby. Someone who at one point is sure about something and the next not so sure," she says.

Munene says this does not make you less of a woman. She explains that this kind of woman needs the attention of the man and involves her in all her ups and downs.

"This woman just needs attention and company. To a man, this woman is flexible and not stiff minded," she said.

She notes that a woman who carries influence is one that is appreciated by men and can be approached much easily.

"A woman carries influence while a man carries authority and dominion. Dominion is to concur the world, not the woman," she said.

His manhood goes down, Libido goes down, his dreams become shattered.

Munene notes that when a woman is one who exercises authority on a man, the man will likely move away from her.

"If the woman talks down on the man every now and then, he makes the man impotent in all ways. His manhood goes down, Libido goes down, his dreams become shattered, his thoughts of marrying you go down the drain. Inwardly, he becomes a walking corpse and he will not desire you no more," she said.

She notes that the man becomes suicidal and that is when cases of men killing their wives and children rise up.

Men go for composed women. Munene says this will entice the man who would want to explore this woman.

"Women who are quiet are desired because when a man is facing emotional challenges, he would want a woman who will listen to him and help him go through his challenges," she said.

Ladies, here is how to keep that man

Naliaka says that men should spend a bit of time knowing the kind of person they want in their lives before actually going out there to look for one.

"They need to approach someone when they have done their background checks and are sure they have the virtues they are looking for," he says.

"It is better to spend some more time to be sure who you want than to start regretting much later in life."

Naliaka told men to settle down when they are already mature enough.

"Lastly, I propose the maturity age for men to settle down to be not less than 27 years for an ideal marriage although there are some circumstances that can force young men into settling down much earlier," he says.

"It would be better to date more before settling down as that would enrich bonding and release the necessary enduring love that would hold the marriage. Above all, look for a lifetime companion, friend or partner, and not just a wife."

She and Waihiga Mwaura have kept their relationship off social media.
Sasa
2 years ago

It is fulfilling working with my best friend — Rashid Abdalla

Couples should differentiate between falling out and having differences.
Sasa
2 years ago
by NANCY AGUTU Senior Digital Reporter
Lifestyle
26 December 2019 - 07:07