Is dark chocolate really good for you?

•We've long been told that chocolate isn't good for us. But the darker the bar, the more surprisingly good it could be for health. 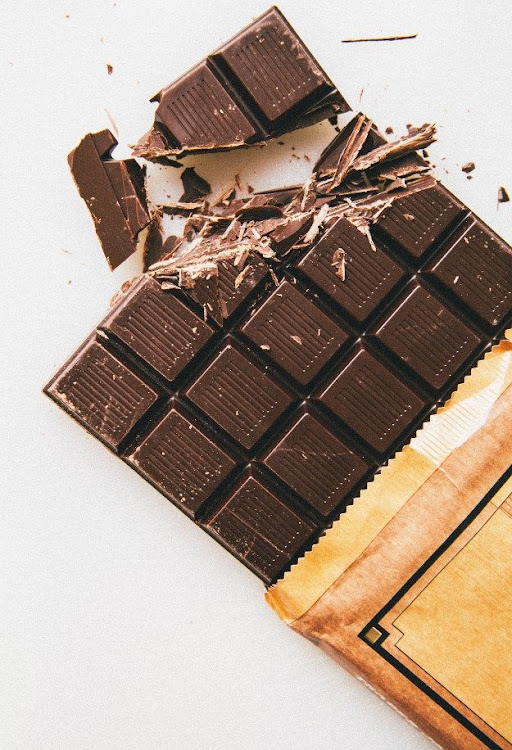 Humans have been consuming some form of chocolate for hundreds of years. For most of this time, it came in the form of liquid cacao, made from cacao beans.

Some cultures – but not all – have since added sugar, milk and shiny packaging. Those still consuming cacao more traditionally, meanwhile, have ignited a debate over whether chocolate can be good for our health.

The Kuna Indians, for instance, who live on the San Blas Islands of Panama, have low blood pressure that doesn't rise with age, low levels of heart attacks, strokes, diabetes and cancer, and they tend to die old, says Marji McCullough, senior scientific director of epidemiology research at the American Cancer Society.

And contrary to the scientific consensus that excessive salt can increase blood pressure, their diet contains as much salt as the average US person's.

To find out exactly what they consume on a daily basis, McCullough visited the Kuna Indians. She discovered that they were consuming around four cups of cocoa – cacao mixed with water and small amounts of sugar – every day.

But McCullough can't attribute the Kuna Indian's great health to cocoa-drinking with any certainty – especially since they were also eating twice as much fruit and four times as much fish as the average US diet. Plus, they live more active lifestyles than we generally do in the West.

Many other observational studies have looked at the heart benefits of dark chocolate, but they may be biased because people who eat chocolate more frequently tend to have fewer concerns about their weight, says JoAnn Manson, professor of medicine at Harvard Medical School. She adds that they may also be healthier to begin with.

In one study, researchers looked at the diets and health of 20,000 people, and found that eating up to 100g of chocolate – including milk chocolate – a day was associated with lower risk of heart disease and stroke. They controlled for other factors that might influence this, including smoking and exercise levels, but said there could be other explanations rather than the chocolate.

And then came a large clinical trial that could control for other possible causes, like diet and lifestyle. It was based on the hunch that the potential health benefits of cacao could be down to its high level of flavonoids, plant compounds also found in berries and tea.

The Cocoa Supplement and Multivitamin Outcomes Study, involving 21,000 people, found that taking 400 to 500mg daily cocoa flavanol supplements could reduce a person's risk of dying from heart disease by reducing blood pressure and inflammation in the body.

The scientists used supplements instead of actual cacao because the concentration of flavonoids can vary hugely across different chocolate brands, depending on the harvesting, manufacturing and processing, says Manson, who was also principal investigator of the trial.

Dark chocolate may have up to four times as many flavonoids as tea, but research shows that flavanol content is reduced during the manufacturing process.

As a consequence, there is currently no consensus about the amount of cocoa flavanols you'd need to see any health benefits, says Gunter Kuhnle, professor of nutrition and food science at the University of Reading.

While the European Food Standards Authority (EFSA) says around 200mg of cocoa flavonoids, or 10g of dark chocolate is beneficial, more recent data suggests that about 500mg per day is more likely to make a difference to our health. That’s the equivalent of a little under one small 30g bar of chocolate.

"I don't think any approach to increase flavanol content in chocolates will make them a 'health food'," Kuhnle says.

Dark chocolate also contains something else we don't know much about. It's one of the few sources – apart from coffee – of the plant molecule theobromine.

While it is a psychoactive substance, theobromine – which is in the same family as caffeine – can give you a "smoother hit" than caffeine, says Chris Alford, professor in applied psychology at the University of the West of England. And the darker the chocolate, the stronger the hit.

"If you're eating a lot of dark chocolate, you may get a genuine hit, and the theobromine may be nicer than the caffeine hit," he says.

For those who are concerned that chocolate increases the risk of heart disease, some researchers say it actually doesn't need to be avoided.

Dark chocolate usually also contains sugar, but one way to avoid this is to opt for chocolate with a higher percentage cocoa than the proportion found in milk chocolate.

Testing the effects of cocoa flavanol supplements also bypasses the other components of dark chocolate: sugar and saturated fat. Dark chocolate often contains cocoa butter, which is high in saturated fat, which has been linked to an increased risk of heart disease.

"The fats in chocolate all come from cocoa butter, but while evidence says stearic acid has a neutral effect on cholesterol, a third of fat in cocoa butter is saturated and deleterious to health," says Aedin Cassidy, professor at the School of Biological Sciences at Queen's University in Belfast.

While researchers haven't explicitly recommended eating chocolate to stave off heart disease, one paper concludes that regularly eating dark chocolate is likely to have net benefits to our health, and that the strongest evidence base pertains to heart health.

"Small amounts of chocolate won't be harmful and may challenge your relationship with chocolate, because you can enjoy a small amount and not feel guilty. The bitterness tends to make it self-limiting."

"There's a conflict between the good bits of cocoa and what we need to put with it to make it edible and enjoyable," says Mellor.

To make matters more complicated, it's possible that fat and sugar helps make the flavonoids in chocolate more bioavailable, which means they're easier for the body to take in.

"Some of these flavanols are complex organic compounds, and one way we can make them available is sticking sugar onto them," he says.

There just isn't enough research for anyone to look at the cocoa flavanol and sugar content in chocolate to conclude where the sweet spot is.

Also, there's still no way of knowing how many cocoa flavanols you're getting.

"Chocolate is not a health food, and, considering the amount of sugar and fat in most chocolates, it is likely that any benefit from flavanols are negligible compared to the adverse effects of overeating," says Kuhnle.

The quest for taste

There seems to be a surge in smaller "bean-to-bar" companies producing higher percentage cocoa with a focus on preserving taste, rather than any possible health benefits.

But what if the process of preserving the taste of the cocoa bean also, incidentally, results in a healthier chocolate?

Cocoa beans grown on the Solomon Islands in the Pacific are picked at the exact moment of ripeness, says Martyn O'Dare, co-founder of chocolate brand Firetree Chocolate.

The farmers then break open the cocoa pods and start the six-day process of fermentation, before drying them out. Some of the dried beans are then sent to the UK, to Firetree, where they are roasted whole.

This was how it was originally done, but in the early part of the 20th Century, things changed, according to O'Dare.

Chocolate companies relied on two crops from farmers – the main crop, harvested from November to January, and the mid-crop, from January to June, he says.

"The mid-crops were smaller and slightly inferior, and weren't initially sold. Then, companies started buying them at a discount, and farmers realised they were selling good beans at a lower price, so started mixing in the mid-crop with the main crop," he says.

"This meant that chocolate companies were receiving different size beans, which would require different roasting times. So they decided to start breaking open the shells so they could roast just the nibs."Whether this story is hearsay or not, the truth remains that smaller chocolate-makers might be on to something: roasting the whole bean, rather than just the nibs, often involves roasting at a lower temperature for longer.

We know that if we cook vegetables too long, fewer nutrients stay intact. But whether the same can be said for dark chocolate and the fruit it comes from, the cacao bean, remains to be seen – more research needs to be done.

Still, while you can find flavanols in many different foods alongside chocolate, studies suggest that dark chocolate can fit within a healthy diet.

"It's reasonable to have high percentage dark chocolate several times a week as long as you're avoiding excessive calories, but it shouldn't be perceived as a health food you try to eat more of," says Manson.

"Try to increase flavanols through diet, with tea, berries, grapes and other fruits, as well as a reasonable, moderate amount of high-cacao chocolate," she says.

For fluffy pancakes, there is actually the use of baking powder which makes it different from crepes.
Sasa
1 month ago

The disorder is mostly found in men, not women
Sasa
1 month ago

This recipe takes you through the steps to produce this filling snack.
Sasa
1 month ago

An easy recipe to help celebrate the return of the sun, perfect for chocolate lovers.
Sasa
2 months ago

Eight ways to curb your procrastination

We all procrastinate a bit, but it becomes a problem if it forms part of a chronic pattern.
Sasa
2 months ago

Sugary foods tend to disrupt some of your sleep hormones, leading to less restful sleep.
Sasa
2 months ago

How nuts increase your brain function