Is a new year ever new?

• Flour prices are still so high even with the new administration 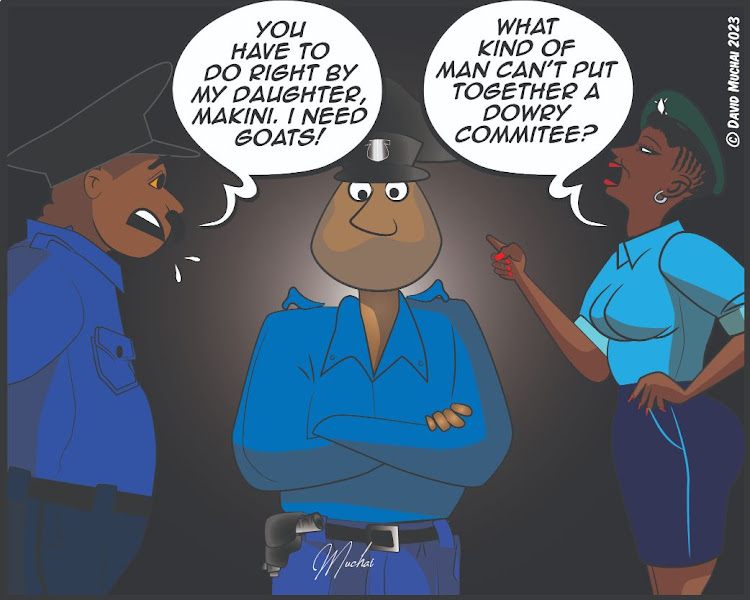 This far into the new year, only two things are certain: I’m yet to get used to writing 2023, and 2020 seems like such a long time ago. Remember all the masks and hand-washing? To mind comes a quote I believe I heard from Dr Kanzu back in the year of Covid: “If someone who went into a coma last year woke up today, he’d think we all became doctors.”

But the most revealing comment came from Wanyama, a resident meat vendor. On one of my few trips to buy a piece of dead cow from him, I asked, “Besides not eating raw bats, what has Covid taught you?”

“That my hands get very dirty throughout the day,” he said. “To think I thought washing once in the morning was enough.”

And there it was; a frank admission of the concoction of germs and other unmentionables we had been eating together with Wanyama’s meat. If my lack of money wasn’t good enough motivation not to eat meat, that would have been it. Don’t forget the man has at times been suspected of selling products that would make folks at Kemri poop their underwear.

Right on the heels of Covid came a downturn in the economy, exacerbated by a pointless war in Europe.

“Wewe hapana jua unga natoka Ukraine?” said Dr Selitol, our resident Indian and a man from whom you can buy anything legal (and illegal too, I suspect, if you know how to ask for it). “Hii Putin nafungia meli zote. Unga takuwa bei juu mpaka Russia nashinda. Ama Putin nakufa.”

Well, to date, neither of Selitol’s prediction has come to fruition. And it was worse in '22, when a General Election took place. Not only were public coffers raided to finance personal dreams, they were further looted by those who suddenly realised their time was up.

Then came the 31st of December. Folks spilled into the streets, some literally on their hands and knees, to welcome a new year. New beginning, new things, new hopes, new dreams. Some are even remorse to enter the new year without new attire.

But is it a new year, really?

The clock turned (as it always does) and issues persisted (as they always do). To me, it’s the equivalent of drinking one’s problems away. You only get a respite equal to the time you black out. Take the issue of rampant joblessness in our small village. If unemployment has eased up elsewhere, we haven’t seen the results in Jiji Ndogo. And don’t ask Dr Selitol why flour prices are still so high even with the new administration.

As for me, I’m busy booking a young thief who broke into the local clinic and stole what he thought was a cashbox. When he got home and opened the box, he was in for the shock of his life. He had stolen a first aid box. Feeling guilty and thinking people might die because of him, he returned the box the following morning and said he was donating it to a good cause.

As you can see, nothing much has changed in Jiji Ndogo. The thieves are still stupid and our cells are still open. But wait! Who is that I see in the distance? It’s Nyaguthii, our resident gossip mill. I bet I’m about to get a load of all that’s new, after all.