Zari responds to claims she stole her current boyfriend 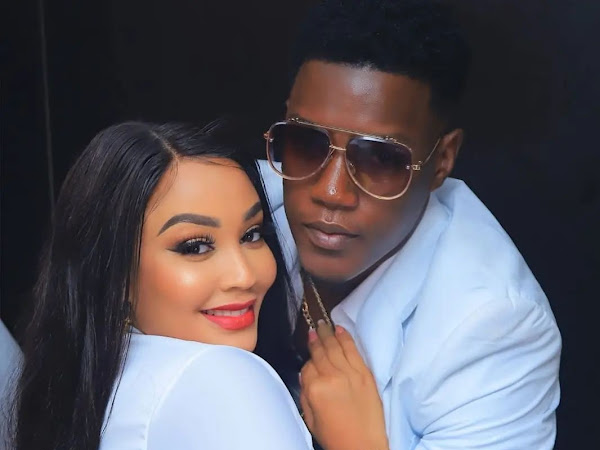 Zari with her boyfriend Shakib

South African socialite Zari Hassan has responded to claims that she snatched her current boyfriend from another woman.

On Saturday,  Zari shared photos with Shakib from her all-white party event that took place in Uganda.

In the comment section, a fan identified as and_back_123 asked Zari to clarify if it was true that she broke her marriage.

"His wife claims you broke 💔 her marriage 💑 is that true?"

Responding to the comment, Zari said that the alleged wife was clout chasing.

A few days ago, a Ugandan, America -based woman identified as Nalule Shamirah Sembatya popularly known as Mimi accused the socialite of snatching her husband, Shakib Lutaaya from her.

Mimi shared marriage documents revealing that she and Shakib tied the knot back in June of 2016.

She said that they never got a divorce which legally still makes her Shakib's wife.

Mimi also went on to reveal that a year after marriage she allegedly processed a US visa in May 2017 for her husband, which gave him a lot of privileges.

The Ugandan now claims that after being lured by Zari, Shakib left their matrimonial home to follow the reality TV star as she is more successful and famous.

Here are other comments from her fans;

estefaniaserrata: Sounds like big hatter 😮 u can’t take someone from someone unless things weren’t right period.

veemureru;  If my husband goes for Zari I will be happy.it shows he has good taste in women.

estasitah41; The wife should ask herself why she was left ......plus @zarithebosslady is a queen n wen she is happy @shakib_cham he is happy too n life is about happiness.

bouquet2444;  Whenever Zari has a big event then someone comes out with a story to trend alongside Zari, it's like a pattern and this is one of them. Where was that wife since April when Zari was seen with him in public for the first time? Why did she wait for 8 good months to send bloggers her marriage certificate? Did she found out last night about her husband and Zari?