It tells the story of Jeffrey Dahmer, a serial killer with a troubled childhood.

• The series takes you through a rollercoaster of emotions; Sadness, Calm, anger, disgust, and most of all anticipation.

• It is not yet known why Dahmer targeted predominantly gay men of colour. 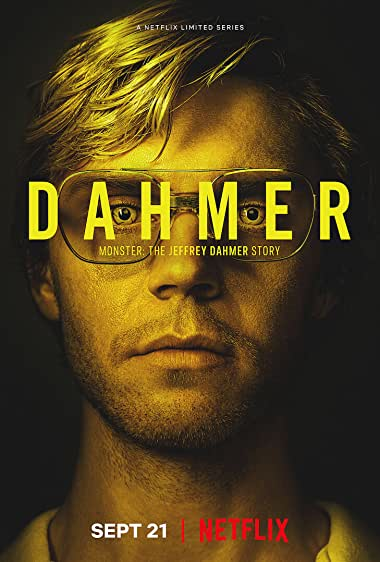 As of Thursday, Netflix’s latest true-crime blockbuster Dahmer- Monster: The Jeffrey Dahmer story series was trending at number 1 in Kenya and got Kenyans sharing their experiences.

It was released on September 21.

The 10-episode series rated PG stars Dahmer as the main character with unhappy childhood who gets involved in a series of murders before he is eventually arrested.

Dahmer, also known as the Milwaukee Cannibal or the Milwaukee Monster, was an American serial killer and sex offender who committed the murder and dismemberment of seventeen men and boys between 1978 and 1991.

After committing his first crime aged 18, he couldn't stop. Dahmer would often take male victims to his apartment in the middle of the city, kill them, then hide their remains in drums or his refrigerator and freezer.

There was also evidence to suggest that Dahmer had been eating some of his victims.

It is not yet known why he targeted predominantly gay men of colour.

The series takes you through a roller-coaster of emotions; sadness, calm, anger, disgust, suspense and anticipation.

The first half of the season is repetitive as it seeks to illustrate how Dahmer's visit to different points in the course of committing his crimes  could have been influenced.

The jury rejected Dahmer’s insanity defense and sentenced him to 15 life terms. He survived one attempt on his life in July 1994, but was killed by another inmate on November 28, 1994.

"I could not believe that a person can do such a thing to a person. I cried almost half of the series, " Joy Kendi told the Star.

"I think this is quite a mind blowing true crime series. I loved the directing, editing and the whole aspect of the film,"Mark Kirui said.

Kennedy Mwangi said he wouldn't recommend anyone to watch the series alone due to horrific nature.

"But the series was worth watching. It also brings out the theme for complaints about racism," he said.

Cats' attachment to humans may be underestimated - study

Findings indicate that cats bond with humans surprisingly in similar way as babies.
Sasa
2 months ago

Some people add pumpkin, spinach or butternut to make them more delicious.
Sasa
2 months ago

A study suggests people will sleep for 8 to 10 minutes per night by 2099.
Health
2 months ago

Six health benefits of broccoli that you didn’t know

It contains beta carotene which the body converts to vitamin A and boosts eyesight.
Sasa
2 months ago

Warning: Use latest version of WhatsApp or be vulnerable to attacks

These vulnerabilities are a matter of concern for those who do not update their WhatsApp frequently.
Sasa
2 months ago
Post a comment
WATCH: The latest videos from the Star
by MARGARET WANJIRU Health & Lifestyle Journalist
Entertainment
29 September 2022 - 19:48
Read The E-Paper