Mixed feelings about our new MP

• He's barely been elected and has already gone missing 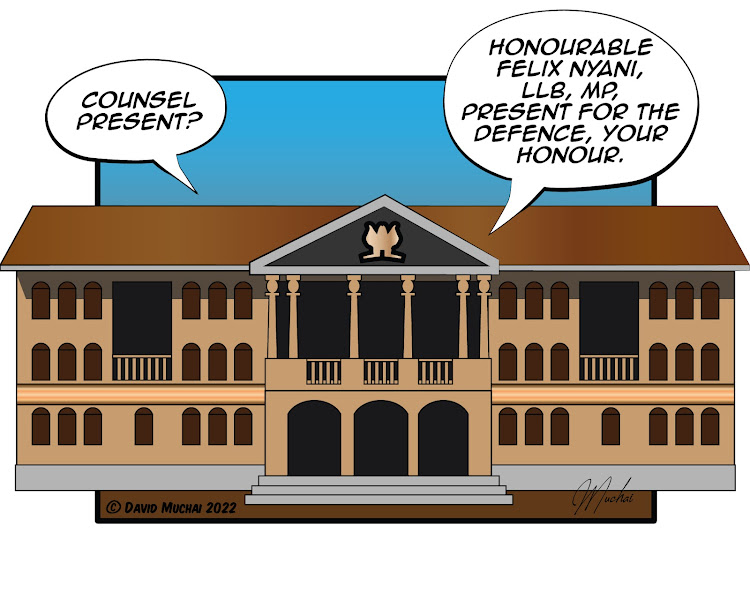 In the last few weeks, Jiji Ndogo has gone through a roller-coaster of emotions. Anxiety, tension, jubilation, bewilderment and, now, head-scratching. To save you from also tearing your hair off, let me recap it for you.

The angst in the run-up to the elections isn’t particular to us. No one is certain what will happen either on the national or local level. Although, in Jiji Ndogo, most important is what will happen to the price of flour once we vote. Period.

We’re pissed that we must go and vote at Jiji Kubwa, our rival older cousin-village. If we are Gor Mahia, Jiji Kubwa is the blasted AFC Leopards. Okay, maybe we’re just Shabana FC, but you get the point.

Jiji Ndogo bursts into ululations after the election body announces that Ponda Mali, our perennial MP with his copious belly stuffed full of our tax money, has been ousted by Felix Nyani, who Ponda describes in his concession speech (if you can call a drunken rave a speech) as a “… sapling still sporting three hairs on his chin and as many on his chest. And have you looked at his face? The boy still has the scars of a recent battle with teenage acne.” We don’t care, Fat Gut. You’re out, and that’s all that matters.

Fat Gut, as you now know, is our moniker for our outgoing M-Pig. He retrieves all the electricity poles meant to bring power and lightning to Jiji Ndogo. I mean, how petty can a loser be, right? Ponda Mali is like the boyfriend who demands from his ex the underwear he gifted her for Valentine’s.

Now with the presidential election in the Supreme Court (which I’ve had to explain to some of my people here in Jiji Ndogo is a court of law, not a large garment worn over a suit), we’re scratching our heads for three reasons.

The first is obvious—same as everyone else in the country, we don’t know what the bleeping heck is going on or what the outcome of the case will be.

The second reason we’re scraping our scalps is that we seem to have a small head lice infestation in Jiji Ndogo, which we must have brought back from Jiji Kubwa. I mean, where else, right?

Then came last Thursday. Felix Nyani is supposed to be sworn in as our MP and everyone is jumping for joy. We all gather at Kula Ulipe hotel, the place with one of the three TV sets in our village. (The other two are at Chifu’s—our senile chief—and Mr Sonko’s—the richest man in our village).

At the last minute, we learn that the swearing-in ceremony isn’t going to happen. Why? Apparently (and this comes as a shock to everyone in Jiji Ndogo), Felix Nyani is a hotshot lawyer and is currently involved in the Supreme Court case.

The debate goes on and on. A few times, Sgt Sophia and I step in to restore peace before folks knock each other’s heads off.

In the end, the impromptu baraza arrives at a unanimous conclusion. Jiji Ndogo is headed to the Supreme Court to challenge Felix Nyani’s election. Filing deadline? What deadline?

Don’t forget the Constitution says voters have the right to recall their MPs.
Siasa
3 weeks ago
What’s the future of Kenya’s democracy?
Post a comment
WATCH: The latest videos from the Star
by David Muchai LLB Writer, Author & Content Creator at XLNC Media Inc
Entertainment
04 September 2022 - 06:00
Read The E-Paper