She is the second black woman to do so, after Whoopi Goldberg.

•She is the second black woman to do so, after Whoopi Goldberg.

•That made her the 17th person to have scored competitive wins in all four of America's main showbusiness awards. 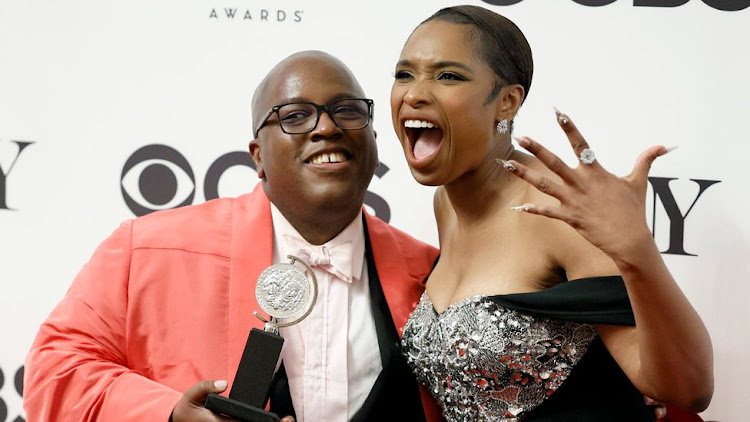 Jennifer Hudson has become the latest star to join the exclusive EGOT club - people who have won the clean sweep of Emmy, Grammy, Oscar and Tony Awards - after picking up a Tony on Sunday.

The actress and singer took one of the Broadway honours as a producer of A Strange Loop, which won best musical.

That made her the 17th person to have scored competitive wins in all four of America's main showbusiness awards.

She is the second black woman to do so, after Whoopi Goldberg.

Hudson, 40, won her Oscar in 2006 for the film Dreamgirls. She has won two Grammys, and picked up a Daytime Emmy last year as an executive producer of the interactive animation Baba Yaga.

Now THAT is how you kick off the #TonyAwards! 👏 We give our round of applause right back to @ArianaDeBose. pic.twitter.com/fybuEJ0agQ

A Strange Loop is about a black queer theatre usher writing a musical. It also won best book of a musical for Michael R Jackson at Sunday's ceremony.

Hudson introduced a performance from the musical by saying: "This brilliant, funny masterpiece exposes the heart and soul of a young artist struggling with his desires, identity and instincts he both loves and hates."

Elsewhere, the night's two most victorious shows both had British winners and strong UK roots. 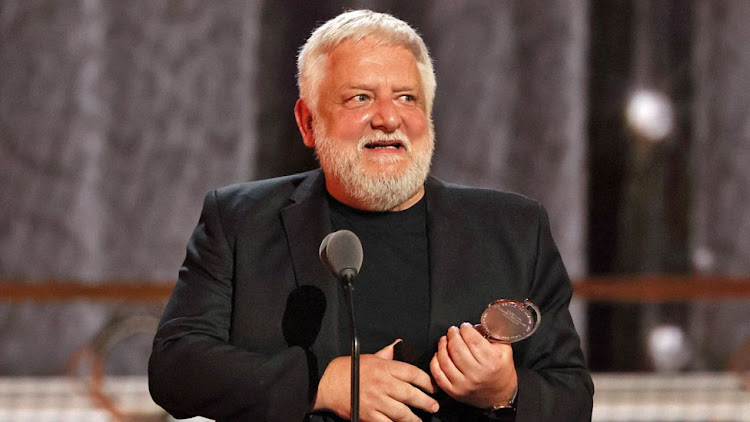 Simon Russell Beale beat Adrian Lester and Adam Godley, his co-stars in the National Theatre's production of The Lehman Trilogy, to the prize for best actor in a play.

The drama, which follows the financial dynasty up to the 2008 crash, won five Tonys in total, including best director of a play for Sam Mendes and best scenic design for Es Devlin.

A Broadway transfer of the gender-swapped West End revival of Stephen Sondheim's Company also won five, including best director of a musical for its British director Marianne Elliott. The win made her the first woman to have three Tonys for directing.

Six, the high-octane stage musical about Henry VIII's wives, which started life on the Edinburgh Fringe in 2017, won two awards including best score for Toby Marlow and Lucy Moss. Marlow made history as the first non-binary Tony winner.

Dame Angela Lansbury was honoured with a lifetime achievement Tony Award, although the 96-year-old stage and screen legend was not present at the New York ceremony to accept it in person.

The event was hosted by actress Ariana DeBose, who won an Oscar earlier this year for her role in the new film version of West Side Story. She praised the diversity of the shows now on Broadway, which is nicknamed The Great White Way.

"I am so proud to be hosting the first Tony Awards since Broadway got its groove back," she said. "I am so proud that theatre is becoming more reflective of the community that adores it.

"And while we have not solved all our problems, I feel like the phrase Great White Way is becoming more of a nickname as opposed to a how-to guide."

DeBose, who opened the show with an homage to classic musicals including Cabaret, The Sound of Music, Hamilton and Rent, won praise for her hosting, with US entertainment website Deadline declaring: "All praise for the unstoppable Ariana DeBose."

Charles Nduka, said patients with the syndrome can make a full recovery if there is early treatment.
Sasa
1 week ago

In Middle East and Muslim nations, same-sex relationships are criminalized.
Sasa
1 week ago

They replicate the need for social conversations without the risk of exposure to close contact.
Business
1 week ago

It is a super simple cocktail that is refreshing and perfect for a chilled weekend with friends.
Sasa
1 week ago

They are like emoji’s and can convey emotions without needing to type words.
Sasa
1 week ago