Jail is no place for a policeman

• You have to make friends when in unlikely quarters, as Makini finds out 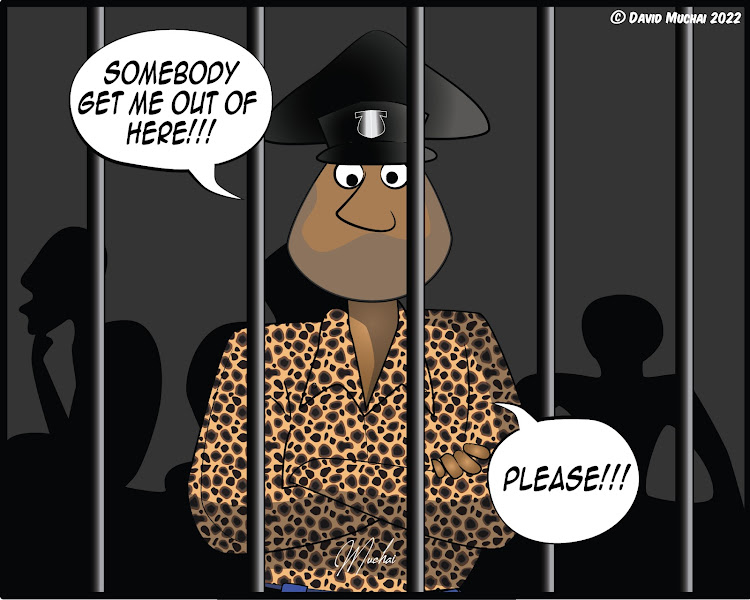 Yes, it’s not looking good for your friendly neighbourhood policeman. The state has offered me free accommodation in a very small apartment — about six by six feet.

You’d think since it’s a state facility, it would be an improvement on my tiny one-room apartment. Not so. My lodgings have no bed, no stool or table, and the only form of entertainment is my fellow roommates. Did I forget to mention that? I have five roommates sharing the space with me.

One of them is a man as large as a KBS bus with a face only a mother can love. “Umewekelewa nini?” he asks me.

The worst mistake I can make is tell him that I’m Sgt Makini of the Kenya Police Force. In here, they tend not to like my kind since, despite any personal stupidity that brought them here, they blame us for their misfortune.

“They say I killed six guys in a bar brawl,” I say.

“I know.” I munch on a matchstick like I see tough cowboys doing in movies. “But I only killed five. The sixth was hit by a bus as he ran away. That wasn’t my fault.”

“One of them spilled my drink, I punched him. His friend came to assist and brushed against my woman. I punched him too, and he fell on the third guy who asked, ‘Ni fala mgani huyo amenisukuma?’ Nobody calls me ‘fala’, so I hit him. He dropped his glass. The barman said I had to pay for the glass, so I smacked him, too. The fifth guy aliniangalia vibaya tu.”

“Na vile unakaa msumari. How are you able to kill a guy with one blow?”

I make a bony fist and hold it up. “Unaona hii? Hii ni weapon. I have a government-issued restraining order never to hit a person using my fist.”

“Barua ya daktari designating my fist as a lethal weapon. You see, I have fused bones in my lower arm. Yaani, mimi ni wa mfupa mmoja. One blow from my fist and you meet your maker.”

He nods emphatically. “Oh, yes! I’ve heard that before. Lakini sijawahi patana na mtu ka wewe. Can I touch it?”

I move my hand away. “You want them to add more charges on you?”

“Touching me is not a crime, but handling an illegal weapon is. What are you in for, anyway?”

“You won’t believe this. Mimi profession yangu ni robbing banks, but imekuwa ngori juu ya cops, alarms, CCTV and the like. Beshte yangu comes to me and tells me he knows a bank with no guards and no alarms.”

“Not even soja wa mlango. So we decide to hit it at night. Sure enough, no alarms go off, no cameras in sight. Kuingia ndani, kumbe the place is not a regular bank.”

“What do you mean it’s not a regular bank?”

Me and my new friend laugh our heads off, but even in our newly formed camaraderie, I can’t tell him I’m in jail because an old man was shot dead in Jiji Ndogo, and forensic reports came back with positive gun test results showing that he was killed using my official police gun.

Until my colleague Sgt Sophia and my boss Inspector Tembo find out how my gun was involved in the crime, I’ll just have to keep lying my butt off.