One-night stand, and nothing more 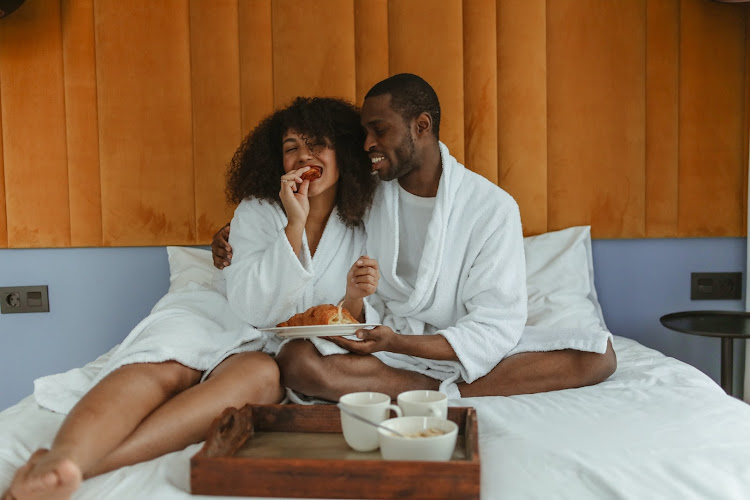 A couple have breakfast in bed
Image: POLINA TANKILEVITCH / PEXELS

Last week, my friend Enoch showed up at my door, his face as red as a London bus. Why, you ask? He’d finally unmasked the stranger he had been sharing a bed with for the last one year. The beautiful stranger he had said “I do” to.

“My ‘professor’ of a wife is a fake,” he said. “She lied to me about everything. The college she alleges to have gone to? No one’s ever heard of her. Not a single soul!”

At first, I wasn’t the most sympathetic friend. And justifiably so. After all, whatever misery Enoch thought he was suffering, was merely msiba wa kujitakia. I mean, who in his right mind believes he can know an entirely separate human being, really know her well enough, to share everything with her? Everything? Life, love, offspring, bank accounts? Not me. A dog or a cat maybe, but not a homo sapiens at the top of the food chain.

As Ayn Rand said, “The difference between animals and humans is that animals change themselves for the environment, but humans change the environment for themselves.” We’re a fake it until you make it society. Me? I say, the difference between us and animals is our innate tendency to lie even for the stupidest of reasons. Wild animals lie to evade predators, or hide food they almost lost their lives acquiring. Kimani won’t bat an eyelid lying he’s your friend so he can get up close and personal with your bae. The same bae who’s most definitely ‘doing’ that guy she says is ‘just a friend’.

Humans lie all the time, but lies, like dead fish, eventually begin to stink and betray their presence. Do you think I give a flying fart that a woman from Gatumbiro, Nyeri, writes on her Tinder profile that she likes to go horseback riding along the beach? Waceke, what beach? Or that a 30-year-old woman has a body count of two, and that’s if you count the childhood friend she played ‘Cha baba na cha mama’ with?

Hell, no! As long she has a banging body, legs that stretch to tomorrow and enough boobs to suckle the entire neighbourhood, and as long as she doesn’t hum the tune to ‘Unchained Melody’ by the Righteous Brothers during sex (you know the one – “Woah, my love, my darling. I’ve hungered for your touch…”), I can stand her for one night.

The next morning, she can go on and edit her bio to say she’s Beyonce’s long-lost cousin, for all I care.

Let the fool who bites and puts a ring on it always wonder why they’re never invited to Jay Z’s album launches.

Hookups and the death of romance in Nairobi

I need a woman but not to marry, says Willy Paul

This contradicted reports that Willy Paul was dating his baby mama, Mali Queen
Sasa
3 years ago
FELGONAH OYUGA: Why do many men want to con women?
Post a comment
WATCH: The latest videos from the Star
by David Muchai LLB Writer, Author & Content Creator at XLNC Media Inc
Entertainment
28 January 2022 - 20:00
Read The E-Paper