‘Spider-Man: No Way Home’ a satisfying end to trilogy

The film is a treat for Spidey fans thanks to surprises, familiar faces

• Villains from other universes converge in Spider-Man's world, but so do alike heroes 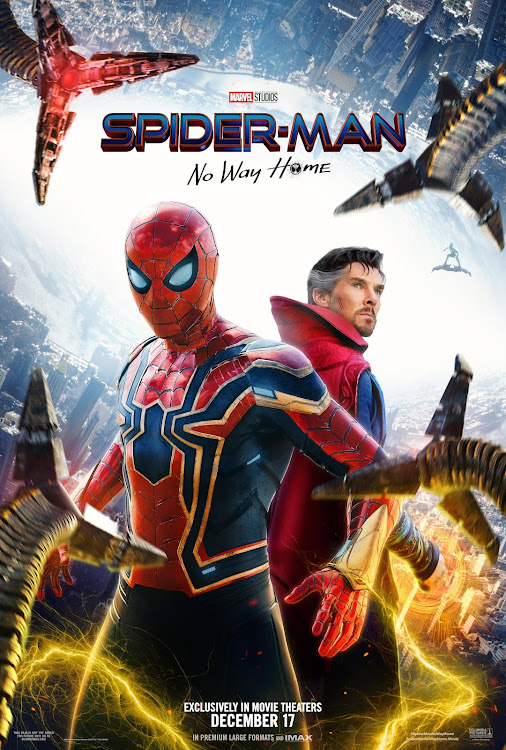 I was determined to be critical of the latest Spider-Man franchise, but colour me surprised! Thanks to my favourite Spider-Man of all time, the film is saved! I have always ferociously maintained that Toby Maguire is the best Spider-Man. Maybe it was the fact that he was the first Spider-Man or that he was after my time, but his portrayal of Peter Parker made us care about the webby Superhero.

Spider-Man: No Way Home follows the events of its predecessor Spider-Man: Far From Home, where Spider-Man’s identity has been revealed to the world. Peter, Aunt May, Ned and MJ are interrogated about Mysterio’s actions by the police, but later the charges are dropped. Peter, MJ and Ned’s application to MIT are rejected because of their association with Spider-Man.

Peter seeks help from Dr Strange, who agrees to cast a spell to undo the events, but Peter tampers with the spell, causing the multiverse to break open and villains from other dimensions to come into their world. Instead of eliminating the villains as he promised Strange, Peter seeks to cure the villains before returning them to their worlds. However, things go wrong when the Green Goblin takes control of the remaining villains and kills Aunt May.

Ned and MJ try to locate Peter using Strange’s ring but somehow end up summoning two Spider-Mans from other dimensions… And just like that, Toby Maguire and Andrew Garfield reprised their roles as Spider-Men.

The film is filled with actions and twists that are a lot to take in. However, it is nicely paced so that viewers have just about enough time to digest each big development. It was interesting to see how the older characters from previous films represented on their return. They didn’t hide behind the fact that Maguire is a middle-aged man now or that Garfield is unlikeable or that Osborn is not likely to make amends with Peter Parker.

The film is definitely a treat for Spidey fans as it is full of surprises and gives us an opportunity to see old faces we never thought we would see on the franchise again. The conclusion of the film rounds up the trilogy nicely, leaving fans curious to see where Marvel will take the character next.