‘Colin in Black and White’ is unlike any other TV biopic 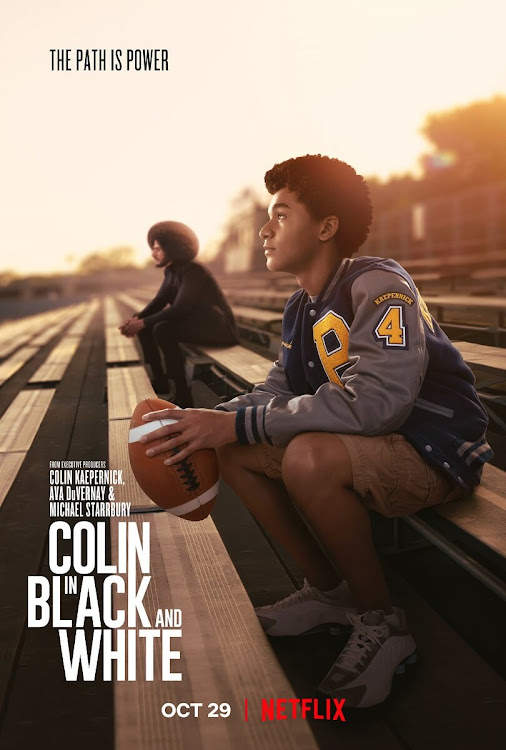 ‘Colin in Black and White’ is a biopic docudrama that is one of its kind. In the six-part miniseries, former NFL quarterback-turned-civil rights activist Colin Kaepernick narrates his childhood growing up in California as a biracial kid adopted by white parents.

Colin talks about his experience and the issues he faced leading him to become the political activist he is now. The style of the series is unique in that it mixes a montage of videos either by re-enactments, real-life historical recordings or dramatisation of past events. Colin himself narrates and directs the flow of the story as he walks through a green-screen museum that plays the different parts of the story.

Dressed in his signature all-black outfit topped with his perfectly maned afro, Colin shares his story by directly engaging the viewers. The series is unlike anything we have seen before. Between his on-screen gaze and the hilarious dramatisation of his childhood, Colin takes us on a wild ride of mixed emotions. The show captures the realistic drama of a documentary and maintains the breezy feel of a 20-minute comedy show.

Colin Kaepernick became famous internationally when he took the knee during the national anthem at an NFL game. Kneeling during the anthem was his way of protesting increased police brutality on black people in America. The series is his way of sharing his journey as a civil rights activist.