• The old City of Benin was razed by the British in 1987. Its royal ceremonial objects are now in western museums 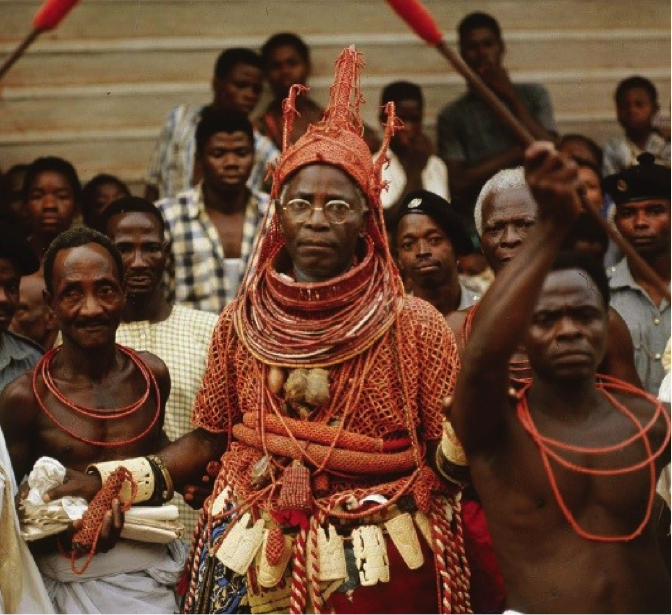 The art and culture of the Yoruba is a universe of its own. Locally mined jasper and agate, some stones naturally formed in rivers, were worn in early costumes in the courts of Benin and Ife, ancient city states, and the fountainheads of present-day Yoruba culture.

About the time Columbus discovered America, the Portuguese brought in coral beads, which have been used in royal costumes up to the present time, as worn by Oba (King) Akenzua II in 1964 (in photo).

Commoners were not allowed to wear royal beads on penalty of death, but they could be awarded royal beads in a ceremony similar to knighthood in Europe. The Queen Mother wore a network of coral beads in a unique beehive hairdo as shown in this lost wax casting from the 14th Century. 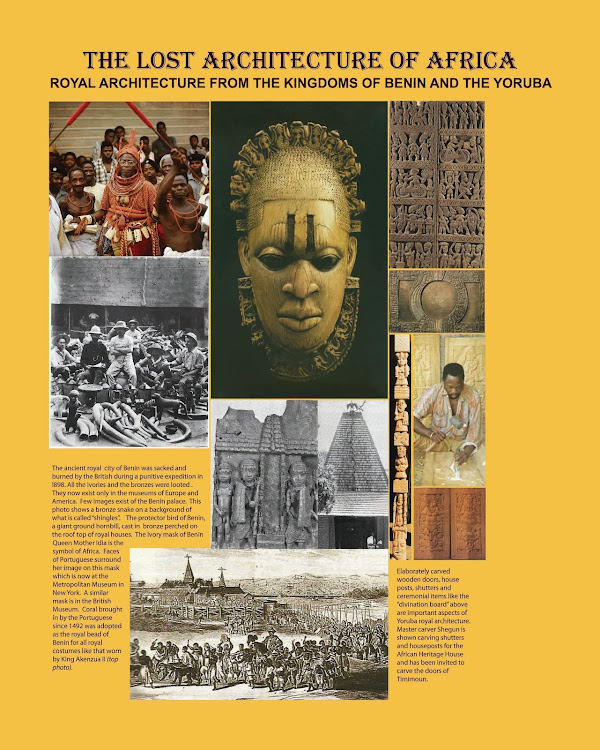 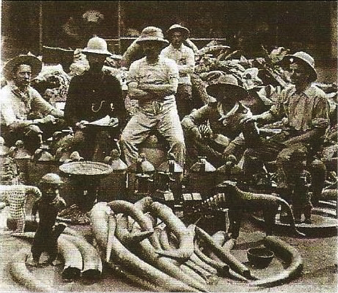 The old City of Benin was razed by the British in 1987, when all the palace treasures were taken away. The king was captured and died in a British jail. Almost all the royal ceremonial objects of cast brass and ivory are now in museums in North America and Europe.

There has been little effort to repatriate the items to Africa largely because of the lack of security in African museums. However, the Germans, as well as the French, have recently indicated they would consider repatriating part of their huge collections to Africa after receiving the news that a world consortium of museums and universities will construct an elaborate museum for such items in Edo State, the original site of old Benin.

Architecture for the new museum will be provided by famous African architect David Adjaye from Ghana, who was born in Tanzania.

From Black Beauty Through the Ages by Alan Donovan