Turning aluminium into jewellery is a lost art of blacksmiths 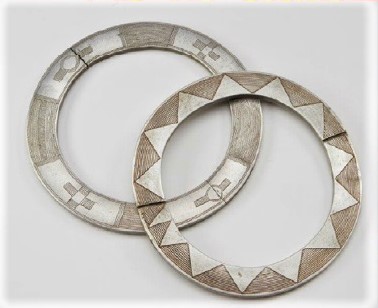 Fabulous incised neckrings with designs on both sides produced by the Kamba of Kenya
Image: JOEL LIPTON

'Aluminum Adorned' is a glorious book published by African Tribal Art Gallery in the Netherlands.

Aluminum has been used for adornment throughout Africa but especially in East Africa, where cooking pots (sufurias) brought in by the British colonials were plentiful in “dukas” (shops) in remote areas.

Turkana blacksmiths and I produced an entire collection for Banana Republic stores in the US, using totally traditional methods.

New cooking pots were traded for old cooking pots in villages throughout Kenya to get enough for the order. The old pots were then flown up to the deserts of Turkana by plane because the roads had washed out.

From the book Black Beauty Through the Ages by Alan Donovan. 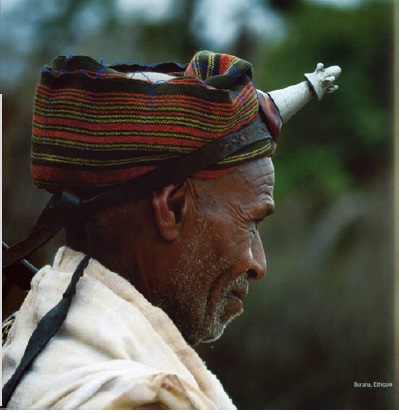 A Borana elder wears a “kalacha” ornament made from an aluminum cooking pot. It signifies that he has at least one circumcised son
Image: COURTESY 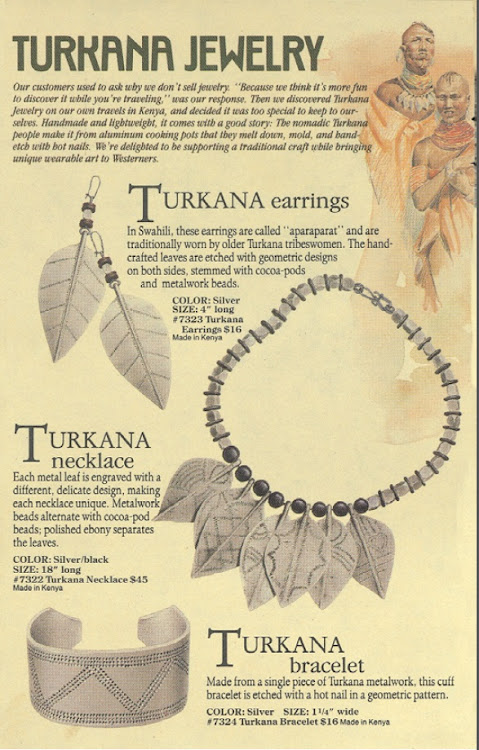 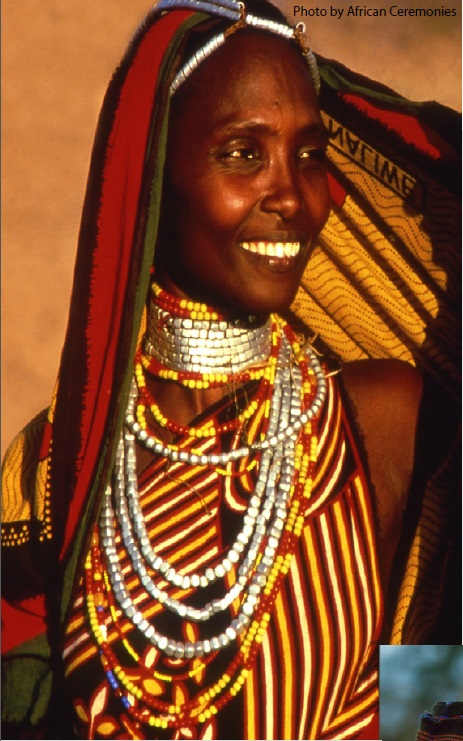