Do politicians care about artistes or just use them? 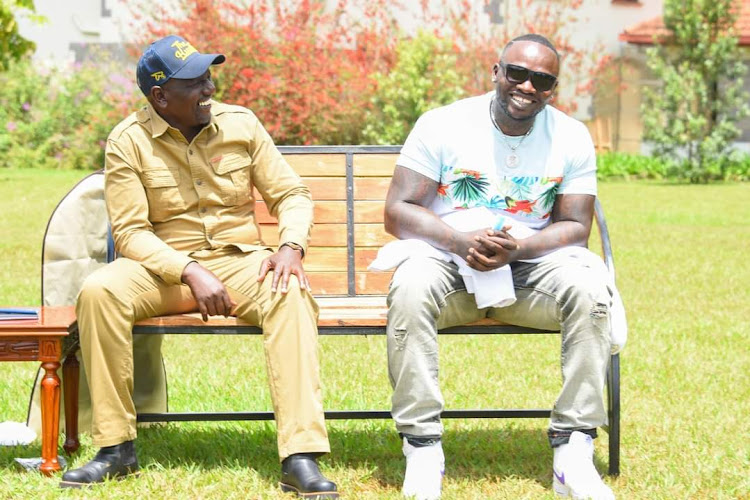 Deputy President William Ruto with rapper Khaligraph Jones at his Karen home when he met up with members of the creative industry to discuss their concerns, receive suggestions and proposals on the situation in the country.
Image: DPPS

Music is used by politicians to influence voters during election campaigns. It's effective as a tool for passing campaign messages and is useful in political campaigns.

While many condemn musicians for what they term misuse by politicians to hype their campaigns, artistes disagree.

Hype man DNG in 2013 was a strong supporter of TNA but currently says he is disappointed with how the current Jubilee government is leading the people. His shift from being a campaigner to a critic speaks volumes.

Speaking to Word Is last week, he said looking back eight years later, he regrets being part of their campaign.

"They have failed Kenyans," DNG said."I criticise them today because I expected them to be better. I know what they promised Kenyans. I was there, in a branded T-shirt, hosting the rallies and roadshows and passionately selling their manifesto."

Khaligraph Jones offered to campaign for free if Ruto helps to unlock the country. He was criticised for that by fellow artistes, including Octopizzo, who referred to him as an 'opportunist'.

He said the government only needs artistes while doing their campaigns, and after they succeed, they don't remember the artistes anymore.

"You should remember us while we are alive, not when we die," he said. 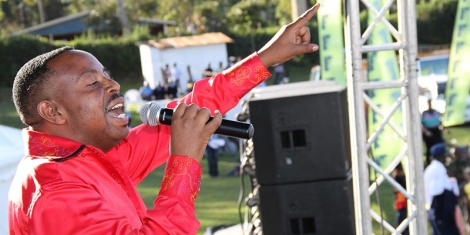 No artiste is used by anyone. We go there for the money. If you campaigned for free, then you can claim you were used, but if it is an agreement that they are supposed to be paid, then nobody is using the other

Gospel singer Ben Githae has been criticised for using his 'Tano Tena' hit to campaign for the current Jubilee government. The 'Tano Tena' catchphrase gained traction as the Jubilee duo wooed Kenyan voters to re-elect them and complete the work they had started in 2013.

Githae composed the song 'Tano Tena', praising UhuRuto. The President and his deputy were able to marshal supporters to cast the ballot twice after the Supreme Court nullified the presidential election results.

They won on the platform of the Big Four agenda: food security, affordable housing, manufacturing and affordable healthcare for all. However, three years down the line, the song is used to criticise Jubilee supporters, who accuse the UhuRuto administration of giving them a raw deal.

Twitter user Kaberia wa Kaberia said, “This song by Githae was a curse for this country."

I am not paid to support Ruto, says Muigai

Speaking to Star Sasa, Ben said he is still surprised by how ignorant Kenyans are to be convinced by a song to support a party.

Githae said for a politician to get a seat, there are many people involved, not just an artiste.

"No artiste is used by anyone. We go there for the money. First of all, voting is a fundamental right and we have a democratic country, so we have two sides. If this politician decided to use an artiste, then the opponent should look for their way to woo people to support him. Voting comes after campaigns."

He added that when people vote and the person they voted in fails to perform, that is nobody's mistake.

"If you campaigned for free, then you can claim you were used, but if it is an agreement that they are supposed to be paid, then nobody is using the other," he said.

"There are things we do out of conviction but most of the times, we go for who we feel we are supporting. We earn from there. If the politician I campaigned for does not work after getting the seat, it is none of my business. I am not the only one who provided services to him, they also have those who print T-Shirts, posters and many others.

"The one who provided for sound should also be blamed since they were part of him. It is the same way if a couple decides to separate and I performed at their wedding, how am I supposed to come in and be blamed?"