Disillusioned by meagre earnings despite 34 years in industry

• He rules airwaves but only manages to get Sh18,000 royalties at the end of the month 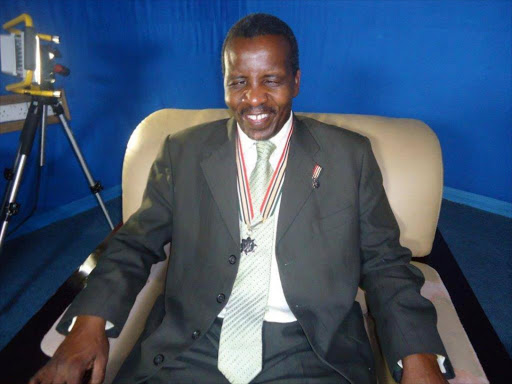 Veteran Gospel musician Reuben Kigame has highlighted his frustrations towards the government and the Music Copyright Society of Kenya.

Addressing his message to Kenyans on Twitter, Kigame said officials in the government and copyright societies should not be allowed to speak at his funeral service.

"I wish to go public about something and I want this marked well: If you one day hear musician Reuben Kigame is dead, do not allow any government representative or those from the so-called copyright societies to speak at my funeral service. What I have been through under them is enough."

Kigame says despite releasing albums since 1987 and his songs played countrywide, he only manages to get Sh18,000 royalties at the end of the month.

"I have been recording music since 1987. Released 29 albums with daily airplay in many stations around Kenya," he said.

"My songs are played on just about every public event, including by police and military bands. Yet at the end of the month, I can only look forward to about Sh18,000 in royalties."

Early this year, the artiste, through a lengthy post on his Facebook, implied that President Uhuru Kenyatta had failed Kenyans and accused the relevant state agencies of failure to advise and regulate the way the state has been borrowing and spending the borrowed funds.