• Titled “Battered”, this episode takes a break from the court battles and instead focuses on domestic violence that hits too close to home for Makena and Silas.

• Kihoro plays Tina, a woman stuck in an abusive marriage to a high-ranking detective, Peter, played by Alusa. 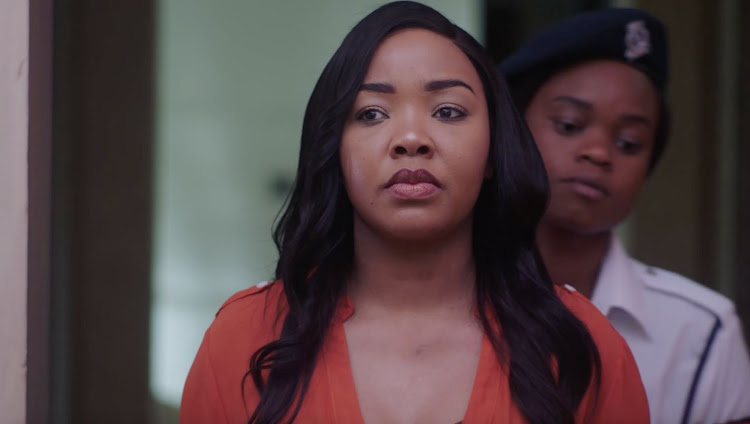 Crime and Justice has tapped Patricia Kihoro, Melvin Alusa, Serah Ndanu and Angie Mwandanda in its fifth and latest episode that is now streaming on Showmax.

Titled “Battered”, this episode takes a break from the court battles and instead focuses on domestic violence that hits too close to home for Makena (Sarah Hassan) and Silas (Alfred Munyua).

The two detectives find themselves entangled in a sticky fix between their boss (Maqbul Mohammed) who is trying to prevent a scandal and bringing their colleague to justice.

Kihoro plays Tina, a woman stuck in an abusive marriage to a high-ranking detective, Peter, played by Alusa. A mother of two who’s never without a bruise on her body, Tina is caught between wanting to protect her young children and staying together as a family.

It’s a topical and tragic episode that examines how complacent society has become to domestic violence. Kihoro says it means a lot to her to be able to tell Tina’s story. “Getting into this role meant shedding a lot of myself and tapping into an experience that I know is real for countless women, not only in Kenya but around the world,” says Kihoro. “That it is commonplace for women to be trapped in such marriages is gut-wrenching.”

Kihoro reveals that on some days, it was difficult to shed off Tina when she went home. “I would see her come through in some of my real relationships off the set. Physically, I chose to stop grooming myself for a while because Tina herself didn’t have time to – my nails were chipped, and my hair wasn’t styled. Mentally, I would sometimes tap into my insecurities so as to strip Tina of any confidence.” 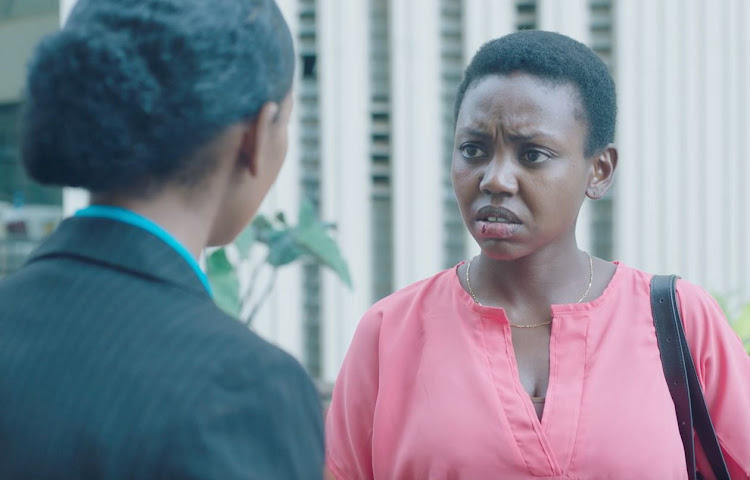 For Alusa who plays Tina’s violent husband Peter, it was difficult to step into a role that required him to expose kids to such violence, being a father himself. “I have a lot of compassion for kids. I believe in keeping adult problems between adults and not exposing children to the trauma that comes with such conflicts.”

He hopes that this episode addresses domestic violence and abuse with the urgency it deserves – that one doesn’t have to wait until it’s too late to walk out of such spaces.

Battered is directed by the multi-award-winning Supa Modo director Likarion Wainaina who says it’s an honour for any director to tackle such a relevant issue. There were moments he felt overwhelmed, he reveals. “There were two moments that caused me to reflect hard. One was a scene with Tina’s (Kihoro) and Peter’s (Alusa) kids – to see them respond to such violence even on set, and with them knowing it’s just a performance, you can’t help and reflect on how domestic violence affects kids,” Likarion says.

“The second moment is seeing how Makena pleads for assistance from her boss Kebo (Maqbul) and Silas (Munyua) but the two are bound by the law and therefore, can’t step in to help. That hit me hard. Like what are those moments in my life when I gave valid excuses to not address such an issue? And which moments needed me to step up and I just didn’t?”

“Battered” also stars Serah Ndanu, Angie Mwandanda, Neville Misati and Chris Kamau who are caught up in a jewellery heist case that sees Makena and Silas step away from their usual murder investigation.