Parable of the child as the motherland parent

• Poetic look at some of the problems bedeviling the Coast 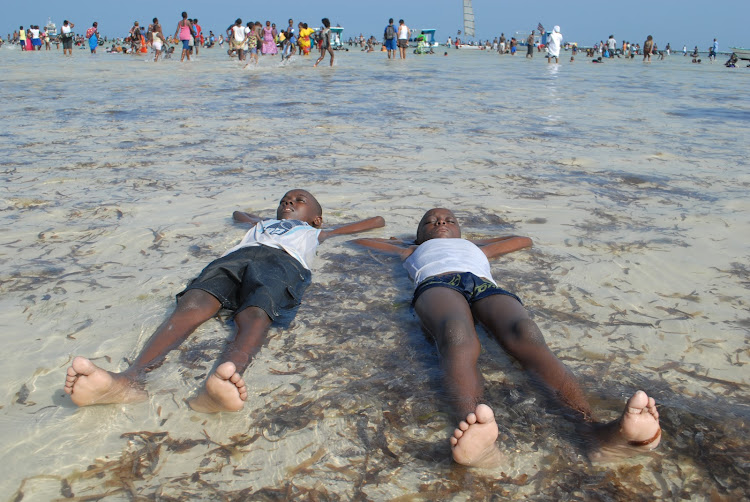 Thoughts fade away in silence, like the chimes of a church bell at the heart of the city. Like a drizzle whose brittle diamond droplets swept afar are, by a sunset breeze, thoughts of four children at the vacation coast of Kenya remind me of you, Wanjiku, this Jamhuri week.

We carry our childhood within, frescoes to the dawn of our being. We hold to the day we played out last. Little did we know it would be the day we last played.

The twilight is alive with repetitions, yet each a scene is from the massive canvas of age. The haunting memories of four children of Kenya bracket the thoughts of your departure into a void of very serious frowns, furrowing the firmament of my forehead, now a field of a crop of question marks.

With your sickle of absence whose shape is that of these crops, harvest them, departed wife, that you may make meanings, the balm of my quest, for you, Wanjiku of Jamhuri ya Kenya, and me.

You are the first child whose yolk is suspended in the shell of my chicken totem. You are the eyes of the girl who sells sea shells at the shores of Shela Beach, haunting tourists with paediatric sexualities long after their return to their icy native lands.

There is a delicate footprint of a child on each sand grain scattered along the Kenyan Coast. The white sands of dazzling Diani carry it as do the saccharine sands of whispering Watamu. I think of the child, whose navel was sown down next to a coconut seed by hands as old as magic, woven into the being of a female elderly.

The day the child was born, it did not choose Kenya. Kenya chose this child to be a phantom of its necessary tourism sector. Think of this child that now denies its dreadlocked head a shave, in silent protest to the turns of Fate.

Its name is as Mijikenda as the vanishing baobabs of Kwale county, yet its daydreams by the Indian Ocean are born out of alien tongues from Venice of gondolas to Frankfurt, where sausages of all shapes make bellies similar to ritual pots.

There is a child whose footprints invisible are on each coin in your Treasury, Kenyans. One who attends schools at the oceanic edges of Kenya, helping foreigners to know this motherland, day and night, in the name of beach boyhoods.

Some service partners twice their age or sizes, who arrive in Harriers from houses of profit in Nairobi to treat poverty at the Coast with fractions of economic prosperity. It is this arrested boyhood, swivelling with coconut gin, in the tender eyes of one such child, whose footprint by the old ocean, accompanies mine at sunset walks, that I asked about you, Wanjiku.

He knows many women, he has known many more, yet you he doesn't, even as I flash your face on my smartphone screen, his own face now a fresco of his marijuana masculinity.

There is a child in each acrobat, the one who sits on the throne of limbs, commanding each to do what an adult never can. Even in the old acrobat without one eye, who at 90 does cartwheel with farts, drawing wild cheers in the makuti clubs of Muslim Mombasa, chuani notes being the ultimate rewards, at the mercy is his soul, to the child lord of motion.

Five acrobats bend their spines made weak by the Kenyan economy, form now the five letters of this motherland, to the wild applause of drunken Europe, and two tourists from Peking, hunting for pekejeng, their bags nestling rhinohornviagra vials.

In their midst blasts the rhumba poetry from Congo, violating the seaside sunset with vibrations that uproot private hairs, organs left bald, then shrink into the size of a child. Think of children peddling peanuts for peanuts to pimps in white gowns each Ijumaa here.

Urchins who roam the languorous lanes of mwambao know each beach club by name, and names of those who filter through these tropical nights made nude by heat waves from ancient Asia.

Have I not befriended a hundred of them at the promise of a handsome reward, if only they can point out you, Wanjiku, for me to know you by face? The sound of Zuchu competes with cadences of the Muezzin out of a mosque without a minaret. A buibui swivels by, the wind revealing a Swahili thigh and jeans miniskirt, the tattoo I read not fast but read almost like Wa...

Each Jamhuri, we count the age of the republic, now 59. The childhood we lost ourselves growing up, we carry yet as memories we still have. The art of our playfields, moulded out of heat, sun and dust, remains like a fresco in the hall of our hearts. Those who visit our minds, as people of places near and far, return to their homelands full of the wisdom of life.

We are each other, the beach and the outback, like two lovers whose separation maps the road to decay for either. Where I come from to the West of Kenya, they call my wanderlust blood 'the road to knowledge'.

When blood infects blood with HIV, people united are into a community of ARVs. They could be those who travel by V8s or those who move by Footsubishi; the blood is one that binds them each to each, like the blood on our flag that binds us all to our motherland.

So here we are, people of the land, seeking profits in the days of our time to spend pieces of it at the seashore, scoring the horizons for that which is unknown. I am the footprints of the sand beaches from Pate to Vanga, millions each year that seek the meaning of happiness. You are where no Kenyan child or adult knows, our hero of the nation, Wanjiku. Ours is a mission to find you each 12th of December. Amen.