He was a voice of the streets and the public subcultures

• His works are seldom studied in schools and departments of literature 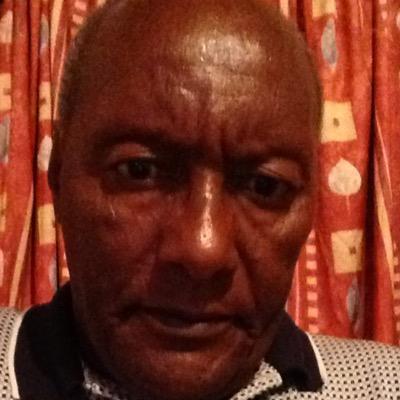 There are many approaches one can use for the study of Kenyan novelists and their prose. Most have been made popular by scholars of literature domiciled in departments of the universities that teach literary studies.

One such approach was conjured by a former head of the National Book Development Council of Kenya, the late Prof Chris Wanjala. A pioneer PhD in literature, for many years since the late 1970s, he taught literature at both the University of Nairobi and at Egerton University.

While at the helm of the NBDCK, the erudite professor contributed to the popularisation of reading as a social habit and championed various activities to help Kenyan youth and children embrace a reading culture. He used PEN Kenya, a chapter of the oldest writers’ association in the world, as a platform for this noble cause of literary literacy.

Through popular events, across schools, he helped the council and association to promote written literature produced by local authors and those from beyond. Brilliantly, he understood that varsity literary departments could not single-handedly be the agents for the growth and cultivation of a print culture in our country.

Moreover, to buttress his literacy efforts, he ran a books radio talk on the English service of KBC radio, titled ‘The Literary Giant’. With my Kenyatta University colleague, Anthony Wasena, I recall helping him co-host it a decade and a half ago.

As his mentees, he would always inform us of the role literary critics ought to play as allies of good writers. Working at his feet, I noted that away from his popular literary initiatives above, as one of the pioneer literary scholars of the country, his approach to the study of Kenyan writers pursued a Marxist typology of literature that classified writers into two groups.

The first group, which he considered important, was made up of writers whose works could qualify as set books for school curricular such as Ngugi, Imbuga, Jared Angira and Marjorie Oludhe-Macgoye. These authors were part of the canon of high literature in Kenya.

He also talked of a second group of writers who he classified as authors of popular literature. This cluster for him was made of writers whose great works could not be selected as set books for Kenyan secondary schools. Think here of books and authors such as My Life in Crime (1984) by John Kiriamiti, After 4.30 (1974) by David Maillu or Son of a Woman (1971) by Charles Mangua.

These writers burst into the literary limelight of the country in the 1980s especially, and sold thousands of copies of their cardinal works cited above. Their popularity in many a Kenyan family rose out of their thrilling, seedy and action-packed prose.

These popular purveyors of the literary aesthetics of international best-selling writer James Hadley Chase of England ironically wrote works that could not be subjected to classroom scholarship partly because of the moral dimension of their plots and thematic concerns.

University dons treated their novels as pulp for the masses, whose literary appetites sought excitement rather that erudition in literary arts.

The Wanjala high-low literary typology arose in the late 1970s in his two pioneer works of literary criticism. The first one was a discussion of writers using the high-low dichotomy and is titled Season of Harvest: Some Notes on East African Literature, published in 1978.

The second one came out two years later and is titled, For Home and Freedom: Alienation in East African Literature. Both were published by the Kenya Literature Bureau. The publisher is a central voice in the production of canonical literatures for decades.

Besides many other forces and dynamics, the typology of dividing Kenyan literature in terms of high art and low art, or canonical authors such as Ngugi versus popular writers such as Charles Mangua, had a long-term effect in terms of reader reception. Many writers of the so-called popular literature were relegated to the penumbra of literary scholarship in schools and universities for many years.

For example, a writer such as David Maillu, who is perhaps our most prolific author with more than 30 titles in English to his name, remains a literary outsider in schools and departments of literature. His works are seldom studied.

The same plight befell a writer we lost two weeks ago. Charles Mangua died on March 20. Few noticed his demise as focus was ironically fixed on the simultaneous demise of the populist Tanzanian leader, John Pombe Magufuli.

Born in Nyeri, Mangua died at age 82 and was laid to rest at the Lang’ata cemetery. This is a befitting popular site of eternal rest for an author whose literary output bore the banner of popular aesthetics and thrilled the masses in the 80s and 90s.

Mangua wrote captivating novels that told the realities of millions of city dwellers in black and white. He eventually bagged the country’s highest scribe award, the Jomo Kenyatta Prize of Literature, for his novel A Tail in the Mouth.

A city voice of the streets and the public subcultures, Mangua’s recent interment at Lang’ata, to me, was a celebration of his lifework, a disavowal of his marginality in Kenyan literature, and a call for the deconstruction of literary typologies that have lost their sheen in light of our complex urban lives.