The law on voter bribery

It gathers dust in elections as authorities turn a blind eye 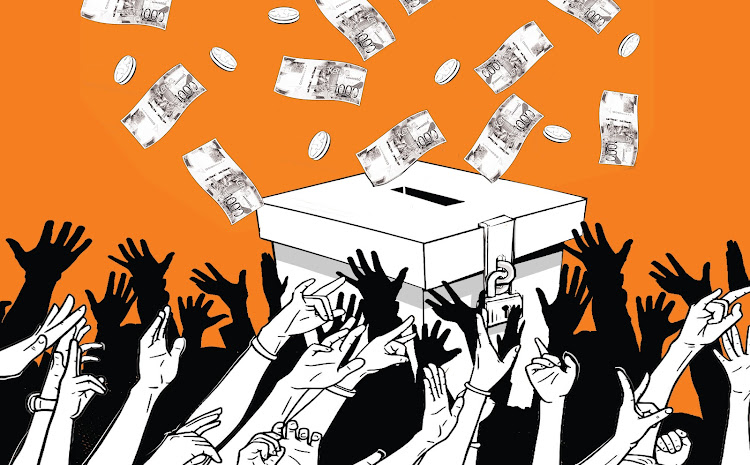 Earlier this month, I was in the village. It is said that Nairobi is a fast-moving city, which everyone needs a break from. Over this break, I got to see how the politicians there were conducting campaigns.

On the day I arrived, there was a huge number of people camped outside someone’s homestead. The household had lost one of its family members and was planning for a funeral. But the people were not gathered to assist with this. They were there because they caught wind that a candidate for the MP seat was coming by to make his contribution and to dish out money to voters afterwards. They camped there till midnight, when their hopes dimmed.

The next week, the deceased was buried. The MP candidate came for the funeral. I have never understood why we allow politicians to speak at funerals. They just cause chaos and digress from the programme. But since that is what is cultural, he got a chance to speak. After he spoke, he walked out and was followed by a huge crowd of people. They went to a nearby field, where he held a short rally.

He spoke a bit of what he intended to do if elected. Build roads, increase accessibility of bursaries. Then he said, “We are now heading to the segment you all love.” The crowd cheered. “Maize flour is Sh200. So, if I decide to give each of you Sh200, is there a problem?” “NOO!” they responded in unison. Then they lined up to receive the money. I found it shocking that this candidate had the audacity not only to give bribes in broad daylight but to broadcast the same.

That notwithstanding, voter bribery is not new in Kenya. Recently, a shortage of Sh200 notes was reported as they were being dished out to bribe voters. While those claims were dismissed by the Central Bank, it doesn’t change the fact that the bribery does happen. So, what does the law say on this?

Further, the IEBC code of conduct allows the commission to charge a fine against a political party or candidate who engages in malpractice. It may also take measures such as prohibiting the candidate or party from entering an electoral region, putting up posters, placards or billboards, or even holding public meetings. Failure to comply with such orders or to pay a fine may lead to a candidate or party being disqualified from the present or future elections. While failure to comply with other sanctions may lead to the party being disqualified from future elections.

With all these policy measures, there is very little execution. Kenya is a very wonderful country on paper. As citizens, we have a responsibility to shun such candidates. When elected, their first agenda will be to recover the money they ‘invested’ in their campaign. Development will not be a priority for them. We get leaders who are as good as we are, so perhaps we should begin shunning the handouts as well.

The group says lack of oversight on campaign spending will encourage voter bribery.
News
1 month ago
Can we hang the corrupt as Wajackoyah proposed?
by Neil Samuel @neilsamuel271
Sasa
06 August 2022 - 04:00