Can we hang the corrupt as Wajackoyah proposed?

The death penalty is very much alive, only that it is no longer mandatory 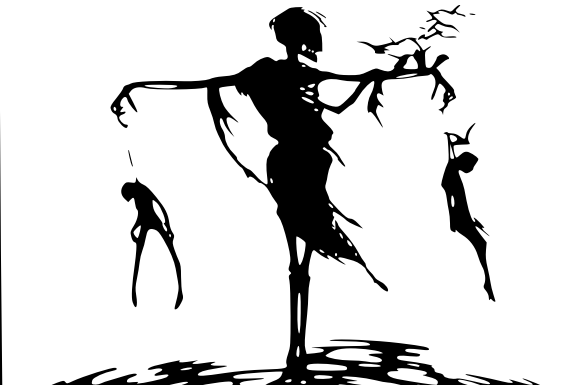 One of the controversial issues debated was the proposal by the Roots Party to hang anyone involved in the embezzlement of public funds.

"How do you intend to go about the proposal to hang the corrupt yet the death sentence was outlawed in Kenya?" the moderators asked Wamae, who did not have the correct position on the matter.

With the recent conviction of three persons who were charged with murder in the Willie Kimani case, there have been some calls to have them sentenced to death by hanging.

There's a perception that the death sentence is illegal in Kenya, which is a lie. The perception stems from misreporting by some media outlets as well as the fact that the last execution in Kenya happened in 1987.

Kenya: A country full of incompetence and corruption

In light of that, the courts have leaned towards reformation of convicts, which perhaps influences their decisions to sentence convicts to life imprisonment instead of granting a death sentence.

As for the misreporting, there exists a famous case known as The Muruatetu case. At the centre of it is one Stephen Muruatetu who, alongside another accused person, was convicted of murder. He appealed the decision and the matter landed at the Supreme Court.

The Supreme Court thus held the view that the mandatory death sentence was unconstitutional in the sense that it directed judicial officers on how to adjudicate on matters and not because it deprived one of life. In fact, Article 26(3) of the Constitution of Kenya (2010) states that no one shall be deprived of life except as allowed for in the Constitution or any other written law. Which means the law recognises that there are circumstances where one can be deprived of life in accordance with written law. One such instance is where they are convicted of murder and sentenced to death.

Due to ignorance in the Kenyan society, many have misrepresented this position and think that the death sentence is now outlawed. Given that most citizens rely on the media for information, they believe whatever is reported as the truth.

Perhaps it's time members of the public look into judicial decisions. The death penalty is very much alive in Kenya, it is the mandatory death sentence that was found unconstitutional. The courts have the power to sentence one to death by hanging, the prescribed mode of execution prescribed in the criminal procedure code.

"When I went to Bondo, I praised Raila and I will still praise him right now."
News
6 days ago
Legalise corruption to end it

It goes beyond physical abuse to tackle psychological and mental abuse
Sasa
1 week ago
by Neil Samuel @neilsamuel271
Sasa
05 August 2022 - 04:00