Manyara urges varsity students to prioritise issues with positive impact in their lives. 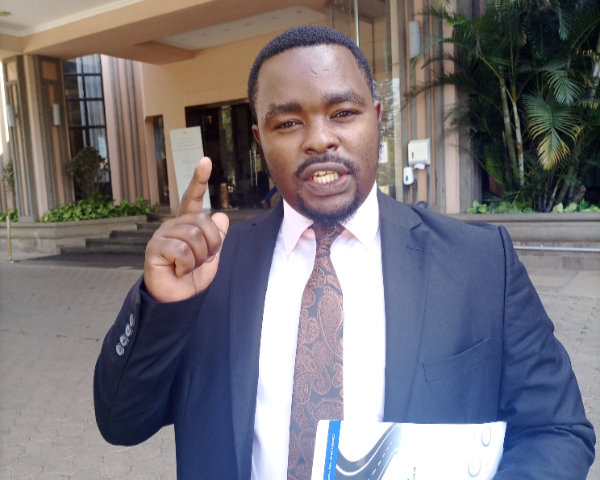 Anthony Manyara has said he prioritised the needs of students during his early days at the University Of Nairobi.

But the interest did not end there. He proceeded to add another degree to continue with his service. “I went back to school and I am now pursuing a degree in law, still at the University of Nairobi.”

His first degree is in Architecture, which he completed in the year 2019.

Manyara, while serving as the University of Nairobi Students Association chairperson, saw the need to have an umbrella body to address issues affecting university student leaders.

It is this need that saw him together with other representatives come up with Kenya Universities Students Organisation.

Kuso has been in existence since 2019 and has seen student leaders address their issues holistically.

“It is a platform that allows students from all universities in the country to speak in one voice,” he said.

Manyara has served as the Kuso chairperson for four terms and is vying to be the chairperson, again, for the fifth time.

Asked why he keeps vying to be chairperson, Manyara said its students who willingly choose to vote for him.

“I would like comrades to vote for me for the fifth and last time and I promise them that this time it is going to be different,” he said.

The organisation faced leadership wrangles during the first days, leading to the mushrooming of several other outfits.

However, Manyara maintains that the nationally recognised students’ body is Kuso which he leads. “I am used to the wrangles and I understand because it is not easy to have a representation of all those institutions.”

The student leader has urged other university students to always prioritise matters that will have a positive impact in their lives.

A businessman and politician, he said he used most of his opportunities to create networks that have help him to date.

“Networks are very important and most of what I created in campus is of great help to me right now,” Manyara said.

The Kuso chairperson was unanimously appointed UoN president in the academic year of 2018-19.

This is after he went unopposed because all his competitors were disqualified over discipline and academic reasons.

“There was a lot of talk in school that I might have been a project but I was not. The administration just did their due diligence,” he said.

“As a leader you need to be all round, you cant be a leader when your grades are not promising,” he said.

Say the unions are being used for political gain instead of representing university students.
News
5 months ago

They destroyed a vehicle and some stalls adjacent to the institution.
Counties
2 weeks ago

David Mwangi is sad parties asked youth to step down for ‘aged’ rivals
News
1 week ago
“WATCH: The latest videos from the Star”
by LAURA SHATUMA
Sasa
17 June 2022 - 22:00