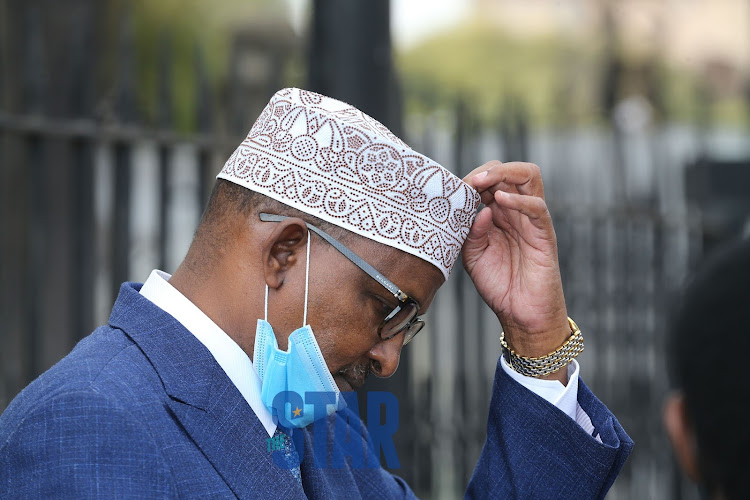 When I confronted her about it she confessed to being obsessed with watching explicit content. She blamed her boyfriend for sending the videos but I could not have her in my house any longer.

The conflict between individual rights, creativity in the entertainment industry and social morals has once again emerged as the government cracks down on artistic performances. Meanwhile, Parliament is preparing to discuss a proposed law against pornography.

The proposed law – if approved by Parliament and the President – will criminaliSe the possession and publishing of pornographic material through any computer system or data storage device. Mobile phones and social media would fall under that definition.

Anyone found in possession of pornographic material or sharing it over the internet would face a fine of up to Sh20 million, a prison sentence of up to 20 years or both fine and imprisonment.

The Bill proposed by Garissa Township MP Aden Duale would force the government to block all pornographic websites. Some of the big websites with pornographic content already have producers and actors in Kenya.

Support for the anti-pornography Bill seems to be running high. A quick poll on the Star's website found that 71 per cent of the over 1,400 respondents support Duale’s Bill. This could be from the widespread belief that pornography is becoming too easy to access. Anyone with a smartphone and data connection can access pornographic websites from anywhere in Kenya.

Jerusha Mutuku, a mother to a teenage girl in Nairobi, had to fire her house help for fear she would expose her daughter to pornography. Jerusha suspected something was amiss because the house help was spending too much time in bed instead of working.

She eventually discovered the house help was watching pornographic videos. "When I confronted her about it she confessed to being obsessed with watching explicit content,” Jerusha recalls. “She blamed her boyfriend for sending the videos but I could not have her in my house any longer."

Easy access to free internet at the workplace is drawing a lot of people into pornography. Pamela Akinyi, who works as a receptionist in Nairobi, regularly watches sexually explicit video clips at her work station when she’s not busy. Pamela was introduced to the videos by the security guards in the building where she works. 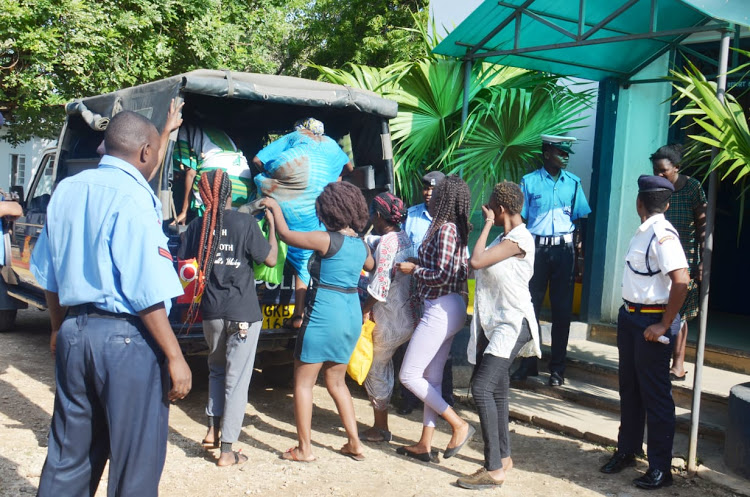 Some of the suspects arrested last week for shooting pornography
Image: ANDREW KASUKU

Pornographic content is so prevalent that it is not unusual to find it posted by accident in forums not meant for such content.

“The security guards here have the company Wi-Fi password. They download the videos and watch them throughout the day, especially on weekends when offices are closed,” she explains.

Pornographic content is so prevalent that it is not unusual to find it posted by accident in forums not meant for such content. In WhatsApp groups formed to plan events such as weddings and funerals, it is not unusual for one of the participants to accidentally post sexually explicit video clips, then have to apologise afterwards for the mistake.

Explicit content is also making its way into the flirting arena. Some people send explicit content to potential romantic partners they recently met, perhaps trying to find out if the other person is willing to get into a relationship. Cases have been reported of men sending nude pictures of themselves to the women they desire. It's a risky move when the recipient did not ask for the photos because she might report the sender to the police.

As Duale's draft makes its way through Parliament, the government is already using existing laws to crack down on what it views as an uncontrolled entertainment industry. Eric Omondi, the television comedian, discovered this when he was arrested for a video performance he posted on YouTube. According to the Kenya Films Classification Board, Omondi's crime was not submitting his content for approval as currently required by law.

KFCB’s chief executive Ezekiel Mutua has expressed support for the anti-pornography Bill. “I support the Duale Bill seeking to curb pornography in Kenya. Posting nudes online or sharing pornographic images in public violates moral decency. The spirit of the Bill is to promote responsible use of the internet and to protect children from exposure to harmful content!” he said.

Meanwhile, there have been reports of people who wormed their way into somebody's life (usually a prominent personality), took nude photos of the person and later demanded money not to publish the photos online.

The perpetrators of this type of blackmail believe the prominent personalities would pay lots of money to keep the photos hidden. With the proposed law, possession of such photos would be a crime regardless of how they were obtained.

The effects of pornography are well known, especially on young people. According to the Australian Institute of Family Studies, adolescents who view explicit content are very likely to engage in early sex.

Pornography can shape sexual practices, with studies finding that young people may try performing the acts commonly seen in the videos. Pornography is associated with unsafe sexual health practices such as not using condoms.

Kenya already has laws against pornography, that’s why comedian Eric Omondi is in trouble. It is not the first time film producers have been charged in court for producing pornography. In 2013, a foreign movie producer and 11 local women were caught in Mombasa filming an adult movie. The arrest was done eight years ago implying that enforcement of laws against pornography is patchy at best.

With a quick search on the internet, one can find lots of explicit videos made by Kenyans in Kenya. Some of the actors are on social media where they are busy looking for customers to pay for exclusive content.

So stiff is the competition that actors in that genre are having to do increasingly lurid things just to stay ahead in the business. The most notorious case is of a Kenyan woman who posted a video of herself in dalliance with a fish.

KFCB boss says comedian wants an out of court settlement.
Sasa
4 weeks ago