Mary Kizito built her own paradise of shared meanings 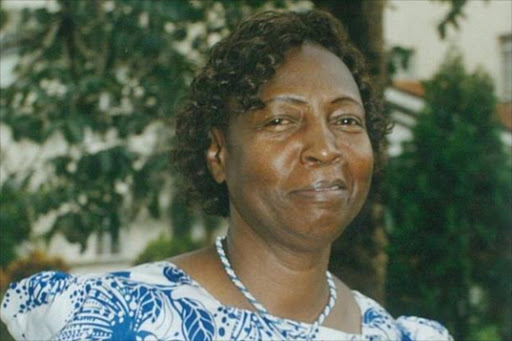 Having headed Daystar University’s communication department since the late 1980s, students and practitioners of journalism and mass communication in Africa had in many ways come to regard Mary Kizito as an institution in the field. News of her death on March 21, 2015, therefore, came as a shock to many beyond the university.

My first interaction with her was when, in August 1999, I joined her department as a student. She pointed out that her unit ran a student newspaper — Involvement — and that she expected each one of us to get busy on it, differences in specialisation notwithstanding. Involvement provided an opportunity for many of us to learn the basics of journalism, with her often using her position as faculty adviser to wisely guide our interaction with the paper’s proprietor, the university’s Vice-Chancellor.

She not only encouraged us to expand our coverage beyond campus affairs, but also closely work with the media house that was printing our newspaper to ensure that the 1,500 copies we produced each fortnight were out on time, and top-notch. Pre-press dummies from her were filled with helpful suggestions, and glowing praise when copy was clean, and headlines tight.

Her second influence on many of us lay in her attempts at bridging our academic experiences with the industry, often by linking outstanding students with various media houses or inviting senior journalists and editors to address us on various topical issues.

On one such occasion at Paradise Lost in Kiambu County, she had the late Wahome Mutahi share with us not just his mastery of humour writing, but also experiences as an endangered crusader for freedom of the press and expression during the Nyayo era. Her choice of Mutahi and others like him ran counter to the safe candidates others would have expected, as there had been occasions when some of us felt Daystar would be only too happy not to rock the national boat.

Her third influence on us also came to the fore at the Kiambu retreat. Before Mutahi stood to address us, she engaged us in a random current affairs and history test. “It’s better to serve in heaven, than to reign in hell,” she said, seeking to know the line’s source. As we all looked at her askance, Mutahi said the answer had something to do with our venue at the time. “John Milton in his Paradise Lost,” replied our foreign affairs writer, Brian Adeba.

To the very end, Adeba (now practising in Canada) and one Wanja Njuguna (previously with the Nation, but now teaching in Namibia) remained on Kizito’s mind, for her continually affirming that a credible journalist must be informed, and be able to discern connections between people, issues and events.

Trained in the American tradition at Wisconsin and having worked at the Voice of America, she was alive to biases in international journalism and how the African story was particularly disadvantaged. Thus, she was wont to start her classes with random queries on the day’s headlines, and would particularly seek to know if we understood what was unfolding across Africa.

Her fourth influence lay in academics. When not researching or consulting on media in the East African context, Kizito would either be teaching us about communication systems in Africa at the undergraduate level, or global communication at the post-graduate level.

From the tributes online that have followed her demise, there seems to be consensus that in her students found a scholar who believed that learning was a shared endeavour, and that the successful integration of faith and learning was central in shaping Africa’s future. Thus, when another Kenyan university launched its graduate programme in communication studies, she disappointedly told me the Commission for Higher Education had effectively re-endorsed Daystar’s programme, less the faith component.

Her fifth, but in no way the least influence, lay in her final days. Cancer was killing her, and she knew it. She needed money on more than one occasion, but this would not distract her from seeing the people — many her former students — seeking to stand alongside her.

Two of my siblings and I had studied at Daystar. Whenever she called, she would want to know how they were doing, before talking about her own condition. Always laughing, she would say she was still keeping tabs on current affairs.

In death, as in life, she was putting audiences first, and seeking to break the many barriers that hamper our understanding of each other. Perhaps Daystar’s School of Communication, Language and Performing Arts can now be renamed in her honour. Rest in peace, Mwalimu.