State urged to protect women aspirants ahead of polls 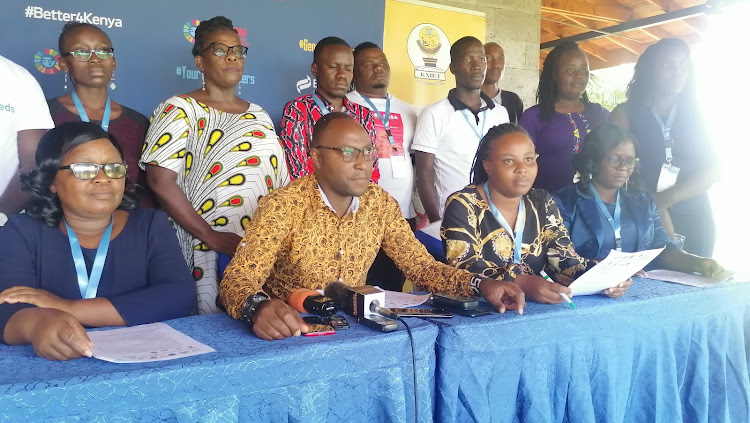 Women rights defenders have urged the government to scale up prevention and response to electoral-related Gender-Based Violence ahead of the August 9 polls.

The defenders said reports of cases of GVB and inflammatory political remarks are on the rise.

The defenders from more than 13 organisations said this situation puts women and girls at risk of GBV cases associated with the elections.

"We are concerned over rising cases of sexual harassment targeting women who are vying for various positions. These trends lock women out and contravene the desire for gender equality,” Samuel Nkitoria, programmes officer at Hope Beyond Foundation said.

Syriana  Mwandacha, programmes officer at Sauti ya Wanawake Pwani, said they want the government to honour the 12 bold commitments it made during the Generation Equality Forum in June 2021.

Mwandacha said commitments were made to end GBV by 2026 with a view to realising the rights of women and girls.

Debora Otambo, advocacy officer at Kisumu Medical Education Trust said while the commitments are profound they fear that they will remain as mere aspirations if the government does not begin to implement them.

Otambo called on government to guarantee the rights of  women by investigating and prosecuting all perpetrators of violence against women.

She said government should use relevant agencies including the police and the Office of the Director of Public Prosecutions during the political primaries, elections and after.

She said media and key government structures such IEBC can conduct the voter education to serve as a deterrent to potential perpetrators and eliminate ignorance as a justification for illegal conduct.

How to help GBV victims get justice

Women group pushes for key positions in next government

Maendeleo Ya Wanawake Organisation said they can influence the outcome of the presidential election
News
4 months ago
“WATCH: The latest videos from the Star”
by FAITH MATETE Correspondent, Kisumu
Nyanza - Page 29
05 April 2022 - 22:00