Court to decide Friday whether Wanjigi should be on ballot 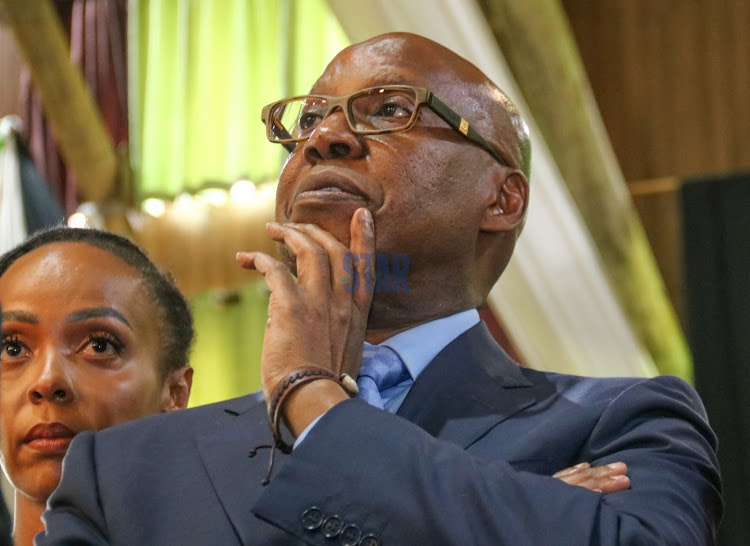 Safina presidential candidate Jimi Wanjigi when he appeared before the IEBC for clearance at Bomas of Kenya on Monday, June 6, 2022.
Image: FILE

IEBC will on Friday know whether they will be forced to stop printing presidential ballot papers to include Jimi Wanjigi’s name.

The electoral agency began printing on Thursday of all ballot papers for the August 9 polls.

However, Wanjigi wants court to compel the commission to order IEBC chairman Wafula Chebukati to include his name as a presidential aspirant.

Wanjigi will know whether he will be on the ballot paper after Chebukati declined to clear him for not meeting the requisite requirements.

On Wednesday, he lost a bid to halt the printing process until court can determine whether his name should be on the ballot or not.

The electoral commission had argued that stopping the process would leave the country in a constitutional crisis because the ballot papers have to be ready before August 9.

On Thursday in court, the Safina presidential aspirant through his lawyers put up a spirited fight to convince the court to find that IEBC Dispute Resolution Committee erred in dismissing his complaint.

The electoral agency declined to clear him on grounds that he did not submit a degree certificate and also for not having enough signatures from a majority of counties.

Through lawyer Omwanza Ombati, Wanjigi said that Chebukati should have cleared him because he submitted a letter of completion from Daystar University.

According to a letter from the university, the businessman has completed course work in relation to a Bachelors of Arts in International Relations and Security Management.

IEBC lawyer Moses Kipkogei told court that even though Wanjigi produced transcripts showing he completed his studies, the said transcripts were not certified.

The agency also said that the Commission of University Education confirmed that Wanjigi indeed holds a degree but he failed to produce the certified to IEBC as is required.

Kipkogei further said that the businessman did not produce the ID card or passports of at least 2,000 supporters registered in each of the majority counties.

He claimed that Wanjigi got names of supporters and went and got ID cards from other people so their names do not correspond.

Kipkogei also dismissed the allegation by the businessman that one of the members of the IEBC committee which heard his complaint was Chebukati’s personal lawyer.

Omwanza had claimed that George Murugu who was the chairperson of the panel was Chebukati’s lawyer so their findings should be annulled.

But Kipkogei told court that Murugu was not Chebukati’s personal lawyer but he is among a pool of lawyers who represent IEBC in lawsuits.

Some claim the tribunal lacked jurisdiction to hear their complaints.
Counties
5 months ago

Wanjigi said the manner he was removed from the presidential candidates' list is suspicious.
News
5 months ago

It's not over - Wanjigi tells IEBC disputes tribunal