Oceans are getting warmer by the day, affecting some marine species

• The Inter-African Bureau for Animal Resources said rising temperatures in oceans have adverse effects on the ecosystem of the water bodies.

• The Inter-African Bureau for Animal Resources is working with stakeholders to ensure the blue-economy's potential is fully tapped. 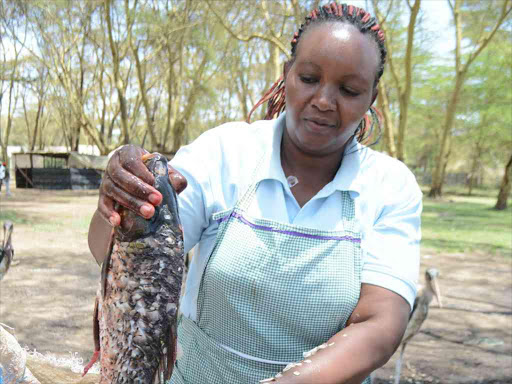 The African Union said fish catch, mainly in oceans around the continent, is expected to drop sharply in the coming years, hurting thousands of families that depend on fishing.

The Inter-African Bureau for Animal Resources said rising temperatures in oceans have adverse effects on the ecosystem of the water bodies.

The revelation was made at Lake Naivasha Resort during a meeting on conserving aquatic biodiversity in the African blue-economy.

He said this has been worsened by rising water levels due to the rapid melting of ice and high tides all caused by climate change.

“As the water temperatures rise, this has forced some species to relocate and this will have negative implications on fish catch in the coming days,” Adjorlolo said.

He said the Inter-African Bureau for Animal Resources is working with stakeholders to ensure the blue economy's potential is fully tapped.

“The blue-economy has high potential in terms of tourism and aquatic resources and we are keen to support member countries to tap this,” Adjorlolo said.

He said environmental degradation, carbon emissions and pollution were some of the challenges contributing to climate change and a drop in fish catch.

“As the fish species relocate to the deep sea, this has forced fishermen to use more fuel to get a better catch, further worsening the situation,” he said.

Seisay lauded cage-fishing, saying it is one way of increasing fish catch. However, he said that the system should be well-utilised for maximum yield.

AU-IBAR acting director Nick Nkwakpa said they want to develop the capacity of member countries to fully benefit from the blue economy.

“We have developed a framework on improving the blue economy and we have moved to implement it as we believe that many people can benefit from the opportunities offered,” he said.