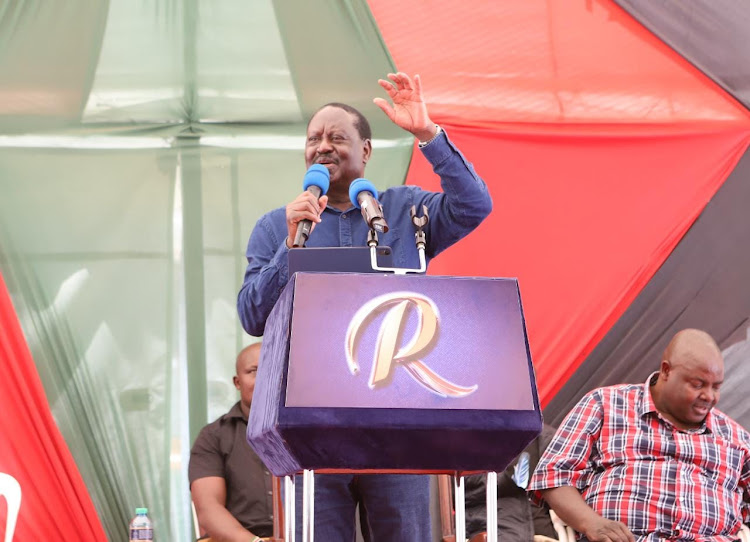 Rallies planned by the opposition over the alleged government witch hunt on the four IEBC commissioners who opposed the presidential election results are uncalled for. At least not at this time, Kenya is facing a myriad of challenges.

Our Constitution provides for the right to show disapproval or displeasure through protest by any person or group of people, but at times, leadership appeals for our benevolence over rights.

Prof George Saitoti once observed that "there comes a time when the nation is more important than an individual". And I believed him.

Kenyans have enough inherent issues to concern themselves with, that no regime has had courage to confront: Tribalism, unemployment, corruption and the high cost of living.

They are getting frustrated with the leadership's inability to fix these historical issues, and all they hope for is government's remorse and a show of understanding, let alone the ability to handle these challenges.

At this juncture, the least Kenyans can take is anything that can paralyse their day-to-day hustle. Unfortunately, any eventuality that can result in this may not receive a rational interpretation by the public, causing an unexpected rampage that could prove too expensive to reverse.

Interestingly, it may not really matter whether the government or opposition is to blame, as long as the people are pushed further, their reaction could be catastrophic.

These calls for responsibility from both sides of the divide because no one, including Kenyans, could benefit from such an event. Kenya's present situation has no room for political gimmicks or showdowns. The public is tired and frustrated.

Rallies and demonstrations will further frustrate Kenyans, both those in the rallies and those staying home for fear of losing their goods of trade, and many already battling unemployment.

Perhaps diplomats and clergy should earnestly call the nation's attention to this; otherwise, anything that can scare away development partners and investors will have far-reaching effects on the already tense situation.

Leaders in the ruling party should desist from mocking the opposition with 'nusu mkate', or handshake remarks. If anything—though disputed—that is what has saved Kenya in two notable critical moments: 2007 and 2017.

What's wrong if the opposition is cooled through any witty arrangement as time is allowed to fix some ugly issues, rather than courting an unorganised revolution that can throw a country into uncertainty?

The government should not appear to dare the opposition, nor should the latter think of success in this political contest. The presidency should take note: in a country like ours, where institutions still struggle for independence, the leadership can't miss the grey areas on which the opposition can capitalise by rallying people against the ruling regime.

With the evident public agitation, the trigger may blow up the entire system indiscriminately, leaving none to benefit.

Divine intervention is therefore urgently needed to coax the ruling elite to restrain its power ego as the jilted opposition is persuaded against pursuing a zero-sum game to the detriment of the entire nation.

Raila declared plans to have a mass protest on Wednesday.
News
2 months ago

The trial of the embattled commissioners was a key plank of Odinga's protests.
News
2 months ago
Post a comment
WATCH: The latest videos from the Star
by ERIC SIMATWA
Star Blogs
06 December 2022 - 04:00
Read The E-Paper