The promise of devolution is being choked by corruption.

•Some who have been removed from office are now becoming favourites for similar positions in other counties.

•Political parties are partly to blame for the lack of integrity in the nomination processes that sees corrupt leaders being brought back into the leadership arena. 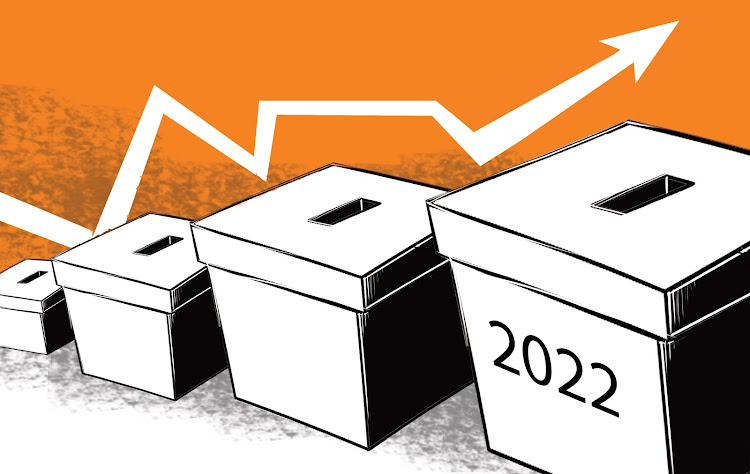 One of the biggest promises of a new constitution was the prospects of devolution changing the lives of Kenyans, especially away from the capital.

In many ways, the lives of ordinary Kenyans have changed for the better as more resources are devoted to the county governments. Even with its challenges, devolution has opened up many parts of Kenya hitherto unserved by the government.

But as many Kenyans feared, when we devolved power and resources, we also devolved a lot of the vices we wanted to get rid of: abuse of power, corruption, negative ethnicity, etc.

Among these, corruption seems to have not abated at all over the years. Indeed, county governments are as corrupt as other national institutions, sometimes worse, with several county officials engaged in open theft of public resources.

Governors are transferring public assets to their family members, awarding tenders to their cronies in return for kickbacks, others employing their relatives without due process and general bad manners that we are known for as a country.

Suppliers, many of them from vulnerable groups like women and youth, are going for years without being paid, and even when they do, the bribes used cannot match the profits they make. Many suppliers have gone bankrupt and taken their own lives.

The promise of devolution is being choked by corruption.

The Ethics and Anti-Corruption Commission (EACC), Transparency International (TI) Kenya and the Kenya National Audit Office affirm that corruption is rife in counties, in the form of bribery, nepotism, patronage, embezzlement and mismanagement of public resources, among other ways.

It is quite evident that just like the national government, devolved governments are prone to corruption.

And given that most of these leaders bribed their way into these positions, this was expected as they race to recover their “investment”.

Most Governors took over the office by buying votes, and the reality is that the citizens are now reaping what they sowed.

It is quite clear that in public service, corruption is rife, and County Governments have not been left behind.

This is backed by the fact that at least 12 Governors have been charged with corruption since the inception of devolution, with two of them being removed from office for the same.

Unfortunately, we are seeing a trend where the same corrupt individuals seek and are re-elected to public office. Kenyans should reach a point where we completely stop the trend of voting in corrupt leaders and crying foul when the economy struggles.

Some of the Counties whose Governors were accused of corruption include; Nairobi, Tharaka Nithi, Samburu, Murang’a, Kirinyaga, Kisumu, Migori, Busia, Siaya, Kiambu, Bungoma, Machakos, Kitui, Homa Bay and Nyandarua. In these cases, some governors transferred public funds to their family members’ bank accounts; others paid air tickets for friends and family; others allegedly embezzled Covid-19 funds through irregular procurement; others were accused of abuse of office while more have been accused of nepotism, irregular hiring and promotion of staff and some mismanaged public funds.

In the upcoming August General Election, many of these culprits have publicly declared that they are still vying for office, and they have managed to mobilise supporters to their course.

Some who have been removed from office are now becoming favourites for similar positions in other counties.

Political parties are partly to blame for the lack of integrity in the nomination processes that sees corrupt leaders being brought back into the leadership arena.

It is a shame that some major political parties have given direct tickets to county and national officials who have been removed from office for misuse of public funds and abuse of office.

Kenya has in place an established anti-corruption legal and institutional framework that can be used to address corruption in the counties as provided for in Chapter Six of our Constitution.

In line with this, all public officers are required to adhere to and uphold the principles of ethical leadership and good governance in executing their duties while in office.

In addition, there is a requirement for aspirants vying for these positions to be cleared on their suitability to vie for these offices. Furthermore, donor-funded devolution programmes have incorporated measures to support transparency and accountability in the counties.

The Judiciary has also pronounced itself on the issue of the need for corrupt officials to be barred from being in office when they have active cases against them.

The ruling by Justice Mumbi Ngugi holds that governors, like other public servants, should step aside once charged with criminal offences.

Justice Ngugi likened governors charged with corruption to sick people who should stay at home until they recover.

In this era of Covid-19, she could probably have likened them to those infected that should be isolated until they test negative for the virus. In her words, she said, “In this case, the applicant is charged with a criminal offence; he has been accused of being in ‘moral ill-health”.

And finally, if we ever have to amend the Constitution, Chapter Six will need to be relooked at to ensure that we have a firm way of barring people with questionable integrity from seeking public office in the future.

As it stands, they find cover in provisions of Chapter Six that give them reprieve until all their avenues of appeal have been exhausted.

For now, all we can hope for is that Kenyans are vigilant enough to ensure those who try to buy their votes with stolen public funds do not get to go back to those offices to continue pilfering our taxes.

Haji and Twalib asked Kenyans to ensure that right leaders are elected.
News
4 months ago

Implement Chapter Six to save Kenya from the corrupt

It is one of the most progressive provisions of our Constitution after the Bill of Rights.
Opinion
4 months ago