KAGONI: What the next President should learn from Kibaki

When Kibaki came into power, he opened new frontiers which are the Key drivers to any economic growth.

• You see, when Kibaki came into power, he opened new frontiers which are the Key drivers to any economic growth.

• You must have heard of the countries referred as BRICS - Brazil, Russia, India, South Africa, also known as the emerging markets. 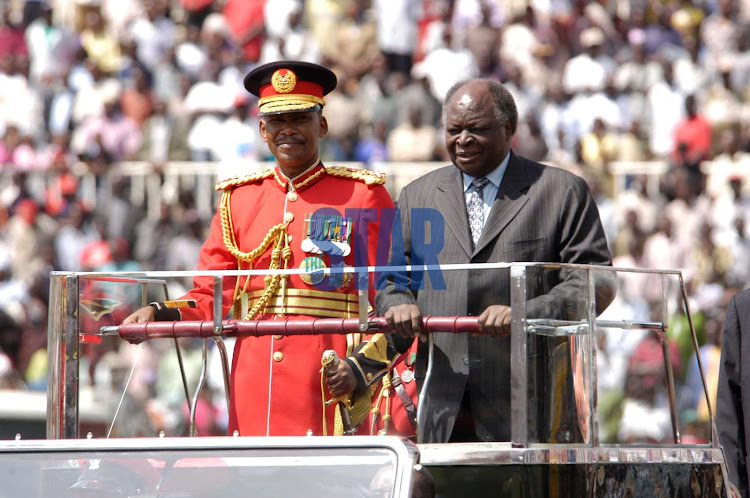 Few years ago, the Kenyan economy was growing, jobs were not a struggle, banks started to register profit in billions, millionaires club grew larger, home owners were on the rise, the purchasing power was high, many people moved from owning one car to two to three, middle class earners increased, people discovered China and Dubai, and private schools became a boom.

Many people enrolled for tertiary education, revered PhDs that were prestige of chosen few became an open forum subsequently opening more middle level colleges and university which the government intends to scale down their management now due to high cost of running them, young people are doing boda boda, going for holiday became an annual affair if not bi-annual, Mpesa shops are everywhere, media houses were all over, secondary careers such as photography, tour agents, online services, land selling companies e.t.c all of them were great ventures.

However, things have started to slow down, people are closing down, loosing theirs jobs, the circulation of money is a bit slow, getting an attachment is as hard as getting a job, warehouses are closing, phone sellers used to do a minimum of 5 units a day, today they are doing 2 units in a week, a Boda boda could earn you a minimum of Sh400 a day after paying the rider, that’s no longer the case, home developers are stuck not even brilliant promotions strategies will see them through, we have more graduates than Diploma holders, loan defaulters are on the rise, you can name the challenges.

Many people have associated this with the politics and the governance of the day, calling President Uhuru Kenyatta to return the economy where he picked it from Kibaki, the society is annoyed, the grumbling is very loud. Others have thought it must be the debts the country is enduring, perhaps the cost of running devolution which incidentally is only 10% of our budget, maybe it’s the corruption (and by the way only Sh230 billion is missing from circulation) that’s like 7% of the annual budget in an ideal fiscal year. Maybe its the high cost of recurrent expenditure which stands at Sh650 billion annually. (incidentally the cabinet is half what Kibaki was running).

Let me save you harder thinking, all this factors have an Impact. In fact, many economists have taken time to analyse each factor and drawn some deductions out of it, sometimes using economics language that is difficult for some us.

But let me address the elephant in the room, a factor that I haven’t seen many addressing. You see, when Kibaki came into power, he opened new frontiers which are the Key drivers to any economic growth.

1. He opened the country to mobile phone technology as a frontier.

2. He opened us to auto world by allowing vehicles that are not more that 8years old to come to the country (before year 2000 car owners were very few as many would not afford brand new vehicles) this means many auto shops, many mechanics, many car accessories dealers, many fuel stations e.t.c.

3. He opened road infrastructure leading to massive construction; as a frontier this means many hardwares, fundi’s, and contractors

4. Naturally other frontiers opened on their own such as Boda boda industry whose time was ripe employing millions of people

5. He opened the stock market to us as new frontier and this means more investors, more stockbrokers, more stock agents, more listing e.t.c.

So when the current Regime came into office, they carried on with the same activities as Kibaki, Henry Rotich specifically failed to notice that these frontiers had started to saturate and subsequently stagnate the growth. In fact, we have no market frontier in Kenya today and therefore nothing to stir growth. We are continuing to saturate what Kibaki left us with and therefore the effects we are seeing.

Ruto and Raila must reflect and question the obsession of capital projects for government, which basically have never been revenue generating.

You must have heard of the countries referred as BRICS - Brazil, Russia, India, South Africa, also known as the emerging markets. This is where we need to draw our lessons fast lest we all become broke.

These countries stir their growth with new frontiers e.g India is leading in software engineering and medical tourism, Brazil is a major exporter of cash crops such as coffee and dairy farming, Russia is big in Gas and ammunition’s, South Africa has positioned itself as the headquarters of Africa and therefore receiving a lot FDI (foreign direct investments).

Kenya possesses natural advantages which can be explored fast and before we engage on the hardcores, I want to suggest some so as to save this country and help Uhuru Kenyatta earn his legacy faster even after defeating corruption.

They include; University education- both in East and Central Africa, students esteem Kenyan education and want to come to Kenya for it. Let’s grab this and enable foreigners from these countries to come for education trips. This means more hostels, more towns like Thika due Mt Kenya University, more small traders, more laptop and booksellers, more lecturers, more transport and more hotels.

Health tourism- if we only enhanced our game in this sector, reduced medical negligence, acquired sophisticated machines we would become like India in Africa. It’s cheaper to travel from Zambia, Malawi, Burundi, Congo to Kenya than to go India. It’s a low hanging fruit let’s do it. More lodgings, more guides, more hospital employment, more chemists, more flights etc.

Let’s bring Dubai to Kenya , all we need is more warehouses, it’s cheaper to travel from Ghana, Niger, Angola, Mozambique, Namibia, Botswana to Kenya than to Dubai. We don’t have to manufacture anything just repackage it and be the franchise of the world brands, Dubai don’t manufacture cars, phones, bags and other accessories they just repackage them from Japan, Taiwan.

Let’s just farm what is consumed elsewhere, all we need is to map which region to grow what for west Africa, middle Asia, Europe and America. You will never saturate the world with food. We have land, good climate and we are farmers only that we need to be more deliberate and pragmatic. When we are done, we can focus on housing and manufacturing.

This is what BRICS are doing, this what Singapore, Malaysia, Taiwan, Hong Kong did. We are middle class country lower carder and therefore we must change our thinking.

This is a tribute to The Economist Mwai Kibaki