Why is Cryptocurrency popular among Kenyans?

• The blockchain technology on which bitcoin and other cryptocurrencies work is one of the safest, efficient, fastest ways to make easy and smooth digital transactions.

• With approximately $1.5 m worth of transaction alone in Kenya is the ultimate proof of the immense popularity and interest in cryptocurrency by the Kenyans. 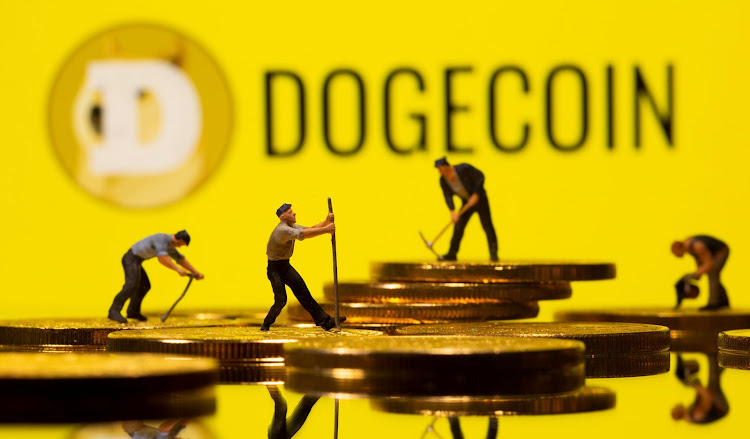 Small toy figures are seen on the cryptocurrency representation with Dogecoin logo in the background in this illustration picture taken April 20, 2021.
Image: REUTERS

Cryptocurrency in Africa has picked a lot of steam in the last few years. From Zimbabwe, Nigeria, Botswana, Ghana to the largest yet struggling part of Africa-Kenya.

It is not surprising to know how Kenyans have made whopping profits out of cryptocurrency trading without migrating to any other country.

However, the recent coronavirus situation had caused an immense disturbance and a series of varying financial crises in the country.

But, the sudden unexpected yet extremely successful use of cryptocurrency in Kenya broke all the records of its earlier development period.

With approximately $1.5 m worth of transaction alone in Kenya is the ultimate proof of the immense popularity and interest in cryptocurrency by the Kenyans.

In all this echo, we cannot ignore the strict rules and regulations imposed by the central bank of Kenya on the use of cryptocurrency in the country.

Despite all this, Kenyans didn’t move a step back to make the best out of their cryptocurrency trading through the Bitcoin Digital app.

By saying this, let’s jump to the details of why cryptocurrency is popular among Kenyans.

Reason for cryptocurrency popularity in Africa

Among more than 4,000 cryptocurrencies present today, Kenyans have been observed to take immense interest in trading Bitcoin.

Not only do they believe bitcoin trading is a relatively safe option but also the most powerful one to make incredible profits. That is why Kenyans today successfully mark themselves in the countries with the highest bitcoin trading volume.

Surprisingly, numerous cities in Kenya have initiated accepting taking payments in the form of cryptocurrency. Before the arrival of cryptocurrency in the country, Kenyans had already been using different digital apps like M-Pesa and other popular payment systems. But, nothing has been this popular as cryptocurrency is today.

The blockchain technology on which bitcoin and other cryptocurrencies work is one of the safest, efficient, fastest ways to make easy and smooth digital transactions.

Yet, Kenya has finally realized the potential of blockchain and is accepting it with open arms. Numerous small-scale startups and tech companies have adopted cryptocurrency to avoid third-party involvement in their money dealings.

As mentioned, Kenya had been prey to several illegal activities such as money laundering, theft, kidnapping, etc.

With the use of cryptocurrency, Kenyans were able to protect their hard-earned money in the form of digital coins that can’t be processed into illegal activities. On this account, the individual vendors and companies allowed the customer to pay through cryptocurrency.

We have pressurized much on the use of bitcoin in Kenya. According to a recent study, approximately 40,000 people in Kenya have been involved in trading cryptocurrency and doing transactions from this trillion-dollar crypto.

However, there’s extreme interference of the government in dealing with cryptocurrencies among the Kenyan organizations. To deal with this, the traders have found numerous alternatives in facilitating their cryptocurrency trading.

The decentralized distributed ledger on which cryptocurrency works clearly defines cryptocurrency as a highly volatile asset that you can transact as many times around the globe.

However, the central bank of Kenya marked cryptocurrency as a property like real estate that should be taxed on every transaction. This interference of the government in the taxation of cryptocurrency was due to the immense crypto popularity in Africa.

Also, the government has constantly been observing the speed at which Kenyans make profits through cryptocurrency and how it has impacted the social and financial situation in Kenya.

Kenya has always been set back when it comes to making digital transactions in different parts of the world. Cryptocurrency became a major helping hand to the country in sending and receiving payments from different corners without any third-party involvement.

It is now pretty clear why cryptocurrency has acquired significant popularity in Kenya in such a short span. Like every everywhere, traders in Kenya struggled a lot before progressing with their cryptocurrency trading.